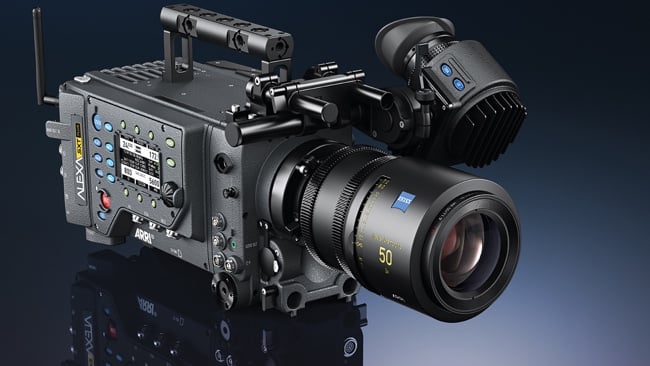 The ALEXA SXT: Becoming the Swiss Army Knife of cameras

In common with many companies at NAB 2016, ARRI didn’t have any single headline grabbing announcement, but upgrades to the ALEXA SXT and AMIRA, alongside two new lenses, were all worthy of serious attention.

ARRI has positioned the ALEXA SXT to be a true workhorse for a new generation of productions, from HD through 4K and into HDR, and thus it gets four new recording formats to keep it at the top of many people’s hit lists.

ProRes 2K and 4K Cine Anamorphic are both added, which the company says offer the most economical route to the best overall image quality with anamorphic lenses. The camera creates a ready-to-view ProRes image in the 2K or 4K DCI delivery format, with no debayer, cropping, re-scaling or de-squeezing needed in post.

Open Gate ProRes 3.4K is basically Open Gate with a lower data rate and combines the immediacy, speed and economy of ProRes with the resolution advantages of Open Gate. And ARRIRAW 3.2K is capable of up to 120fps and offers the largest pixel raster that also fits inside the image circle of most ARRI Super 35 PL mount lenses. It is less of a data load than 4K, but enough resolution for padding or up-sampling.

And, if you were wondering, that brings the total number of recording formats for the camera up to 14. It’s becoming a bit like a Swiss Army Knife. Even more so when you realise ARRI has also added four independent monitoring outputs which can cater to the needs of different people on set. Each output has completely independent settings such as image processing, surround view, status info, peaking, and false color. And, as the colour range captured by ALEXA is larger than that needed for Rec 709 or Rec 2020 output, so ALEXA SXT allows an independent Rec 709 or Rec 2020 setting for each MON OUT. ALEXA recording has been HDR since 2010, and it is now very much prepared for HDR monitoring on set.

A new media bay supports larger and faster SXR Capture Drives and is pleasingly backwards compatible with existing media. Interface enhancements include a single speed mode that makes frame rate changes faster and an improved new web remote, while under the hood the SXT has some new components including electronics and image processing from the ALEXA 65, as well as colour management and noise reduction from the AMIRA.

Speaking of the AMIRA, amongst other improvements its v4.0 software update adds a new ProRes S16 HD recording mode, that takes a Super 16-sized crop from the sensor and scales it to a 16:9 HD picture in any ProRes codec. This is one of those seemingly innocuous firmware updates which can have a load of benefits, enabling productions to mount Super 16 optics on the front of the machines either to save money, use a smaller lens, or simply to access a vintage look. The fact that it extends the focal length of 35mm lenses by a factor of 1.8 is just a bonus.

Lastly, two new focal lengths have been added to the Master Anamorphic series developed collaboratively by ARRI and Carl Zeiss. The 28 mm MA28 shares the fast T1.9 aperture speed of all seven preceding Master Anamorphics, making it ideal for low light work and shallow depth of field. Meanwhile, the 180 mm MA180 has an impressively fast stop of T2.8 and a compact design, with a front diameter of just 95mm. It can also be used together with the ARRI LDS Extender 1.4x to extend the focal length to 250mm, and with the LDS Extender 2.0x to achieve a focal length of 360mm.