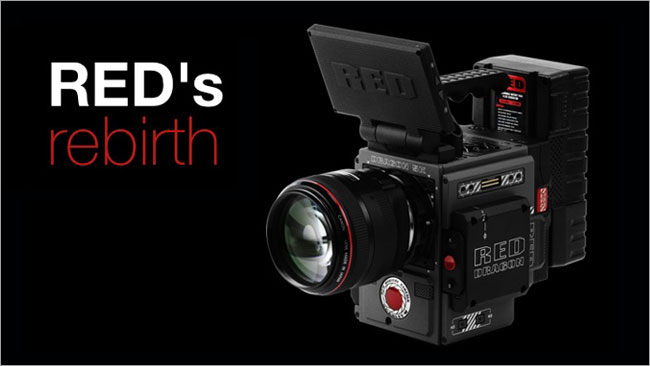 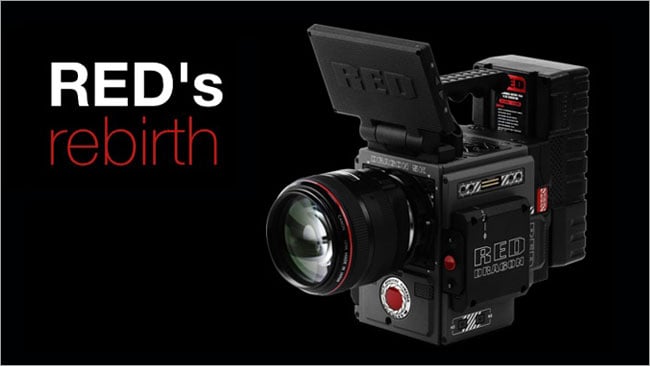 Nine years after: How RED went from being the enfant terrible of the new high resolution formats to an established player with a wholly refreshed line up.

In 2007, nobody was talking about 4K, except in highly theoretical terms. The only time you’d hear it mentioned would be in the context of delivering films for cinema. When the RED ONE first appeared, it was like an alien artefact. It looked like no camera before it. Nobody thought that a video camera could create images like that. Images that were good enough to use still frames for magazine covers.

Nine years later, RED is as much a key player in high end cinema production as the great names that have been around for the best part of a hundred years. By any measure, the company has done what it said it would do. It has been part of - and in some ways has actually caused - the digital cinema revolution.

But nine years is a long time in an era of exponential technology growth. And much as nobody saw RED coming along with their 4K cameras in 2007, nobody then could have foreseen the plethora of highly competent cameras that are available today for astonishingly low prices. And no-one would have predicted that we would effectively be in a post-scarcity age, where large sensor, cinematic cameras are available at practically all levels of budget.

This is a direct challenge to RED’s dominance. And here, for the first time, we’re going to show how they’ve responded to it.

RED has always trickle-fed news about new cameras, typically leaking snippets of information on their forum, posting “teaser” shots and generally fuelling speculation. And partly because of this, it’s possible to have not completely grasped the fact that RED has renewed its entire range of cameras - with four new models - over the last year. But there are bigger changes for RED even than that.

The biggest is that RED is no longer going to act like a start up, but more like an established company, which is what it has been for some time. They’re doing this because the landscape around them has changed, and they now have serious competition, at all levels. The good news for RED is that they now have a completely refreshed camera range that is fit for the purpose of taking on all the newcomers in the field of cinematic video. To some extent the range has been simplified too, with imaging chips all based on the Dragon sensor (scaled appropriately for the different cameras) and with the same accessories available across the range.

There’s another way of looking at this. For a long time, RED has traded on more than just its specifications. It’s been an aspirational brand. It still is, but it needs more ammunition than that to deal with the modern competitive landscape. The new, rationalised camera range, from the Raven at the entry level to the Carbon Fibre Weapons at the top, is their answer to this.

We’ve been speaking to RED in Los Angeles, London and Dubai over the last few months and the new ethos is very apparent. They’re more grounded. They’ve taken on new people who are engaged with the current trends. They know they have to work harder to get their message across.

And they have a good story to tell. The new range is more consistent and is clearly the result of a massive amount of strategic planning.

Camera buyers will always be tribal to some extent. It’s always been the same: just try converting a Nikon user to Canon or vice versa. In a way, the antidote to this is exactly what RED is doing. The company still has plenty of proprietary hardware, but now it is consistent across the range. Their workflows are getting easier and by adopting ProRes (and - recently announced - Avid’s DNxHD + DNxHR), customers who might have been scared off by a way of working that they perceived as complicated or non-standard will be able to access their material as quickly as anyone else. This opens up new markets like Drama and Sports.

And yes, there will always be people who are tempted to buy a RED camera just because it’s a RED. It’s a valid argument: clients will be impressed. But beyond that, the discussion needs to be far more nuanced these days. And that’s okay, because RED seems to acknowledge this. By opening up and joining the conversation with users (and people like us, the press), rather than having to see through the mist of hearsay and speculation, filmmakers will able to asses the cameras on their own merits.

And to see the fruits of the company's recent labours, check out our recent story "Forged": RED Weapon 8K footage which highlights the subtlety and the dynamic range of the format and the Weapon 8K's ability to maximise it.