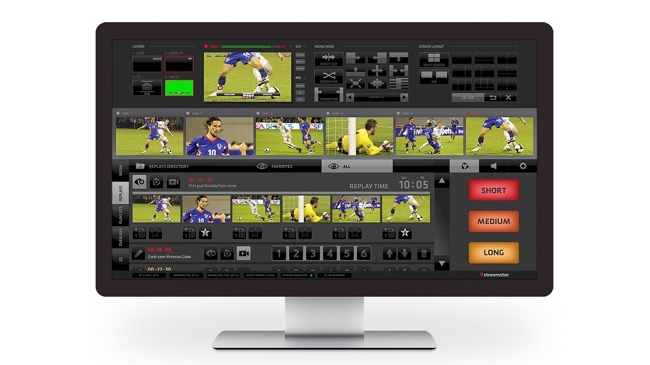 Streamstar Live Production system
Streamstar's live production system means that virtually anyone can create a live show, single handed.
Live video production is changing very quickly, bringing this previously expensive technology to new categories of users. It’s not just more affordable: it’s much easier too.
Streamstar, which produces cutting-edge live production software, has created a system where a single operator can produce complex and professional looking productions, using locally wired or IP connected cameras. It has radically changed the live production paradigm into one that is astonishingly simple and also reliable.
How is all this possible?

When technological and scientific revolutions happen, it's tempting to stick with the old way of doing things, just because they’re familiar. But this can hold back the rate of progress and make the new technology harder to use.  It’s as if when a cowboy sees the cockpit of a Jumbo Jet for first time, he asks “where do I attach the reins?”.
This is clearly the wrong approach. When you have new capabilities, you need new ways to interact with them. We’ll see in a minute how Streamstar has taken this on board and radically improved the live production user interface
There are two hotbeds of change in live video production, if you ignore the race to higher resolutions, which is not so much revolutionary as “more of the same”.
First, there’s virtualisation. General purpose computers are now so fast that - almost unbelievably - they can process enough streams of video in real time that they can function as a video switcher, complete with transitions and effects. There is almost no limit to the advantages that this brings. Touchscreens are the perfect compliment to this type of virtualisation, because they can be adapted instantly to act as virtually any sort of control surface. They’re far more flexible than a hardware panel ever could be. Streamstar has taken this new approach further than anyone else. 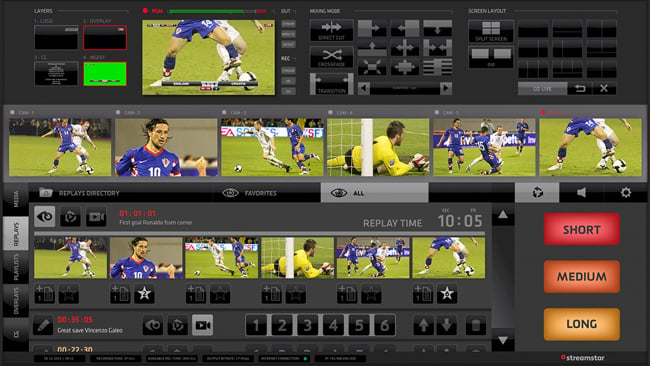 Second, there’s IP video, which means sending video over a network, using standard internet protocols and ordinary IT equipment. This doesn’t just make wiring cheaper. It makes it virtual. IP video networks can be reconfigured on the fly, and with minimal expense. You can connect cameras remotely to an IP network, and as long as they’re “visible” from the video switcher, they can be included in a production.
Finally, this does’t rule out legacy equipment. Cameras typically use SDI or HDMI for their output, and with suitable capture cards installed in a virtual video switcher’s host computer, these ‘conventional’ connections can be incorporated into the production as well.

JVC has a range of cameras that not only have conventional I/O, but can also output video over IP. This is an ideal scenario for Streamstar, which is able to take the IP streams from the JVC cameras and incorporate them in a live production, switched via its software and touch interface. Streamstar’s integration with JVC doesn’t stop there. Using a wireless network link with the cameras, Streamstar can remotely control virtually all the cameras’ functions from their control panel, live during a production. This includes focus, zoom and virtually every software function. No other live production system has this level of IP integration with a camera, and nor does any other system have the degree of flexibility this brings.
Conventional hardware switchers are complicated, because they do a complicated job. But when everything is virtual, almost anything is possible. There are no constraints caused “because that’s the way it’s always been done”. 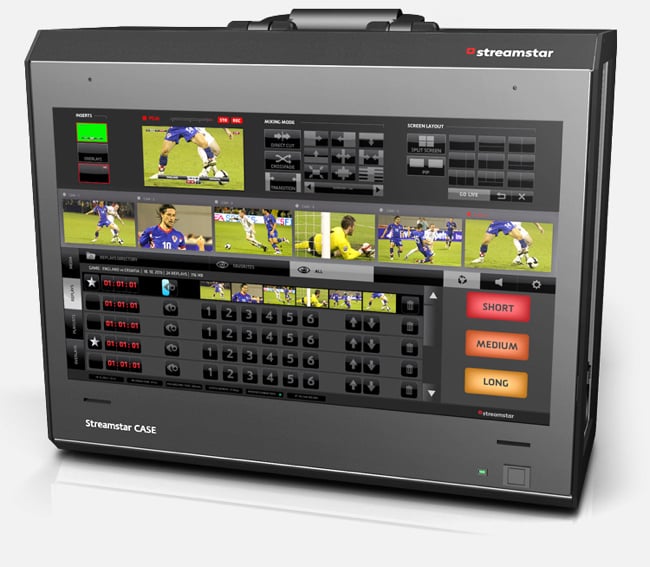 Streamstar has used this freedom to simplify the live production workflow to such an extent that it only takes a single operator to run an entire production, from camera switching, to action replays, to sports graphics.
Streamstar already has customers worldwide making live productions with what is probably the world’s most advanced software-based switcher.
Read more about how you can start making your own live productions here