In a chat with DoP Adrian Sierkowski, Phil Rhodes delves into his use of decades-old lenses as an antidote to that ultra-clinical feel of modern optics.

In the last year, we've spent a lot of time discussing lenses, with new offerings popping up at a huge variety of pricepoints from companies all over the world. So far, it seems as if there's more than enough room in the market for everything from Veydra and Rokinon's output up to Cooke (who has famously struggled to fill demand for some time). All of these things are good, but there's always room for the simpler things in life – and it sometimes turns out that there are good things to be had at the bottom of the market. 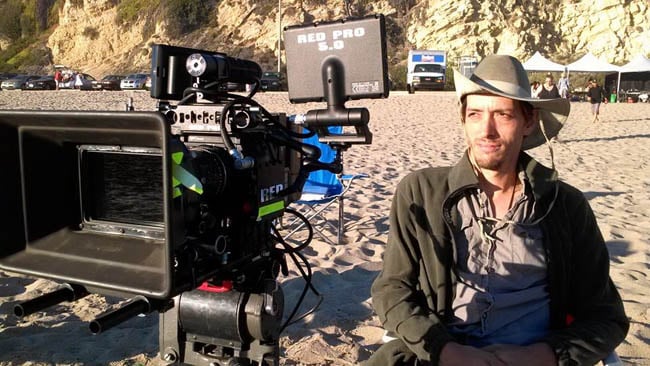 LA-based director of photography Adrian Sierkowski describes a horses-for-courses sort of situation. "I co-own a set of Rokinons in EOS mount. They go out all the time, they're very popular, they're very cheap... I'm probably going to buy a whole other set of Rokinons in Nikon mount with adaptors, so you can get double use out of them on Nikon and EOS cameras." The business case for this lower-cost glass is hard to overlook. "If you want a set of something to build on, go with the Rokinons. They [have lesser build quality], they'll break, but they'll work a lot. You can put them on a 5D, a Red Weapon, they're not dog boring, but they're technically good enough that they won't look like crap on the big screen." 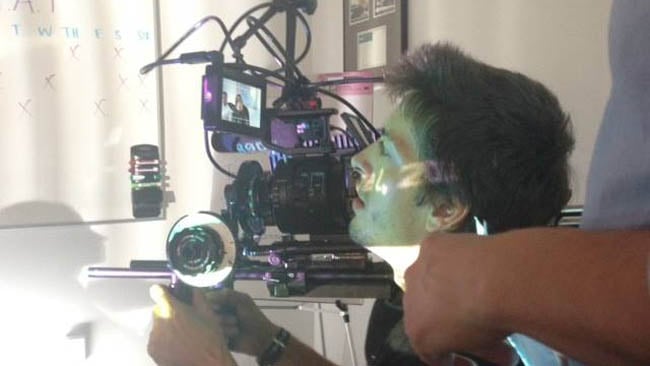 There are, however, situations when this sort of thing is unavailable or overkill. Sierkowski's roster of equipment includes a selection of lenses accrued over more than a decade which, like many purchases in optics, grip and lighting, retain their relevance well. "There's a few [Nikon mount] Sigmas in there. I use the E series from Nikon which are very cheap. They span a range from 35, 50, 135mm, and they're maybe a couple of hundred [US dollars] each, used." While these are not the world's most recent optical designs, Sierkowski waxes enthusiastic. "Especially if you stop down, a 4 or a 5 which isn't that hard to do these days, they're nice." Mechanically, while the focus throw is backwards compared to cinema lenses, the [focus] rotation is reasonably long and "it's a full level set that will all roughly match."

Choosing full-frame lenses, designed to cover the 8-perf-wide 35mm stills frame, has other advantages. "Paired with a Metabones speed booster on a [Blackmagic] pocket camera, they're great." This optical device reduces the size of the projected image from the 8-perf full-frame rectangle down to an image size more suitable for super-35mm oriented motion picture cameras, increasing field of view and reducing the need for very short focal lengths – but crucially also increasing the effective light level and reducing effective F-stop. The flexibility of the Nikon mount continues: "[Sometimes] I'll throw a on Fotodiox adaptor to make them EF mount or mount them on an Epic or a Canon EOS camera. The whole cost to me for a lens is maybe 175 for the lens and the dumb adaptor."

Obtaining a set of possibly decades-old stills lenses isn't something that can often be done as a single transaction. "I try not to buy off eBay anymore as I've had a bad taste in my mouth off eBay. I tend to buy from B&H Photo. At least B&H is a reputable dealer, maybe at least has some level of quality control. Buy from them, free shipping and if it doesn't work send it back."

Naturally, these low-cost optical solutions aren't the right choice for every production. They lack focus gearing and stills lenses in general can breathe badly enough to noticeably alter their effective focal length. Sierkowski is just as much at home behind Zeiss or Schneider glass, but in situations where there's a need for compact or unobtrusive equipment or a very particular look, the choice is easy. "I did use them on a web show that looked pretty good called Bobo Noir on a GH2. The whole style of that show was supposed to be a sort of vintage French new wave – a very ethereal looking production. I used all kinds of glass on that, old C-mount optics, a couple different PL lenses and all my Nikon lenses came out." 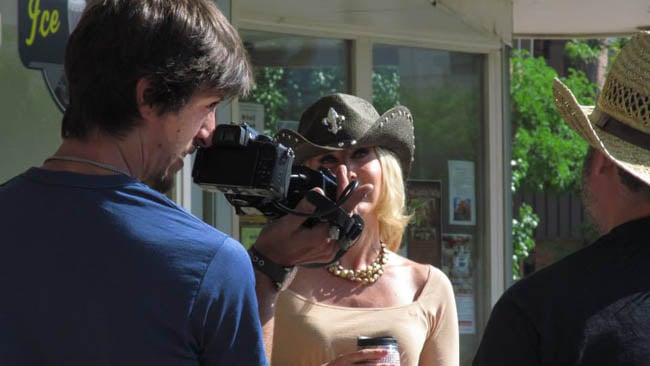 My, what a nice camera you have on that lens - B4-mount broadcast zoom on GH2

With a wide range of older lenses available, specifications vary, but Sierkowski urges caution. "People get so wrapped up on F-stop, oh, we need to have an f/1.4 lens for this stuff, it's Sisyphean for some reason. You're out there on these f/1.4 stills lenses, it's not going to be in focus anyway! I bought the 50mm f/1.4, can't remember what year it's from. I paired it with my Nikon F4 stills camera for about a week. It looked awful. I just couldn't deal with it. The contrast was gone, it seemed softer, the images just weren't nearly as good. I kept grabbing for my old E-series 50mm f/1.8." With most digital cameras working at a base ASA of 800, it isn't necessarily all that difficult to work at a more manageable stop, something focus pullers will find deeply calming. "Unless you're outside at night on a dim street with no supplemental lighting, you'll be at a 2.8-4 split." 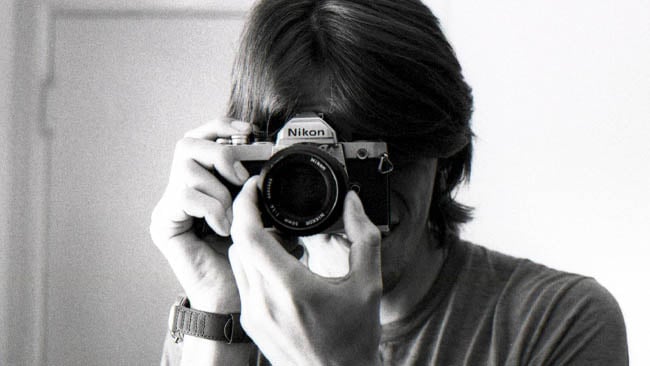 Much as Rokinon has made it easy to leave the world of stills primes behind, even at quite low budgets, Sierkowski is philosophical about his collection of historical glass. "Having these tools, like these old vintage lenses or my crazy filters, is substantially more important to the film than the fact that I shot it on an Alexa or an Epic. People don't respond to the camera so much, they respond to the overall feel. Lenses more and more feel like you're in some waiting room in a doctor's office; they're clinical, they're technically perfect, it's almost like an uncanny valley of realism, it's so real you can't suspend your disbelief... If you hire intelligent and artistic people and you have a good idea for your film, no matter what camera you're with, you'll find a way to make it work."