A beginner's guide to drone photography

We tend to assume that readers have at least a basic knowledge of drones for photography and video, but for anyone completely new to this idea, here's a nice, basic primer. By Liz Pekler.

Are you a professional photographer or shutterbug who wants to capture stunning aerial shots? Perhaps you've seen breathtaking aerial shots of mountains, coastlines and cityscapes and want to try something similar. Or maybe you've also heard about the recent advances in drone photography and want to purchase your own drone. Here are some things to keep in mind before you buy one.

Drones are aircraft that operate without a human pilot onboard. They're also known as unmanned aerial vehicles (UAVs) and unmanned aircraft systems (UASs). Drones are typically controlled via ground-based remote controls. Some drones are fully autonomous, meaning they're controlled by onboard computers.

Drones sold to the public fall into two general categories:

Fortunately, there are drones that come with high-end onboard cameras that can take detailed, high-quality photographs. Research the different drones and determine if the drone you're considering carries an onboard camera that fits your technical specs and features. You may also check online stores such as Adorama for drones that suit your photography skill level (i.e. amateur, enthusiast, or professional).

Depending on your chosen drone and camera, you may need additional photography gear before you take to the skies. For example, if your drone does not come with an LCD that transmits live footage, you'll need to purchase a video transmitter that broadcasts real-time video footage.

You may also need to invest in the right UAV and remote control to better control your drone when it's airborne.

If you're flying your drone in United States airspace, you'll need to abide by the rules set by the Federal Aviation Administration (FAA) (PDF download link HERE).

The FAA's rules regarding model aircraft operations are pretty straightforward:

Also, drones should not be flown in areas that aren't well-lighted or are experiencing turbulent weather.

Register with the FAA Before Flying

As of December 21, 2015, the FAA requires owners "of small unmanned aircraft (UAS) weighing more than 0.55 pounds (250 grams) and less than 55 pounds (approximately 25 kilograms) including payloads such as on-board cameras" to register their aircraft with the FAA.

Owners of model aircraft for hobby/recreational purposes will only have to register once and may use the same identification number for all their model UASs. 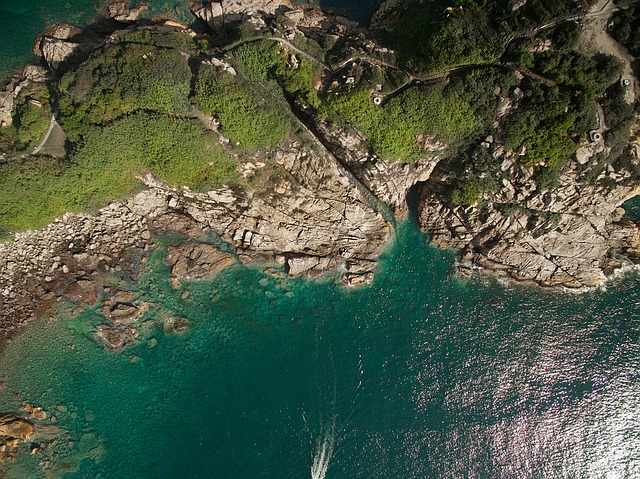 But before you take your drone out for a spin, fiddle around with it first without the camera attached. Familiarize yourself with the drone's controls and practice your landing (preferably in a wide, grassy field without crowds of people) until you get the hang of it. Remember, the better you are at handling your drone, the more precise aerial shots you'll be able to take with the camera.