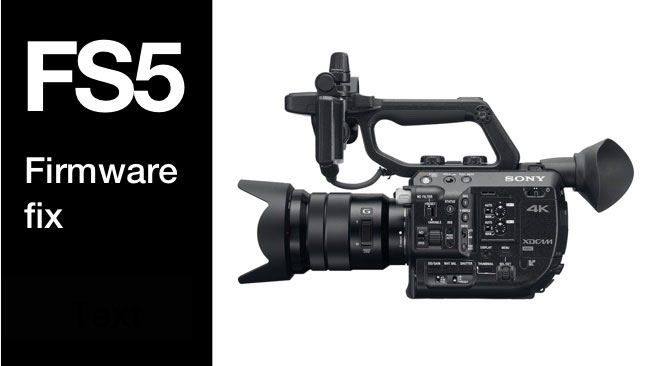 v1.1 firmware should fix most of the reported issues

Two issues are addressed in this update available today, one to do with codec performance in flat, graduated areas of the picture, and one to do with noise reduction artefacts in moving objects.

Engineering is a world of compromises. We want convenient storage, but high picture quality. We want high sensitivity, but low noise. This has been the case for years, but only in the last decade or so has performance begun to advance quickly enough to throw these issues into the limelight. This, though, has made people picky. In general, that's a good thing, even if you're a manufacturer, because cameras are becoming so difficult to differentiate that an informed customer is essential if people are to understand what makes a product good – but to do that, the customer also has to understand that there are choices involved, and what motivates the choices made.

All of this informs comment about noise performance on Sony's recently-released FS5. In the somewhat chaotic echo chamber of the internet, any perceived fault, or none, can quickly blow up into a storm of protest from people who haven't laid a hand on the camera but who have seen a heavily-compressed YouTube video from someone claiming there's a problem. A measured view is required and this is one reason why we have been cautious about writing too much on the subject. Now, though, Sony are releasing a firmware update aimed specifically at the concerns which have been voiced.

There are essentially two issues addressed in the update, one to do with codec performance in flat, graduated areas of the picture, and one to do with noise reduction artefacts in moving objects. Noticeably, both of these are concerned with noise. All cameras have noise. Many modern cameras use noise reduction, and all codecs are negatively affected by noise. This is especially noticeable when the bitrate is low, as it is on the FS5. One hundred megabits per second is really very little for a UHD frame, equating to only 25 megabits per HD quarter-frame. This makes low-cost media practical, but then again, if someone produced an HD camera recording 25 megabits per second, we would complain that the bitrate was too low. Then again, people also complain that faster media on the FS7 is too expensive, which brings us back to that choice thing. 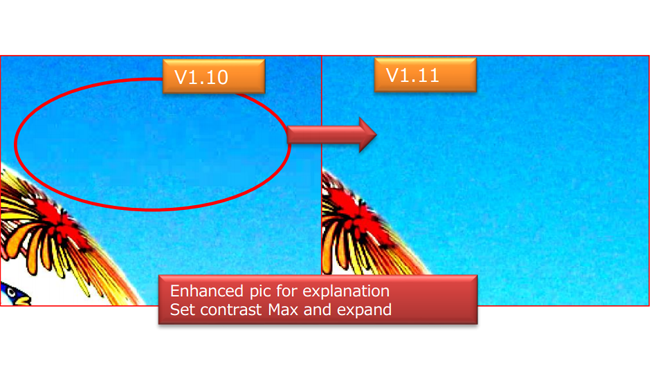 Regardless, the changes made by Sony do seem to improve things. The “before” image, taken from a camera running V1.10 firmware, shows areas where macroblocks – areas of eight by eight pixels – are rather more heavily compressed than those around them, producing a noticeable flattening of detail in the sky. Most of the detail was probably noise anyway, but the blurring of excessive compression is visible. In the V1.11 firmware, the detail is retained - or at least some sort of detail is present. Some encoders have historically decided that so long as some detail is there, the frame looks better, even if it isn't a faithful representation of the original pixel values, but I digress. The improvement is obvious. 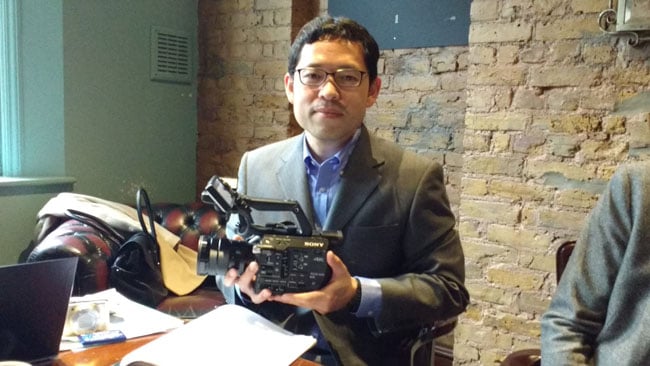 Katuyoshi Aiki is the engineer at  Sony responsible for the FS5

There's no such thing as a free lunch, of course, and the information used to better record the speckliness of a noisy sky (which we could reasonably refer to as diffusion dithering) must come from somewhere else in the frame. The specific techniques at play are something to which only Sony's engineers are privy, but the h.264 codec underlying XAVC is capable of fine control over – to get very technical – the quantisation parameters of each block. This is the fundamental expression of how the codec allocates bits to various areas of the frame and is a key way in which h.264 encoders differ.

Encoders that run on desktop computers, which have a lot of resources available to them, may use complex algorithms to work out which areas of the frame are most noticeable to human eyes connected to human brains. Simpler codecs, as are required for small, portable, battery-powered devices like cameras, may simply be optimised by aiming for the best possible peak signal-to-noise ratio (PSNR). This is enticing to the engineer, as it produces a simple, easy-to-understand number representing codec performance. However, sometimes it can provoke exactly this sort of artefact, in low-contrast areas of the frame which don't affect the overall mathematics very much but which are quite noticeable to humans. This rebalancing therefore seems reasonable. 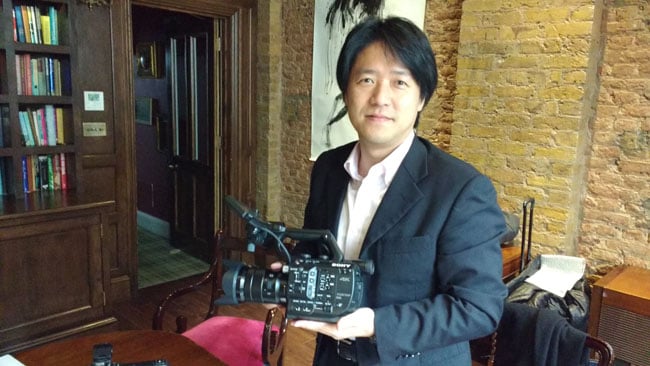 The second issue addressed by V1.11 of the FS5 firmware is one of noise reduction, which is a tricky subject at the best of times as there is, clearly, no absolute way to differentiate noise from detail. Techniques for de-noising individual still images are fairly common, but one of the most powerful ways of doing this is by comparing adjacent frames; put as crudely as possible, pixels with random brightness changes over time are likely to be noisy. This appears to be what Sony refer to as 3D noise reduction, and it has been criticised in the FS5 for creating “ripped edges” on motion. Sony states that the issue exists when the camera is in +9dB of gain, but don't say whether special noise reduction modes are selected in that situation, or whether it's simply the side effects of a noisier, higher-gain image. 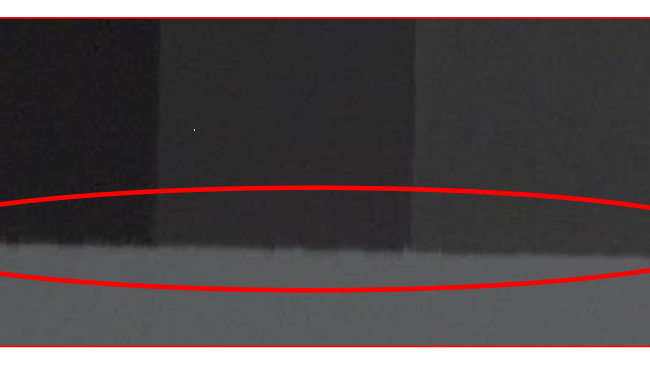 This is a common side-effect of 3D, or temporal noise reduction; as a sharp edge goes by, the change in brightness may be interpreted as noise, and smoothed out. As noise and other small inconsistencies exist in all images, the edge may be intermittently interpreted as noise, or not, along its length, and the result is a jagged effect in which parts of the edge are smooth and parts aren't. It's more difficult to be specific about the underlying technical background to this one, except to say that the decision as to what is noise and what isn't is likely to have been slackened a little, perhaps so that greater changes in pixel values are not considered to be noise. The tradeoff is more visible noise in return for fewer, less-severe noise reduction artefacts.

At the end of the day, all of this comes down to choices – do we want less noise, or fewer noise-reduction artefacts, and do we want greater sharpness or fewer compression artefacts. The changes made to the FS5 in firmware 1.11 seem reasonable and reflect popular opinion; they've also been rushed out fairly quickly. It's hard to complain.