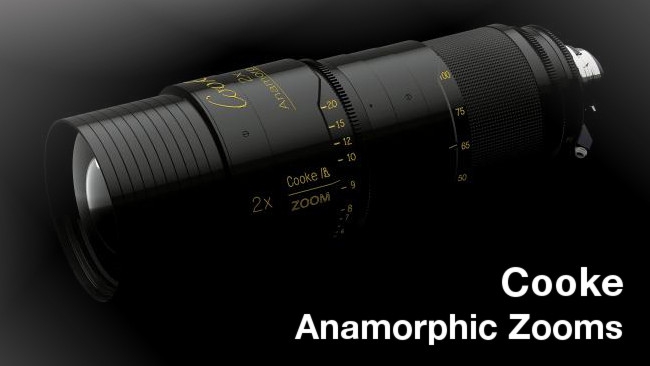 Depending who you ask, Cooke's lenses are like a fine wine, a well-matured scotch or anything else that takes a long time, costs a lot of money and makes you a bit giddy if you use it too much. Well, perhaps not the last one, but it's undeniable that the company has recently made a very fine living out of lenses aimed firmly at the very top of the market.

It isn't often that anyone actually designs a new set of anamorphic lenses. The original intent of anamorphic photography was to make best use of the available negative area when shooting for a very wide frame – the better to awe audiences which were, at the time, becoming distracted by television. Now, the attraction isn't so much the wideness of the frame; we can do that adequately with modern, high-resolution cameras and sharp glass and with perhaps fewer inconveniences.

Traditionally, anamorphic lenses were huge and weighty, often suffering very long minimum object distance and lots of flare and aberration. While the size, weight and focus distance limitations aren't any more popular now than they were then, the optical fireworks, including the iconic horizontal line through bright light sources, have grown in popularity almost as fast as digital cameras have become sharp and clean.

While successful, Cooke is not a large company and the available engineering resources have been dedicated to building up its anamorphic /i range for some time. Currently available as prime lenses with 25, 32, 40, 50, 65, 75, 100, 135, and 180mm focal lengths, zooms have been mooted for some time. The company has just announced its intention to show, at NAB, the shorter of the two planned models, a 35-140mm, which promises an extremely wide horizontal field of view given the nature of the anamorphic optics. Specifics of the second zoom haven't been announced, although a longer range of focal lengths beginning around the area that the 35-140 leaves off is a reasonable assumption.

If we consider designing high-end cinema lenses to be difficult and designing various different ranges of them to match in colour, contrast, flare characteristics and sharpness to be very difficult, we become aware of just what level of specialism these lenses represent. The close focus still isn't terribly close (the spherical S4 25mm will focus down to 10", whereas the 25mm anamorphic /i has a minimum object distance of 22"), but the range to date has been impressively compact and lightweight, at least for anamorphics. Price? Well, to be fair, lots. But we're talking about a field in which nobody likes to make excuses.