Is Panasonic about to release a new Varicam? 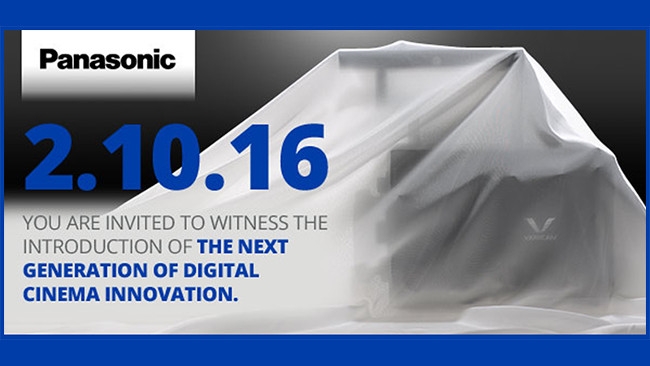 We've been invited to the launch of what we imagine must be a fairly important new Panasonic camera.

Why do we think this will be a big announcement? Because Panasonic is flying us to Barcelona for the big reveal on February 10th.

While Panasonic in Europe hasn't given us any clues about the new camera, the invitation for the equivalent US event, to be held on the same day, says "You are invited to witness the introduction of the next generation of digital cinema innovation" and, under a draped cloth, you can dimly see...something, and whatever it is it has a 'Varicam' logo.

The fact that this is described as a "cinema innovation" (and that it's a Varicam) means that it's probably not going to be the new GH5, rumored to be due this year. My guess is that the GH5 is more likely to be revealed at PhotoKina in Cologne in September - although that's quite a long way off.

More likely, Panasonic will reveal a smaller, cheaper Varicam, that's pitched at the same sort of level as the Sony FS7 or even a Blackmagic Ursa Mini. (Thanks to HD Warrior for picking up on the US invitation). If this is the case, it will be a fascinating development, because the marketplace at this level is already so competitive!

We'll be there at the Barcelona announcement, so watch out for details later in the day on February 10th.