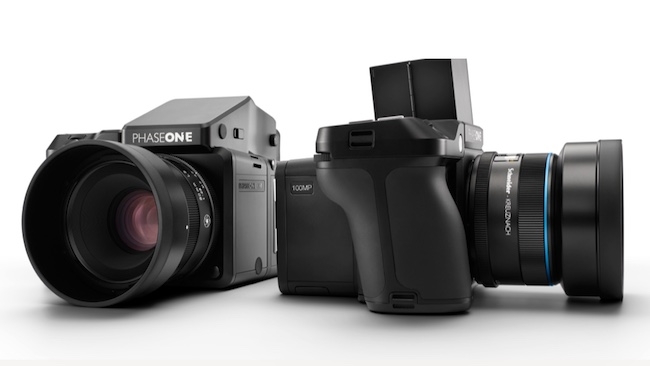 Phase One XF 100MP: does exactly what it says on the tin

The new XF 100MP from Phase One is just what you imagine it woudl be: a 100 megapixel camera. And it does, rather enticingly, feature a HDMI output.

Phase One's new XF 100MP camera system isn't quite the first to claim a hundred-megapixel resolution, given Canon was talking about a 120 megapixel device in 2010. It's probably easier to build a medium-format sensor, though, with that many pixels on it than the APS-C device that Canon was talking about. It's certainly proportionally easier to build a big sensor if your goals include high dynamic range and, of course, Phase One has enjoyed a good reputation of pushing for quality for some time.

Sharp or too sharp?

Naturally, this sort of resolution provokes concerns of its own, cucg as unflatteringly sharp rendition of people's faces, although that boat really sailed once cameras blew through fifteen or twenty megapixels. Perhaps the biggest issue is, as ever, lenses, or that part of photography we haven't yet found a way of digitising. As a medium-format device, the glass situation is a little easier if only because people are used to medium-format glass being expensive and they expect it to be precise.

Lenses aside, the operational considerations of landing an image of worthwhile sharpness on such a sensor are downright intimidating. Happily, the enormous resolution of Phase One's new sensor doesn't imply a lack of supporting features; things like 100% crop zoom and live view are present and correct much as we'd expect them to be. Depth of field on such a large imager is naturally very short compared to most moving-image formats, although the company makes much of the fact that the sensor covers the full-sized medium format area and does not require unusual viewfinder masking or mental arithmetic over focal lengths and relative fields of view.

The existence of a HDMI output does raise enticing filmmaking possibilities, although we don't know exactly how this works and how it might relate the size and shape of the sensor (and its huge resolution) to what's in the HDMI signal. Thoughts will turn at this point to Tron, which was one of very few films shot entirely in 65mm due to its optical VFX workload. Notoriously, the extremely short depth of field of 5-perf 65mm occasionally required actors to lean against lighting stands to avoid drifting in and out of focus and the crew needed to know not only which actor should be in focus, but which of their eyes. Managing these issues on stills is one thing – doing it on moving image work is quite another.

Naturally, the images shown by Phase One are impressive for their sharpness and detail. As ever, large resolution numbers aren't really about any real-world requirement to take photographs to be exhibited at that resolution. It's about convenience and workflow choices, so that, for instance, a close-up can later be made out of a wide shot without any perceptible compromise in image quality. The fight against aliasing does suffer from diminishing returns, however. Take a sensor a bit more than (for instance) 7K square and we have a 50-megapixel image. To get to 100 megapixels, we only need to go up to 10K square. We're storing double the data, but only 30% more linear resolution and therefore only 30% better resistance to aliasing. The effects of oversampling mean that the increased resolution may be more useful in certain situations, but in general, it's still reasonable to be cautious about cheerleading sheer numbers.

Still, Phase One's record of solid products is such that its 100-megapixel camera is likely to meet with professional approval. Nobody can complain about 'more' and the excellent dynamic range figures are somewhat reassuring. Rumours suggest that the asking price is around $50K.