What is the state of production technology in 2016?

Blackmagic Ursa Mini: one of the highlights of the last year

Great cameras, improving LEDs, but still gaps in the lens market and stagnating workstations: Phil Rhodes takes a look back at the last year's developments in production technology and where they might lead in 2016.

It would be nice if technology advanced in a straightforward and predictable manner, fulfilling our needs (with a minimum of disappointments). Because we all have different experiences and different requirements, it's next to impossible for the manufacturers to keep everyone happy all the time. The beginning of a new year seems like a good time to look at how happy we've been kept over the last twelve months.

We have great cameras

If there was an award for most-improved camera manufacturer, we'd give it to Blackmagic, because the Ursa Mini is not only the best camera the company has ever released, but also, at its particular price point, even the current 4K version is one of the best cameras of the last few years.

Why? Well, one of the things that's most satisfying about the 2015 crop of cameras is flexibility. Being as manufacturers no longer have to risk straining a muscle to produce cameras of significantly beyond-HD resolution, there was at least some risk of stagnation if they kept trying to promote numbers on spec sheets.

Happily, it seems to have been widely recognised that there are things to do with pixel count that aren't anything to do with the resolution of the final image. For a start, just downscaling the picture for increased sharpness and reduced noise is a huge booster of picture quality, even if we're interested only in HD. Sony's continued confidence in the F65 camera, with its extremely high resolution sensor, has a great technical justification here. At that level, camera choice is influenced by a huge web of factors that reach way beyond the spec sheet, but Sony can rest assured that there's no concern over either noise or sharpness on its still-great incumbent.

Even in less rarefied circles, the option to use the excess resolution to do useful tricks, like variable sensor sizing, is an absolutely fantastic development which we've only really seen come to fruition this year. At best, it can obviate entire camera purchases, potentially more than doubling the value of a piece of equipment. At a place in the market where equipment is widely owner-operated, the cost savings associated with this tricky little piece of electronics can be really eye-opening. 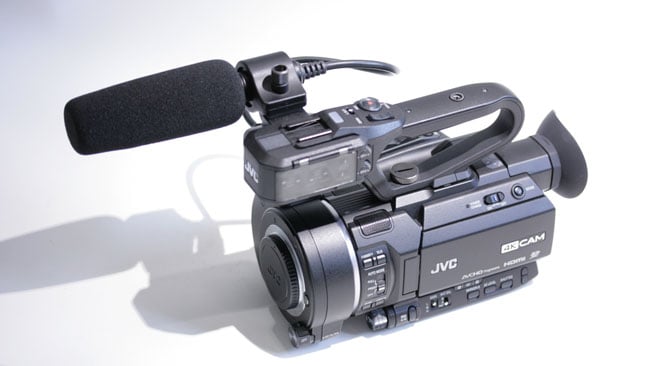 In light of Ursa Mini's forthcoming ability to take B4 lenses and shoot news-style, then, the nonexistent award goes to – er – JVC, actually, because the sensor windowing on the GY-LS300 is so complete and so capable and so nicely implemented that it deserves special recognition. If we were crass enough to give cameras scores, the LS300 probably wouldn't be a ten-tenths camera regardless, because the viewfinding is less than stellar and attempts to work around the fairly low-bandwidth recording are confounded by the eight-bit SDI output. Nonetheless, it is the first camera to offer this feature with a level of capability, especially taking into account the highly flexible micro-four-thirds lens mount. It's no surprise that we're already seeing the LS300 in the world, in use, deftly handling any piece of glass that's thrown at it.

And that's a big deal, because if there's been a field in which news has been mixed, it's glass. Canon's CN series, added to in April with the CN7x17KSA zoom, fills a niche, but at a cost. On one hand, there's justifications for this; if we wanted a high-range zoom to cover big chips in the late 90s (or even the late 2000s), the only options were massive 35mm-oriented devices which were as heavy as they were staggeringly expensive. Some might consider the 7x17 staggeringly expensive, too, at over US$30,000, especially given the half-stop loss from its T2.9 peak after about 100mm, although it looks good comparative to the popular Fuji Cabrio 19-90, which is a bit more money.

Back on earth, though, 2015 failed to produce a more affordable answer to the problem addressed by these lenses. There were interesting prime releases – particularly additions to the Veydra micro-four-thirds series, Samyang's lower-cost Rokinon-branded primes and its more expensive (but not nearly as expensive as, say, Cooke) Xeen range. All of this is extremely welcome, given the way camera prices have plunged, while lens prices haven't. The problem remains how to shoot documentary, typically in circumstances where really good manual lenses are most important, but least available. Running around with stills photography lenses in these circumstances is pan-galactically horrible and something's got to be done about it. It doesn't have to be the best lens in the world, but it does have to be under US$10K.

It's a bit much to expect Canon or Fuji to solve this, since they both have big-ticket competitors in the field and will doubtless hesitate to compete with themselves. This is a shame given that Canon is well-placed to do it, potentially by repurposing the glass from one of their stills zooms in much the same way that external companies sometimes do. This is not just a gap in the market; it is a gaping chasm.

LED lighting is widely held to be a cheap alternative that's capable of the same things as HMI. And it still isn't. Some particularly sensible companies, such as Photon Beard, have recognised the continued need for HMI. Early this year, Photon Beard released its 1200-watt HMI-powered open face light, the Platinum Blonde. The combination of the tried and tested HMI source and the efficiency of an open face light is compelling and the Platinum Blonde is a very powerful light that makes a lot of sense. 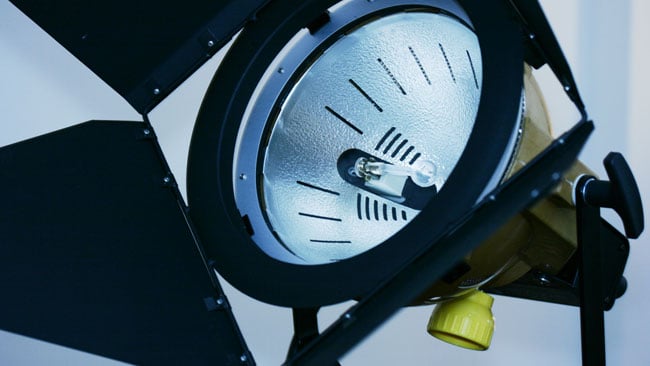 In general, the situation with LED is gradually improving. Many manufacturers would have us believe that the problems were all solved years ago, although that claim has been repeated at every major trade show for the last five or six years and there's still stuff being sold with a CRI of about four, even if we exclude the very cheapest, nastiest products from serious consideration.

The truth is that really good LED is still about as expensive per unit light output as HMI, although Mole-Richardson has made some strides toward this by adopting a fairly realistic pricing policy with its LED products. While the continuation of the can-shaped fresnel for the 900W SeniorLED is perhaps questionable from the point of absolute technical necessity, Mole serves a conservative market that has been making big movies look the way they do for decades using similarly-shaped objects and has clearly concluded that it's a boat best left unrocked. This takes nothing away, of course, from Zylight and its innovative and compact concertina-tubed LED fresnels – and Zylight publishes accurate TLCI data that other people sometimes don't. 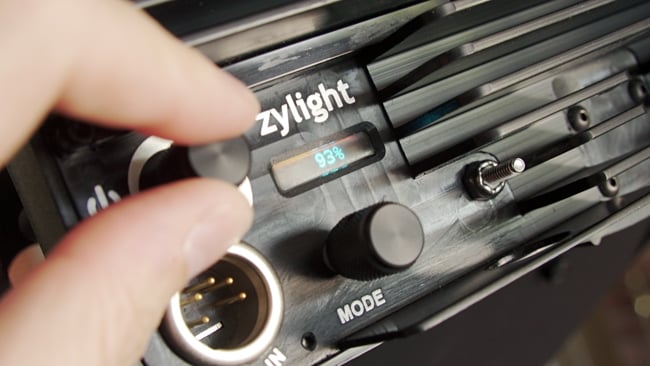 Unfortunately, these are all points that we've been making about LED lighting for years and it looks like we'll have to keep making them. As we've said so many times before, treat the claims of LED lighting manufacturers with healthy skepticism, especially if they don't publish comprehensive technical data, and keep watching this space.

4K – and the problem of workstation performance

We've talked about the fact that 4K (by which we'll refer to anything above and including 3840 by 2160) cameras are now less difficult than ever. Much the same thing has happened to monitors and, if there's a side issue to this, it's the increased availability of displays with colorimetry settings suitable for film and TV work. That was probably the most interesting thing about HP's most recent Z-series laptop release, which we went to see in New York a few weeks ago, wherein the upper end of the range implements its well-known DreamColor calibration. It still isn't necessarily that easy-to-find displays with even 709, let alone P3 or 2020 colour presets, other than at the upper end of these sorts of ranges, but a display that's set up for at least something other than sRGB is a useful starting point. 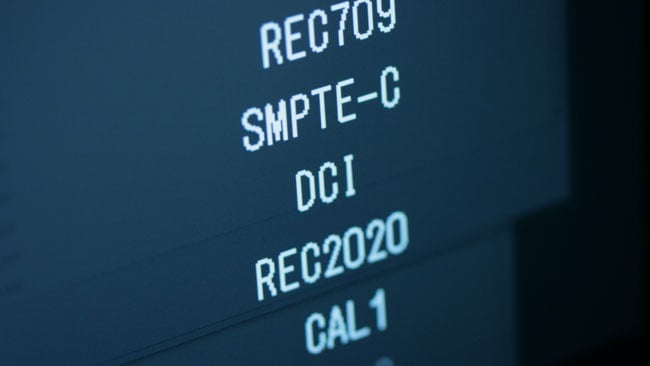 Returning to resolution, 4K brings up one more serious problem: the almost complete stagnation of performance in workstation CPUs. 2015 has been another year in which GPU computing has had to take up the slack introduced by stalled CPU development and that isn't something that can continue forever. We know there are problems with increasing clock rates, but we also haven't seen much by way of increase in core count. Six-core CPUs still come at the same sort of price premium they attracted when the Core i7 series first came out. Per-core speeds are often less than 20% faster than they were eight years ago. Anyone looking for a big multi-core workstation might as well buy a pair of older Xeon X5680s, for all the more modern stuff offers. Fears that the explosive popularity of small, handheld devices is taking the manufacturers' eyes off the ball may well turn out to be entirely reasonable. At some point, someone has to do the serious number-crunching. Please, sir, can we have some more? 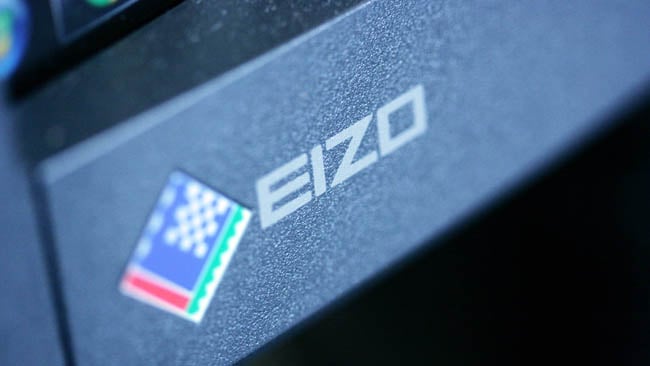 There are several things which came to prominence in 2015 that we haven't covered. HDR is one, but the main interest in that will emerge when it's being deliberately considered more in production. Computational photography is another, but that's really yet to reach the set in any meaningful form. The danger is that some of what we've discussed here will be taken as predictions, but they're not – they're hopes. If the explosive development of film and TV technology of the last ten or fifteen years encourages anything, it's that whatever we have, more of it is coming.