This is how ARRI makes cameras 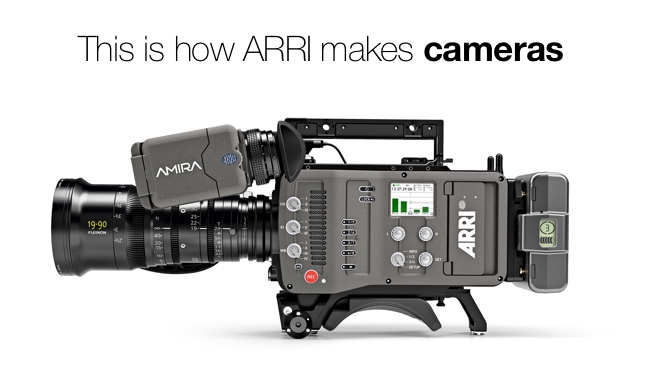 5 minute read
This is how ARRI makes cameras

Replay: In 2015 RedShark's Editor at Large (then Editor in Chief), David Shapton, spent a day at ARRI's headquarters in Munich. Here's another chance to see this fascinating insight into how ARRI makes its cameras. And from multiple internal heat sinks to incredibly rigorous Quality Control, he was very impressed with what he saw.

You might remember we had an article a while back in RedShark about how these days you can effectively buy parts off the shelf and build a 4K camera in your garage. Well, maybe you can, but if you did, it wouldn’t be an ARRI.

I’ve just spent a day at ARRI’s worldwide headquarters in the company of Stephan Schenk, MD of ARRI Cinetechnik and responsible for ARRI's Camera Systems divsion.

As your taxi pulls up outside ARRI headquarters in the lively and affluent Schwabing district of Munich, the modest-looking entrance suggests that the company  is a much smaller enterprise than it actually is. It’s only when you walk around the block that you realise ARRI is the block. It’s massive. And within the slightly haphazard array of buildings reside not only a camera factory, but video and audio post production facilities, and, obviously, a cinema.

In fact, the cinema is a well-known part of the local night life. It’s open to the public, who are largely unaware that ARRI plays such a significant part in actually making the films that they view.

During the day, the cinema is used to test the output from the cameras in a completely authentic setting.

I wasn’t sure what I was going to see. I came with a completely open mind. What would it be like in a company that has existed for 98 years; practically since the start of popular moving images?

What I learned is this: cameras are not simple block diagrams. You can draw a graphic of a lens, a sensor, image processing and storage, and it will be right as far as it goes, but it’s how you turn that into a product that defines you as a camera manufacturer.

The reality is that a quality camera is a complex 3D object that contains optics, electronics and - pervasively with digital cameras - cooling.

Yes, cooling. It’s there not just to stop the camera overheating. It tangibly affects the image quality, because the cooler you can keep the sensor during operation, the less noisy it will be. Quite literally, perhaps the most important specification of any camera, the dynamic range (i.e. the number of stops) depends on the cooling of the sensor.

So what you find inside ARRI cameras is heat sinks. Lots of them. And they’re not randomly glued to any available flat surface, but are an intrinsic part of the 3D design. This is at its most impressive with the ARRI Amira. I haven’t seen inside one before and it’s a revelation. Air is forced by slow, quiet fans through the centre of the camera, which is packed with heat sinks. This cooling core is surrounded by circuit boards.

Inside the camera there’s effectively a battle going on between the heat-generating components and the devices that are there to remove the heat. 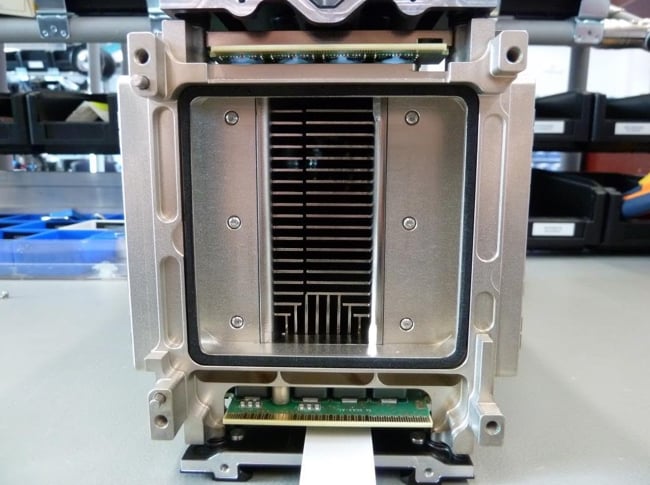 One of ARRI’s trademark techniques in their modern cameras is to use FPGAs. These increasingly versatile chips are gigantic arrays of programmable logic. You can effectively build your own highly specialised, extremely fast processor with an FPGA, which configures itself to your design at boot-up, when it loads a program that tells it how to behave. The same FPGA can literally behave in two completely different ways by rebooting and loading different operating code. More to the point, with FPGAs, new and sometimes dramatically improved features can be added to an existing camera with a mere software upgrade.

So, FPGAs give a camera manufacturer immense flexibility, but they do run hot. They are just one reason why a camera needs efficient cooling.

I was able to handle the carbon fibre case for the ALEXA Mini. It’s very strong and remarkably light. This is obviously an expensive part to make - you can’t mass produce carbon fibre - and it illustrates one reason why you don’t buy ARRI cameras at rock-bottom prices. It’s because they can’t build them like that at rock bottom prices in the first place.

All in the detail

It’s the details that impress. There’s a clever mechanism on the Amira for changing the ND filters. There is actually no physical connection between the slider that moves the filters and the filters themselves, because it’s done magnetically, and it means that there is no possibility of dust getting onto the filters. The slider mechanism that incorporates the magnets is a masterpiece of miniaturisation. It reminded me of the sort of tiny detail you’d find in one of Sony’s (now obsolete) portable Mini Disc players, except that that was a consumer product, and these cameras are at the top end of the professional market. Not only that, but they’re made in hundreds of times smaller quantities than consumer goods, so there’s very little economy of scale. 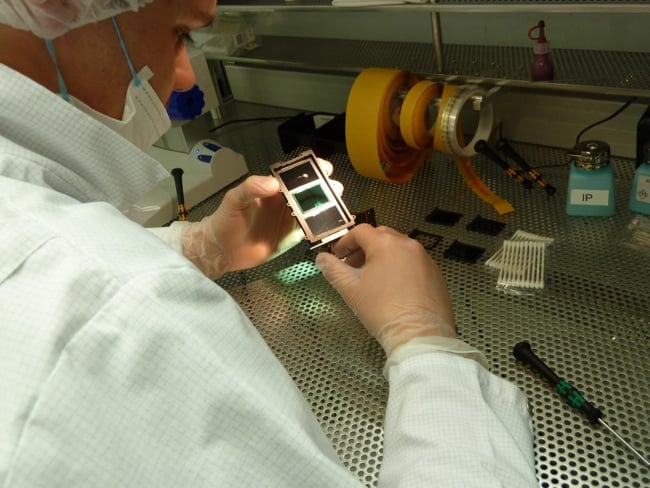 You can’t help noticing as you are shown round ARRI’s factory (and their service and repair facility too) that at every stage there is testing and calibration equipment. It doesn’t matter how well you build a camera if it’s not set up properly. I saw a custom calibration devices that looked a bit like a lens with a PL mount, but which actually has a complex LED display for calibrating sensors. ARRI has also designed their own dynamic range testing chart, which is a very good thing, because there is very little agreement as to how dynamic range should be tested. 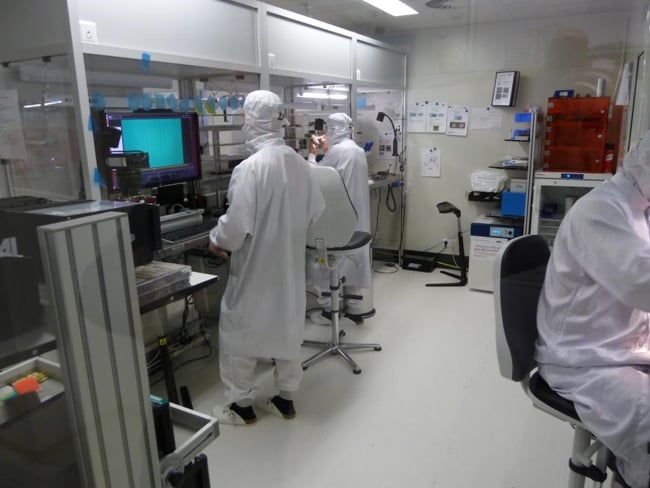 Why? Because it’s largely subjective.

Whether or not a camera is usable in a given light is determined by how much noise is acceptable in a picture. No two people will agree on this, and neither will two manufacturers. The best they can do (in the absence of agreed standards) is to at least be consistent in-house. By having their own test standard, ARRI is able to achieve consistency across all their cameras. 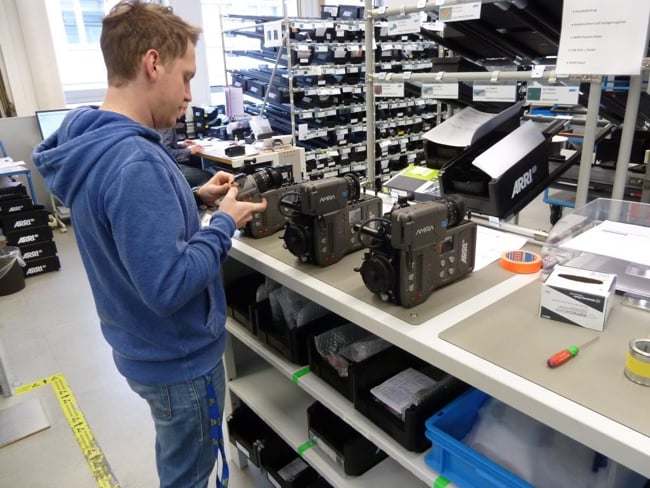 Final configuration of Amiras to order

While the physical aspect of the cameras manufacture is impressive, so to is ARRI’s attitude to software. Well designed software doesn’t intrude, and we don’t see much evidence of the software at work except in the pictures that come out of the camera. In fact there’s much more going on in there than you might think, because in addition to signal processing, there’s the user interface, encoding and recording. It’s in these latter stages that things get critical, because it would be absolutely disastrous if a camera was released that actually corrupted or lost material.

To avoid this (and to make sure that cameras and their software are always at a suitable standard for release) there is a surprising management arrangement at ARRI. The quality control department is its own division, with its own management, and it reports only to the very top of the senior management team. So however much pressure might be coming from other parts of the company to release a product, Quality Control will not allow this to happen until they are completely satisfied that a camera is ready: and that means “ready for anything”. It’s a very high standard to set, and it is one of the things that will always separate a top professional company from one that has different priorities.

This article would be five times the length if I were to go into all the procedures and techniques that go into making ARRI cameras. I came away from the factory with a much better idea of why the cameras cost what they do (i.e. - quite expensive) and why they couldn’t be made any cheaper. 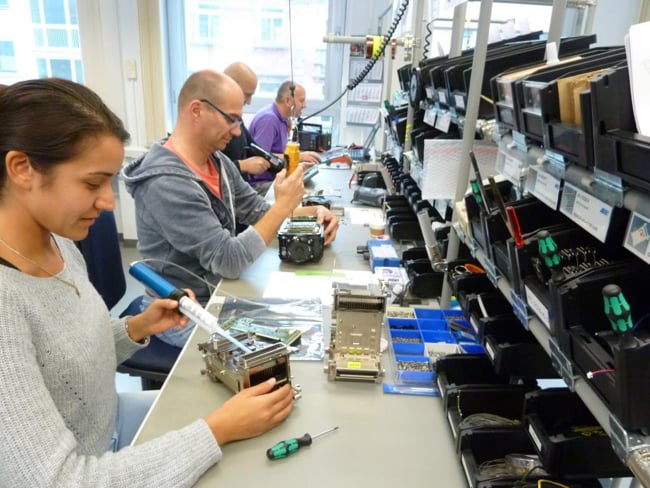 As ARRI’s Managing Director Stephan Schenk told me: "We aim to build the best cameras for our clients, which means the best overall image quality on one hand and then best production costs on set and through post on the other hand - while still offering a reasonable price. An ARRI camera is a long term investment for our clients so we have to balance an affordable price in the beginning and value for money during the course of time. That means we need to focus on durabilty, reliability and reasonable upgradability in our product design.".

Having seen round ARRI’s headquarters in Munich, this now makes complete sense to me.