What you need to film in a hostile environment like Chernobyl 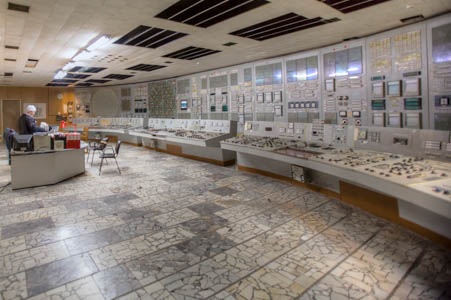 Chernobyl through the lens of Philip Grossman

Cinematographer, documentarian and drone pilot Philip Grossman about his numerous trips to Chernobyl, the story he's telling and the gear that he relies on.

Our readers are probably familiar with the Chernobyl Disaster, which is often described as the worst nuclear meltdown the world has ever seen. Twenty-nine years after that tragic event, there are still areas of the Chernobyl Zone in the Ukraine, particularly those in and near the Reactor Complex, that are dangerously radioactive. For these and other cultural reasons, the area is typically off-limits to outsiders.

Documentarian Philip Grossman is one of a handful of individuals that has been granted access to the Chernobyl Zone. In fact, at the time of the interview, he was preparing for his 6th trip to the region, embarking the very next day. He was gracious to let us interview him about his project, Half-lives: Love and Energy in the Nuclear Age, his experiences there and how his kit evolved over those many trips to Chernobyl. 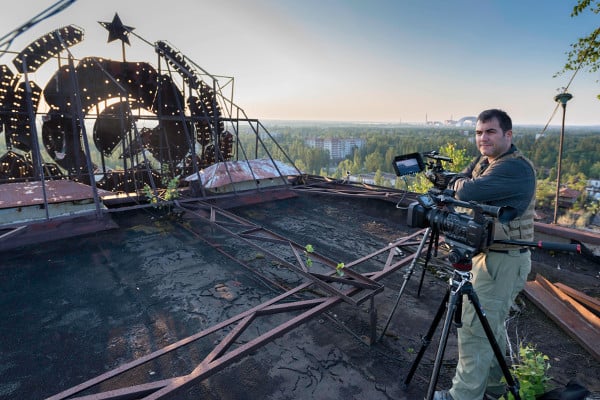 Although Philip has spent much of his career on the technology side, facilitating production more-so than making productions, his love of photography and shooting movies is rooted in upbringing. "My father's a surgeon, my mother's an artist, and I'm a middle child," said Phil, "so, my entire life I've been caught in the middle of the creative and the technical." However, his love of film can be traced further back to his great grandfather, who shot 8mm family films in the 40's. His family still has 20,000 feet of that 8mm film, which allowed Philip to see his father as a young child.

"My father got a video camera so I started making home movies with the army men in the sandbox," said Philip, who received his first photography camera when he was 13. Instead of pursuing a career in the arts, Philip studied architectural engineering with a specialization in illumination engineering, putting him on the path of being a tech consultant in the media and entertainment space for such companies as InterContinental Hotel Group and The Weather Channel.

"Sort of a mid-life crisis"

Philip left his job at the InterContinental Hotel Group, which he was at for seven years, and decided to focus on photography, with the support of his then-girlfriend and now-wife. He contacted gallery owners and presented his photographic work. Philip received positive comments, but there was a commonly-held criticism: he didn't have a "cohesive body of work" they could feature.

As put by Philip, the elements that separate one photographer from the next are content and context and, again, his past would play a role in choosing his subject: "I grew up eleven miles from Three-Mile Island, so I remember distinctly when that happened. And my family's last stop, prior to coming to the United States at the turn of the century, was the Ukraine, so all the pieces fit."

On Philip's first trip to Chernobyl, which he thought would be a "once-in a lifetime opportunity," he gained access to the control room of Reactor #4, the epicenter of the meltdown, which required hefty "location fees." Phillip was required to wear a respirator and cotton wool gloves in the most radioactive areas and always carried a Geiger counter and dosimeter badge, to measure exposure and absorption over time. In Control Room #4, he was instructed to take the additional step of putting plastic around his boots and walking through a desiccant.

Of course, the radiation levels in the Chernobyl Zone are much lower than at meltdown 29 years ago (Denver's background radiation is twice what's detected in the village of Chernobyl), yet Philip encountered two other areas with dangerously high radiation levels. The Red Forest, directly adjacent to the Reactor Complex, is so named because the radioactive material landed there, over time, turned the trees red. The Red Forest was chopped down, the soil stripped and was consolidated into five burial mounds. One hour of shooting at these mounds subjected Philip to twice the exposure of standing in Control Room #4 and standing on the floor of Reactor 2. 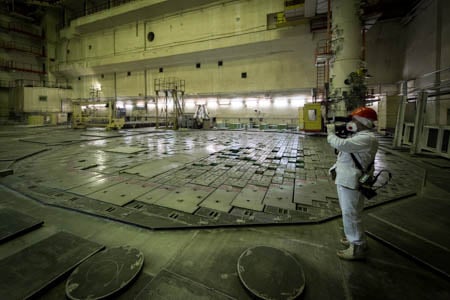 The Chernobyl Zone is replete with memorable locations and stories that Philip encountered during his travels. Control Room #4 is noteworthy, because it was ground zero of the disaster. Philip wondered "what must have been going on in the minds of the people working there at the time of this giant explosion." 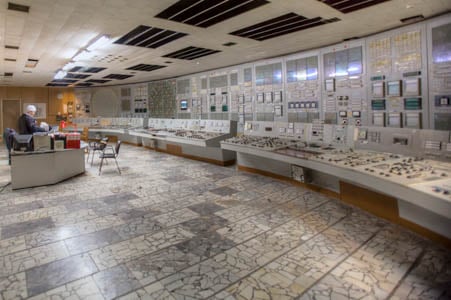 Another affecting locale was Kindergarten 1 in the nearby city of Pripyat. The city was entirely evacuated two days after the meltdown, as 1000 buses loaded up 50,000 people, never to return. The entire city appeared war-torn and Philip had to remind himself that what he saw wasn't the product of war. In that Kindergarten, everything was in upheaval, but then the environment would give a sense of the lives there, such as the beds for children of different ages, some larger, some crib-like.

In his most recent trip, he finally discovered a village that was intact, that didn't get razed in clean-up efforts or ravaged by looters. One of the homes that he visited actually had a calendar, the style where you tear off yesterday to reveal today, that was frozen at May 3, the day that village was evacuated. Finding this village gave Philip a rare glimpse into the life of the area at the moment of the disaster, in a way that outside research could never reveal.

The locals are understandably hesitant about speaking to outsiders, given the persistent fear of surveillance by the state that dates back to the Cold War era. Yet Philip was able to interview some of the locals through his five trips. The most affecting story might be of a husband and wife. She was a Telecom engineer and unexpectedly called into work at 2am, the night of the disaster. At 6am, she called her husband, an ambulance driver, to figure out who would babysit their son. She didn't tell her husband about the meltdown, even though she knew what was going on, for fear that the government would discover the communication. So, he went into work as normal. Luckily, he survived that day, but the ordeal helps characterize the pressures and struggles of citizens of that time and place.

Originally, Philip's project began as a photography project, 500,000 Voices, chronicling the half-a-million person Chernobyl clean-up effort. Over his visits, the project morphed from a photo essay to a documentary, Half-lives: Love and Energy in the Nuclear Age, changed in part because he married his long-time girlfriend (and production partner) in Chernobyl.

Of course, the shift from photography to documentary meant big changes in his gear. He started out using Canon 5D Mark II 16-34mm f2.8 lens. When he decided the project needed video, he traded the 5D for a GoPro and a Panasonic GH3 with a Glidecam stabilizer.

On his third trip, Philip made the full shift from photography to video, but fell into the 'let's bring everything trap', totaling 200 lbs of gear, including a Sony FS700, GH3, Canon 5D and 1D c, GoPro and a drone (more on that in a bit). 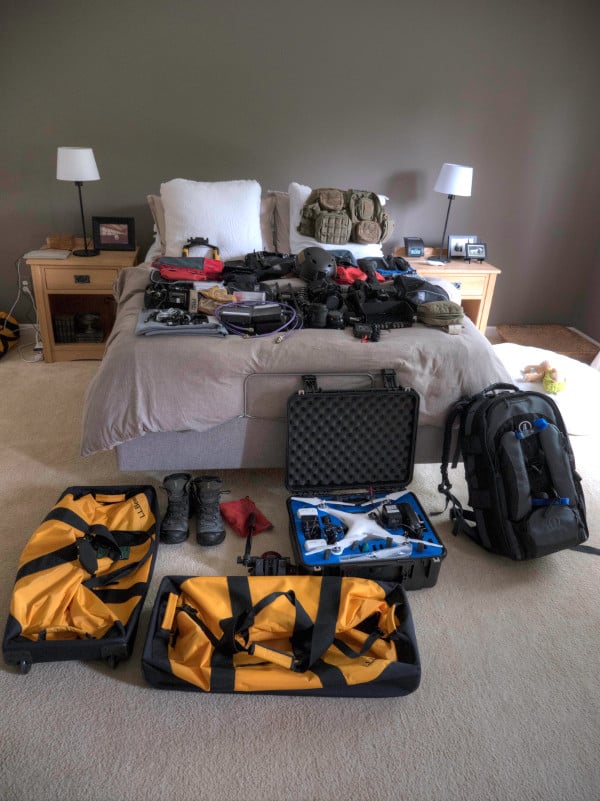 After a trip to the Sony Digital Motion Picture Center (DMPC) at the Culver City lot, he paired the FS700 with an Odyssey 7Q, which had just come out. He shot 4K in raw, because the Odyssey 7Q did not yet record in Prores. Philip said of the experience, "I will never shoot raw again unless someone pays me," which is understandable considering he needed 24 TB of hard drive space for footage and backups. He was brought a Sony Z100, a compact fixed lens mini-ENG camera which won high praise from Philip.

For his last trip, he brought the FS7 "because it was compact and I could record onboard 4:2:2 4K 10-bit" and a DJI Inspire 1 and three Phantoms. 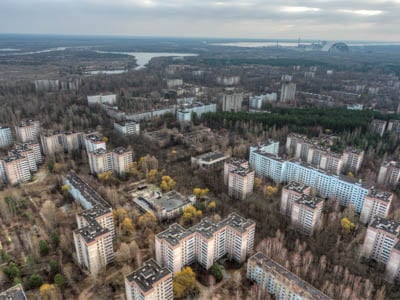 Much of Philip's gear experience was "learn on the go," and his use of drones in Chernobyl was no exception. He first took aerial photos via helicopter, but realized that he needed to be lower for a "more intimate" result. He became the first person to ever fly a drone in the Chernobyl zone in 2012, flying a DJI Spreading Wings S800 (with GH3) in 2012. Eventually, he moved on to the Phantom 2 with a GoPro, and now the DJI Inspire 1, which features its own camera system.

Philip has been a long-time user of DJI gear, and used this topic to explain the different needs of the low and high end: "One of the reasons DJI gear is so well-liked is because it's ease of use; it's all integrated. I don't need a separate transmitter for video or control, the camera is onboard, the focus, iris, it's all integrated. I'm also stuck with whatever lens or sensor they choose. On the professional side, like the stuff we're doing with Xfold - we can put any camera on there, a RED, Alexa, FS7, anything, but then I have to figure out how to control the camera. One of the benefits of the Sony models is Lanc - at least it's a control protocol that I can send wirelessly. If the industry could normalize on a basic protocol...to change iris, shutter speed, obviously focus is not on there because it's not electronic on some of the cinema lenses, but if we can move in that direction, it enables the high-end to do even more."

Although he's become something of a drone expert, Philip cautions against the overuse of aerial footage: "Drone and jib and helicopter, it's like Tabasco: you don't put it on everything you eat. You want to just add it on occasion, to change the flavor. It gets kinda boring seeing the same thing over and over again. If you want to keep someone interested, you change the rhythm...part of changing that rhythm is changing the perspective and how you move through things." 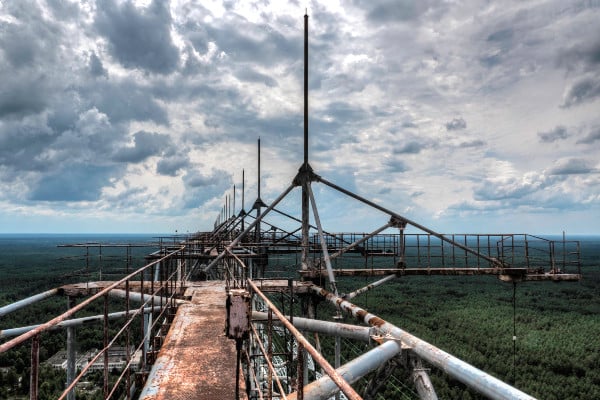 By the time you read this, Philip will likely be back from his most recent trip to Chernobyl. As is often the case, years of experience has taught Philip to pair down his traveling kit to the essentials, bringing along only a 5D Mark III and a Sony FS7. The one piece of new gear that made the kit is the DJI Osmo, an innovative camera with built-in stabilizer and exotic form factor, which we've covered previously.

While Half-lives has become a documentary, Philip is bringing the project full circle with his plans to recreate 20-30 historical photos, trying to recreate precise composition of the originals in new photographs that reveal what the region looks like today.

We'll have to wait for those photos to surface, but we'll update you on Philip's most recent exploits in the coming weeks, as Half-lives has proven to be one of the more fascinating stories that we've covered on these pages. 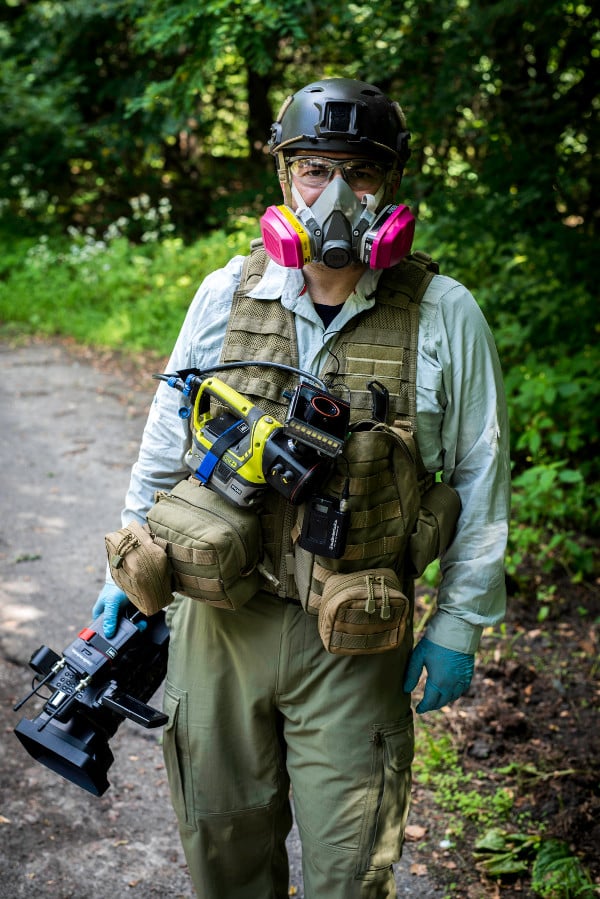