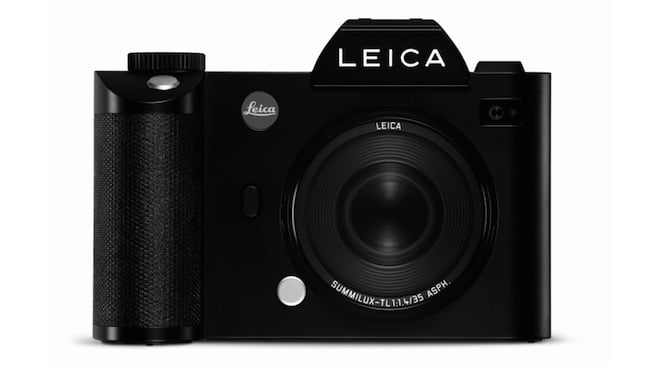 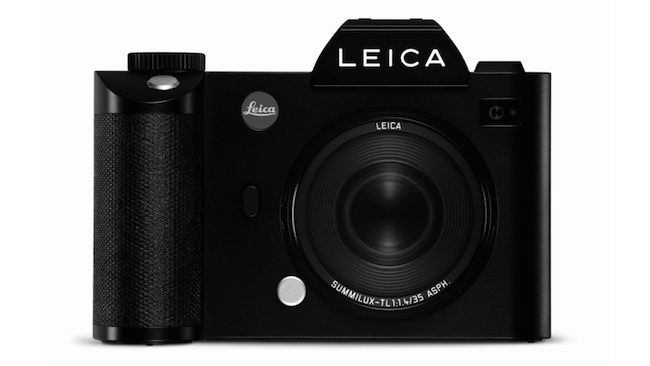 We take a look at Leica's new mirrorless shooter, the $7500 Leica SL, and consider what the camera's support of Panasonic's V-Log L curve means for the future.

Admittedly, its been some time since I have taken a look at Leica, but this week the high-end company launched a new beast to its growing 4K video arsenal. Roaring onto the scene comes the new Leica SL full frame mirrorless camera. Leica is known for its not so bashful pricing, however its margin of specifications-to-price is slowly starting to bridge the gap beyond its badge. I say this because taking a close look at all the SL has to offer, there are some pretty interesting specs for the price. Lets take a quick look, dive into some of the features and then discuss some exciting theories / correlations.

The Leica SL is a 24-megapixel (4,000 x 6,000) CMOS sensor. This camera is mirrorless and boasts a 24 x 36mm surface area for its sensor, equivalent of a full frame 35mm format. In addition to this full frame format, the camera is also capable of an APS-C 10 megapixel (3936 x 2624) crop mode equivalent of super 35mm format. This is especially important, as many video professionals will opt for an S35 as it is the established cinema standard and allows for ease of use in your focus pulls. If you are pulling your focus by eye, you will be pleased to know the built-in EVF contains a razor sharp 4.4MP resolution display. If live previewing is more your style, the SL offers a gorgeous 2.95" touch screen, accompanied with some well placed buttons and even a joystick to navigate!

Some of the most exciting news regarding this camera is that, like it's 007 counter part, the Leica SL will offer a 4K video feature. Now, in order to achieve this 4K capture, you must enter the sensors S35 crop mode, otherwise only HD will be available to you in full frame mode. Do not fret however; full frame in HD is not an entire loss, as users will be able to achieve 120fps for silky smooth slow motion content creation. Once S35 is enabled though, users will be able to capture UHD and DCI 4K internally at 8 bit 4:2:0 sampling to a UHS-II or UHS-1 SD card. Alternatively, users can opt to attach an external recorder via the 1.4 HDMI port and attain 10 bit 4:2:2 sampling.

At Redshark News, we primarily discuss everything video, but it is important to note the Leica SL is, in fact, a stills camera at its core. The SL beasts out with a whopping 11 fps raw (DNG) burst rate with a buffer of 2GBs. This allows for up to 33 DNGs to be captured before the buffer caps or an unlimited amount of JPEGs. To put this in perspective, Sony's latest offering, the a7r II, taps out at a mere 5 fps. While each camera brings something different to the table, it is worth pointing out the SL has surpassed speeds with many cameras in its class. Building on stills, the camera is capable of delivering an ISO range between 50-50,000 and a maximum shutter speed of 1/8000! Lastly, the camera lacks an optical low pass filter, enabling the user to capture full resolution without any loss in detail.

There is one glaring feature on the new Leica SL that tips it's hat, sending the online community into a tizzy. Rumor mills speculate that, while the Leica SL is truly an amazing camera, its sensor is manufactured by none other than Panasonic. This is theory is backed by the fact that Leica is openly supporting Panasonic's V-Log L curve, which, as we all know, is mapped and optimized by the Panasonic development team.

The implications of this theory could have the potential to be earth shattering within our community. Are we looking at the implementation of a full frame GH premium series camera? Here's the reality: Panasonic has heavily invested into the MFT mount system and I do not believe they would so readily abandon it. With that said, could Panasonic deliver this full frame sensor to us in a MFT mount system? Like the JVC GY-LS300, this new premium GH camera could offer the MFT mount, enabling users to adapt their full frame glass, OR opt to enter a 2x crop mode of the full frame and use their MFT glass natively.

Let's be clear; cropping so heavily into the center of a sensor introduces a whole slew load of issues, but if there is one team that can overcome this issue, that's Panasonic. While the Leica SL is an amazing camera for the money, one cannot overlook what may be next in line for this promising new sensor technology. What are your thoughts? Do you believe the Leica SL sensor will find its way home into the body of a Panasonic? Let us know in the comments below!