Inside Sony’s Made for Bond TV advert 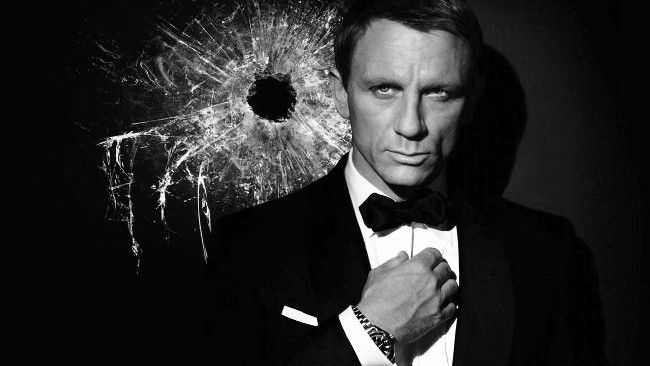 Behind the scenes with Daniel Kleinman, producer of  the opening title sequences for six of the last seven James Bond films (and why a global shutter camera like the Sony F65 makes sense for cinematic action).

Producing the opening title sequences for the Bond movies involves beautiful women, international film stars, high-end graphics and photographic technique, and will be seen by millions of adoring fans as part of a spectacularly successful blockbuster franchise. It's a tough job, but someone's got to do it.

That someone is Daniel Kleinman, a prominent director of commercials and music videos since the early '80s who has produced six of the last seven Bond intros, as well as Sony's current Bond-related commercial promoting their smartphone and camera products. The production in question was shot on the South Bank area of the Thames riverside in London on the F65 camera system. It was not a small show, involving Naomie Harris reprising the role of Moneypenny, a hundred crew, and the complexities of dodging commuters who don't necessarily expect to encounter a scene from a spy thriller being played out during the morning rush hour. Both the finished piece and the behind-the-scenes video are embedded below.

It's worth a brief technical note here inasmuch as we've recently criticised productions for using rolling shutter cameras on action movies. Much as the Sony is keen to promote the global shutter on the F65 in this context, it is a genuine issue if we don't want half the frame lit up with muzzle flash.

There isn't much by way of stroboscopic lighting in the commercial (though there is a little), but there's plenty of rapid camera motion. The F65 is undeniably big and heavy. This is because, in part, because it boasts an actual rotating mechanical shutter. It does not have the problems of rolling shutter cameras, as, being a high-end cinema camera, it certainly should not.

The other interesting technical aspect of the show was the choice of anamorphic glass. Demos at Sony's Pinewood facility used the company's own lenses. These garner reviews which are, frankly, shockingly positive given that the company is not a lens specialist. All the same, the commercial uses anamorphics for (and this is a terribly worn-out term) a more cinematic look, which is, to be fair, well-represented in terms of flare and bokeh in the final piece.

The key thing about the F65, of course, is its enormous native resolution. We've discussed the technical aspects of oversampling before, but suffice to say here that taking the output of an imager 8,000 photosites wide and blowing it down even to 4K means that many of the concerns of RGB-masked single sensor cameras are obviated entirely. The other reason that many modern high-end cameras look so very good is because the noise is so very low. By the time an image has been downscaled four-to-one, the HD output ends up looking crisp and detailed, but simultaneously as smooth as Silky the silkworm's silk pyjamas. This is apparent even with the anamorphics, which, given the day exterior lighting conditions, could presumably be used at a fairly ideal stop.

Undeniably well-done as the commercial is, perhaps the most interesting section of Sony's presentation was actually the discussion with Kleinman examining his process for producing the Bond titles. Being so predicated on technology, Kleinman's sequences go some way to charting the progress of feature film compositing and animation techniques as they've developed since 1995's Goldeneye. To achieve a reasonable level of real-time interaction, Goldeneye's title sequence was proxied at low resolution and then rebuilt from scratch to create the final output; naturally, modern techniques afford more immediate results. Even so, the process is a long one, beginning when the film is still at the script stage and the music may not have been written.

The world is currently enjoying Kleinman's most recent work, at the beginning of SPECTRE, and Sony's Made for Bond commercial is currently airing. Kleinman reports that he's been asked to direct feature films in the past, though none has ever come to fruition and that he finds the shorter schedules of commercials more engaging. On the basis of previous work, though, the wait to find out what a Daniel Kleinman feature would look like might be worthwhile.