Virginia shootings: The problems of security for journalists in the field 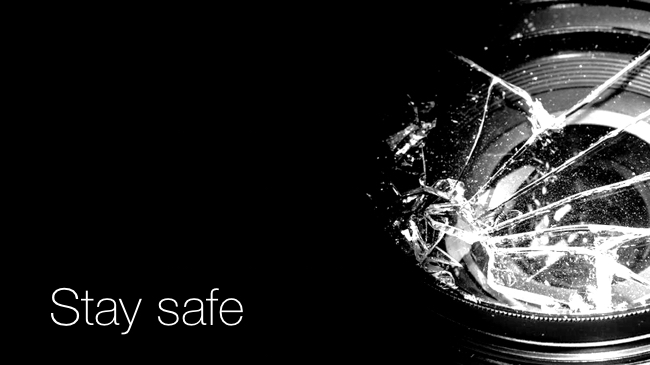 The news about the shooting of TV journalists Alison Parker and Adam Ward in the US state of Virginia yesterday was sickening. As Andrew Johnstone writes though, violence against journalists is a global issue.

Parker and Ward had been out filming a travel item for local TV station WDBJ7 in Roanoke, Virginia when they were gunned down live on TV. Vicki Gardener, who was being interviewed by Parker and Ward was also shot, but is now reported to be in a stable condition. The gunman has been identified as Vester Lee Flanagan, a former colleague of Parker and Jones at the TV station whose on-air name was Bryce Williams.

This entire incident should give all of us who work in film and television pause for thought. Security in the field is a matter of critical importance for all journalists, but for the most part we rarely give it a second thought and if we are forced to think about health and safety issues it is more often then not with a groan of reluctance.

Like many working in broadcast television I am all too familiar with the need to complete risk assessments these days. These mostly consist of planning ahead for potential issues that might arise when filming in public spaces, laying lighting or audio cables, working near machinery or filming in exposed or remote locations. At worst the solutions to minimise these risks are fairly banal, such as ‘packing rolls of gaffer tape’, ‘carrying plenty of water’ or ‘wearing a hi-viz vest’.

The most obvious crime that any TV or film crew is liable to be victim of is theft. There have been numerous incidents in the UK and elsewhere of crews having cameras stolen while out on assignment as well as from the backs of cars and other more secure locations, according to the Xhire Anti-Fraud Network. Reports of stolen gear – including gear swiped by thieves roaming central London on scooters – occur frequently on the Guild of Television Cameraman forums.

Aside from working in a war zone, however, I am not sure many of us plan for possibly being gunned down while covering an everyday story at a shopping mall. But perhaps we should, especially if we are working in the USA.

Gun crime in the USA

According to statistics from the Gun Violence Archive over 33,000 incidents of gun violence have been recorded to date in 2015 in the United States. Given these staggering statistics and the number of events that now seem to be reported live on TV, such as the hunt for the Boston Bomber in 2013 or the live reporting of the Virginia Tech shooting in 2007, it is a wonder that more crews are not fatally caught up in these incidents.

While the Virginia incident in August 2015 appears most likely to be the work of a lone gunman with a personal grievance against the crew, in a grim twist to the story, it also appears that Flanagan filmed the shooting himself and then uploaded the film to Facebook. The perpetrator seems to have been acutely aware of the role that the media would play in airing his grievance and it appears that he specifically targeted his victims while they were live on air to chilling effect.

Violence against journalists has become a crucial global issue, and an issue that is highlighted by organisations like Reporters without Borders. It is a problem that has existed for some time, with journalists increasingly seen as being part of the problem by warring parities and with ready access to the news networks being seen as a quick means of publicising grievances. Gone are the days when the humble Press Pass would offer reporters a cloak of security and a laissez passer to cover events. One of the earliest examples of this kind of violence against the media was in the 1995 when the TV building in Sarajevo, being used as a production base by international news crews, was shelled by the Bosnian Serbs, killing one person and wounding 36 others. In the Middle East, the beheading of US Journalist James Foley by ISIS was a deliberate act to draw public attention to their cause. And then of course there was the bloody attack on Charlie Hebdo.

All in all, according to the Committee to Protect Journalists, 1141 journalists have been killed since 1992, with 39 dead so far this year.

What can be done?

All of this begs the question, what can journalists do to better protect themselves against violence when working in the field? Not getting into dangerous environments is the most obvious solution. Using resources such as governmental advisories is a must for journalists travelling abroad, but ironically, while these may detail issues arising in many countries such as health epidemics or political unrest, by way of example the preponderance of gun violence in the US is deftly ignored by the UK Government in these bulletins – presumably for political reasons. Gun violence is mentioned for other destinations, including Brazil.

A larger crew is often an advantage as extra pairs of eyes and ears can be on alert to danger while cameraman and reporters are busy focusing on filming the story, but with budgets under strain, fewer employers are prepared to send large crews into the field these days. Freelancers, with limited resources and often no guarantee of being paid unless they can come back with the story, are particularly vulnerable.

A recent film in the Guardian, reported on how journalists in the Philippines have started to carry side arms to protect themselves from violence and assassination attempts. That, though, is an extreme solution for an extreme environment.

Perhaps the best solution for the rest of us to answer these appalling crimes is simply for filmmakers, journalists and broadcasters to unite behind the idea that guns and gun violence are abhorrent. And for the media to continue to use its positive influence to address these issues and educate their audiences in the hope that governments will intervene to help prevent further senseless loss of life.