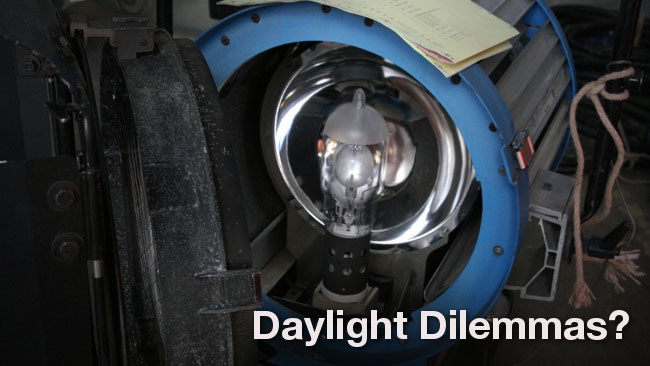 Even high quality HMIs, such as this 6K, can drift with age.

Why matching daylight can be such a frustrating experience and a possible solution.

An exhibitor at a trade show earlier this year actually apologised to me for the fact that two of the daylight-emitting lights in his display had been fitted with bulbs that didn't quite match and were just perceptibly different in colour. The difference in this case was between manufacturers, but the sort of difference we were discussing might easily appear between batches from any single manufacturer or, especially, between two bulbs made in the same plant on the same day, but which have been run for different amounts of time.

Regardless, the fact that it was noticed at all speaks to the attention to detail that comes with higher-end equipment. The contrast between this attitude and that of the low-cost products on the next booth aslong that day could hardly be more pronounced. The purpose of this article is to both forewarn users and, if anything, point out to companies that describing everything between 4200K and 6000K as "daylight" is unhelpful.

This isn't intended to be a criticism of LED technology in particular (discharge lamps and fluorescent tubes also come in a different shade of white for every day of the week), but the huge number of products on offer has created a lot of mismatched light, all of which will be cheerfully described as "daylight" by the manufacturer, despite the fact that it doesn't match anything in particular. Having several different shades of sunlight pouring through a set of on-camera windows is a problem, unless you wish to suggest an alien world with multiple suns.

What is daylight, really? 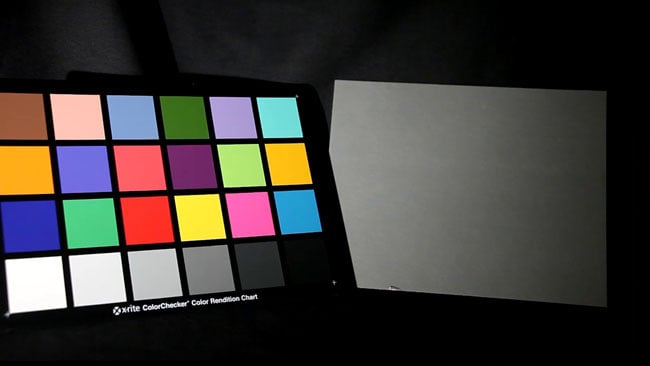 Let's consider what we're actually looking for. Notionally, daylight is widely considered to be a white light – which is a complicated thing to define to begin with – with a colour temperature of 5600K. Kelvins (not "degrees Kelvin") are a measure of temperature which are the same size as degrees Celsius, but which start from -273.15C, or absolute zero; therefore, an idealised object heated to 5600K would be at a temperature of 5326.85C and would be emitting a glow equivalent to ideal daylight. Now, there aren't any materials that remain solid at over five thousand degrees and the most efficient types of lighting don't produce light by heating things up, anyway. This is, therefore, a theoretical description only, but one which approximates reality quite well.

The reality is more complicated. Ask commercial lighting manufacturers in the UK for daylight fluorescent tubes and you'll be offered a noticeably cooler 6000K type, which is possibly a reflection of the grimness of British winters, but immediately illustrates the problem. A lot of metal halide lighting (of which HMI is an example) is rated at either 4200K or 6000K. As we discussed before in an article on what comprises white light, there are other concerns about how well-filled the spectrum of light is and what holes, if any, exist in it. The rest of this article assumes that there are no major problems with even spectral output, which is a little idealised even with well-tried light sources like HMI or fluorescent, but the conclusions remain valid nonetheless. For more details on this, read our previous coverage on metamerism. 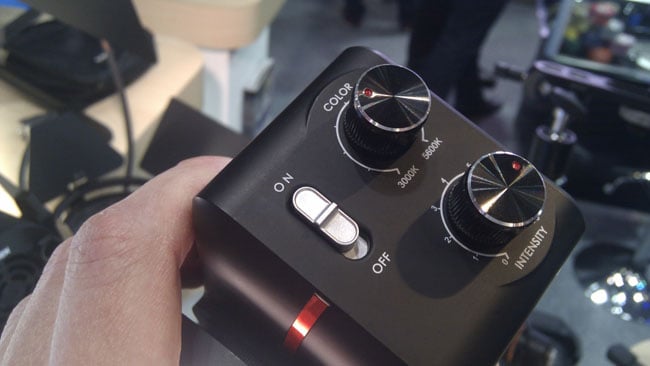 A cure to your daylight headaches?

If the spectral output of a light is bad enough to cause serious problems, which is far from unusual, it's easy to get to a point where filtration can't help. Generally, though, any reasonable-quality light intended for film and TV work can be filtered to alter its colour temperature. This can be calculated to at least an approximate result using mireds, or micro-reciprocal degrees. Mireds represent a subjective change in colour temperature (along a warmer/cooler scale, as viewed by the average human being) more accurately than Kelvins. This is something we discussed in relation to the Sekonic C700 colour meter, where we discovered that, for instance, the difference between 2000K and 3000K looks, subjectively, like a much more significant change in colour than the difference between 5000K and 6000K, though both represent a change of 1000K. The difference in mireds (being 167 and 33 respectively) is much more representative of what the difference actually looks like. 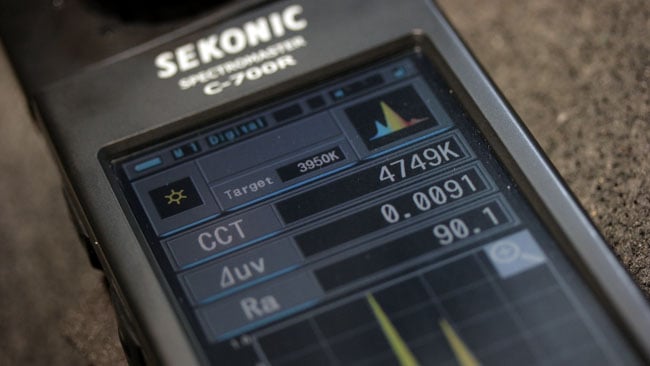 One of the things it's possible to do with mireds is calculate, at least with a reasonable degree of certainty, the colour correction filters required to match light sources. Filter manufacturers such as Lee specify the mired shift values of their filters as part of the specification, and as we learned from the Sekonic article, the mired value of a colour temperature is equal to one million divided by the colour temperature in Kelvins. Let's assume we have a 4200K ceramic metal halide light which we wish to convert to the 5600K of notional movie daylight:

A mired shift of -59.5 is required to increase the colour temperature of the 4200K source to 5600K. Lee filters' website reveals that its #203 filter, one-quarter CT blue, has a mired shift value of -35, and that its #218 filter, one-eighth CT blue, has a value of -18; in combination, a shift of -53 is achieved. This is within 6 mireds of ideal, which is probably just barely a visible error and certainly less than the average light source changes as it ages. The mathematics can be used to precalculate filtration for all kinds of light sources and Lee even has a handy colour temperature conversion tool on its website that does it all for you.

To make this system really work, given the extreme variety of light sources that one might encounter in the real world, something like the Sekonic colour meter is a useful tool, especially when lighting is coming from rental stock with bulbs of variable vintage. This becomes a bigger consideration on location, where it becomes necessary to establish the true colour temperature of practical lighting and also to assess it for correctability. No amount of filtration can put back what isn't there and, with the cheaper end of LED lighting (particularly commercial or industrial products) offering little or no red or cyan output in the first place, correction becomes impossible.

Some sources, such as poor-quality fluorescents, can theoretically be filtered for better colour rendering, but lose so much output in the process that we might as well fall back to tungsten and put up with the inefficiency.