The (slightly cynical) guide to making HD look like 4K 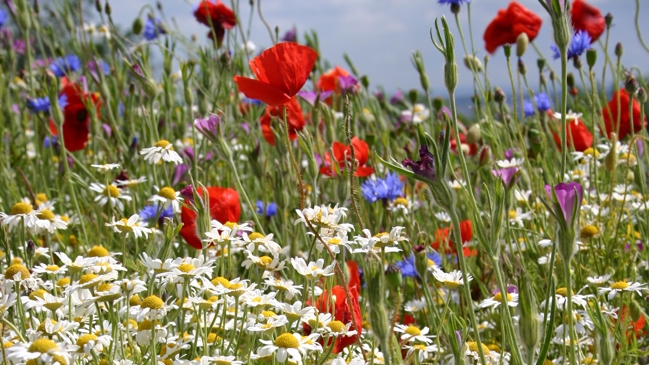 HD really can look like 4K if you know about these "tricks".

You know how a lot of people say you can't tell the difference between HD and 4K? Well, some of these will be the same ones still watching SD thinking it's HD, so we can probably discount their opinion fairly quickly.

But those who do know what they're talking about do have a bit of a valid point. On small screens it's harder to distinguish 4K from HD. A lot depends on the video, of course, but what you're almost certainly not able to do on small screens is spot the individual pixels - you have to go more on the overall look of the material.

And remember that 4K, while it does require four times HD's data rate to make a picture, it's only really twice as good. How so? Because the actual sharpness of a picture (or the level of detail it can convey) is actually measured by the linear resolution and not the spacial density. So 4K is only twice the linear resolution of HD, and that means that if your picture is blurred by only just over half a pixel, it's going to be HD and not 4K.

So, armed with this knowledge, what tricks can you use to make your HD material look like 4K?

(And don't forget: it will be easier to fool viewers into thinking they're watching 4K on a small screen than a big one).

Use a high quality camera

It's obvious, really. The better the picture you start with, the better looking your material will be. Some supposedly 4K cameras can be little better than HD quality for various reasons: the sensor, their sensitivity, their lenses, and the compression they use. And if your sensor's resolution in terms of the number of native pixels is "only" 4K, then by the time the image has been deBayered (the process of creating a colour image from a monochrome sensor with an overlaid matrix of colour filters) it will inevitably be less than 4K in resolution.

Again, it sounds obvious, but what do we mean by a "high quality" image?

In this context what we mean is an image with as much "information" as possible. Almost always, it's more important to have better pixels than simply more of them.

So what is a "better" pixel?

It's a pixel that's full of contrast and well saturated. This doesn't mean that all your shots have to look like that demo footage you see on the TVs in big department stores, you just need to make sure that the image you capture is as representative as possible of the scene you're capturing. So, yes, if you're shooting in an orange grove on a sunny day, try to capture the deep greens and oranges, in high contrast. But if you're shooting in a sleepy little village at dawn in the morning mist, it's OK to capture the "soft" low contrast look, because that's going to look pretty much the same in 4K as in HD.

Especially if you're using an 8 bit codec, you need to make sure you're using every one of the available bits do distinguish between light and dark areas.

Make sure your scene is properly lit

Whether it's daylight or studio lighting, or a combination of both. This is another example of how you should capture as much information as possible. There will always be less information in a badly lit scene.

How can your picture look like 4K if it doesn't even look like HD? Lenses are the most important part of any camera system, regardless of whether it's HD or 4K. Lenses may be marketed as "suitable for 4K", but that just means they're better than lenses that aren't as good. Even standard def with the best lenses can look pretty stunning. I would rather use an HD camera with a great lens than a 4K one with an iffy lens.

Motion blur kills 4K. If there's the slightest trace of blur, you're back to HD or less. You're never going to even capture HD resolution if your camera is waving around.

Compression can throw away as much as 98% of your original image. Use a production codec like ProRes or DNxHD, or record uncompressed. Storage is getting cheaper all the time, and it will be worth it. If your camera does't record to a high quality codec, then consider recording from the SDI or HDMI output to an external recorder. More recent professional codecs like Sony's XAVC are very good.

This is vitally important. We've already seen that even errors of slightly more than half a pixel can make 4K look like HD. And it's something of a paradox that while large sensor cameras can give you a lush, cinematic, shallow depth of field, this same characteristic can also ensure that most of your footage is never actually in focus. If you can't afford to have a focus puller, and if you're not in a situation where you can redo your shots if they're out of focus, then choose a camera with a smaller sensor.

Finally, a couple of practical tips for post production

Do all your projects - editing, grading, effects, titles etc - in 4K

What this will do for your footage is ensure that any changes you make, or any effects you apply, will be at 4K resolution.

Let's say you want to add some film grain. Do it at 4K. You will then have some 4K pixels in amongst your HD images. The same goes for titles. Make them in 4K and this will trick the viewers into thinking that all the material is 4K. How does this work? Because it "calibrates" your eyes. It's very hard to gauge sharpness looking at "organic" video. Text, with its straight and diagonal lines does look proportionately better in 4K and this will act as a benchmark for viewing everything else in the film.

Just, very gently, add a little bit of sharpening. this won't add any actual information to the images, but it will make the best use of what is there. Sharpening is a bit like turning up the Treble on an amplifier. It boosts the high frequencies, and the high frequencies in video are the sharp edges. It's surprisingly effective, but don't overdo it.

Remember: there's nothing wrong with using this type of "deceit". It's OK to make your HD look like 4K, because all of the techniques described here actually make your footage look better. It's not smoke and mirrors. You can't add information merely by upscaling to 4K, but you can by increasing the quality of the images you capture.