ARRI ALEXA on the stage with Coldplay 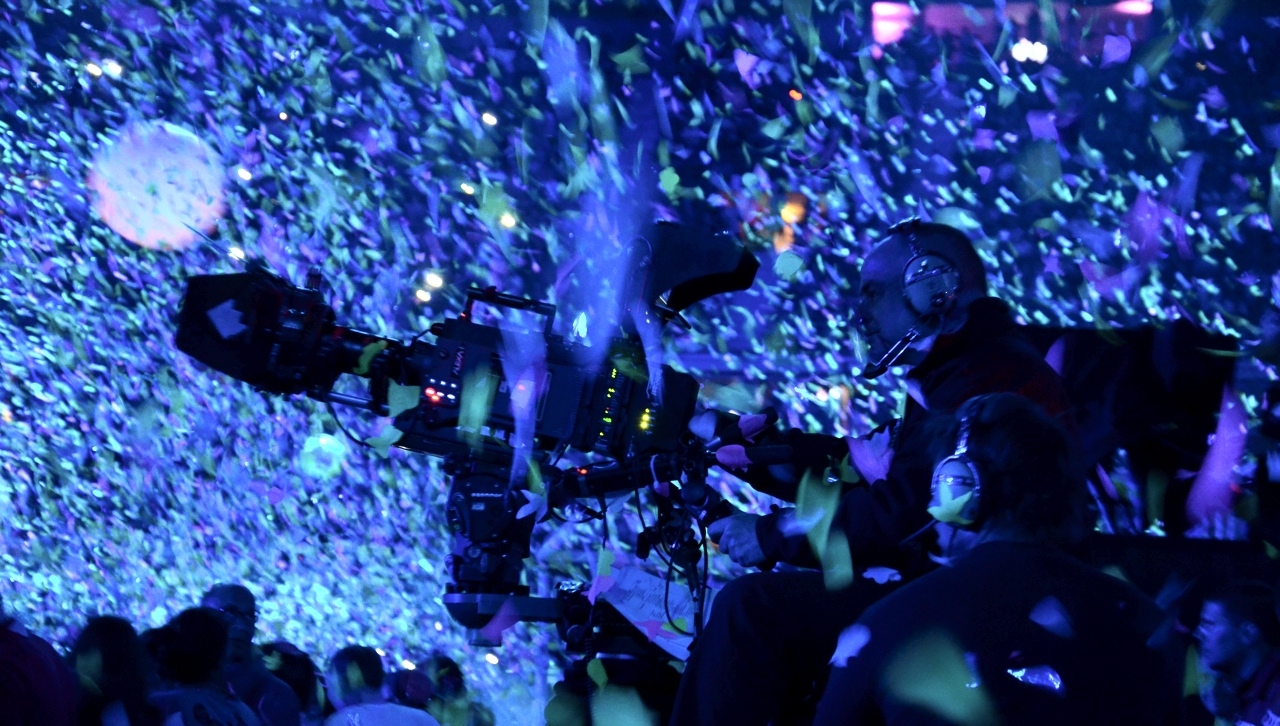 Today's digital cinematography cameras come with a list of specifications that can excite and baffle in equal measures. There seems to be no end to the debate about resolution, dynamic range, noise and depth of field

But one company, ARRI, is sailing smoothly through this sea of controversy for one very good reason: people seem to love the images from their cameras. Whatever the specifications say, it's very hard to refute the argument that "if it looks good, then it is good".

Good enough, certainly for Sam Mendes and Roger Deakins, who between them concocted the look for what is likely to be one of the biggest box-office hits of all time: Skyfall.

So, with all the love being heaped on the ALEXA from DOPs and Film Directors, you may be surprised that the high-achieving camera can also be used in live situations - exactly the opposite of what you'd expect for a camera that on the face of it is geared up for film production.

They key to using cameras for live and sports events is that they can feed their output to an outside broadcast truck or mobile control room, and with the ALEXA Fiber Remote Option, the ARRI camera can fit nicely into this environment.

Described by ARRI as the "ultimate field test", several ALEXA cameras have recently been integrated into the OB coverage of a spectacular Coldplay concert at the Stade de France in Paris. The Alexa footage was included in a film called COLDPLAY LIVE 2012, which was specially screened in cinemas across the world on 13th November, ahead of a DVD release on the 19th of the month.

Using a Fibre connection means that the camera's subtle images can be controlled remotely, and because Fibre is a high bandwidth, lossless connection, the ALEXA dynamic range, latitude, highlight and shadow details, colour rendering, natural skin tones, high sensitivity and low noise are all preserved.

Four ALEXAs were used on the night, working along with 17 other HD cameras in a truly vast operation.

Camera operator on the Coldplay film Nathan Hill said: "I knew that the ALEXAs would make a massive difference to the whole look of the production. The shallow depth of field is beautiful and the latitude was a huge bonus, especially as the show includes moments when the only light in the stadium is from the wristbands worn by the audience, yet at other times pyros light up the sky in bright flashes. This would present most digital chips with a real challenge, but is something that the ALEXA has been designed to capture with ease"

The fibre remote system gave the production crew in the OB truck new flexibility. Hill continued: "The ARRI system allowed the vision engineer in the truck to have control of iris, color balance, blacks, gamma, shutter, knee, gain and detail. This all helped to achieve the desired look of the concert on site and to match the ALEXA image and setup with the Sony broadcast cameras. All in all, I am very excited by the possibilities of the system and I have since used it on a three-camera Robbie Williams shoot."