How to work with high ISO 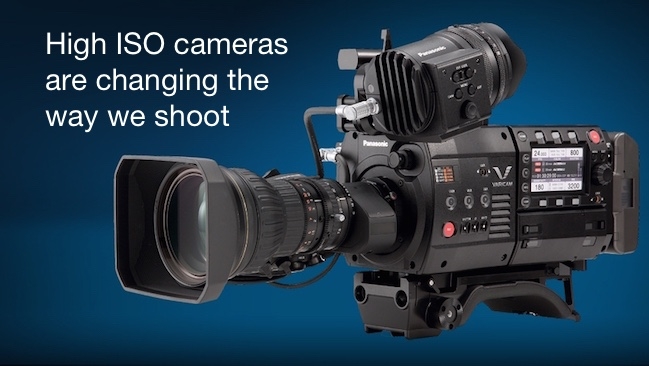 Replay: Barry Braverman took the ISO 5000 Panasonic Varicam 35 out for a night shoot in Paris, an experience which has left him with some very definite opinions on the difficulties of shooting at high ISO.

Thirty years ago, it used to be that we needed a ton of light for minimum exposure and, indeed, to capture any image at all. In the 1970s, at the beginnings of my career, film stock was dog slow. The basic stock Ektachrome Commercial offered an impressive ISO 25 in tungsten light. Slap on a Wratten 85 for shooting in daylight and now we're really talking a whopping ISO 16 which, needless to say, can be highly challenging when shooting at night or in low light. So it was in nearly every instance we needed to add light and often a lot of it, simply to deliver an image with a more-or-less acceptable grey scale.

Zoom ahead a few decades to the present time. With the advent of ultra sensitive no-light cameras like the ISO 5000 Varicam 35, our lighting imperative has taken on a new and utterly unexpected dimension. As veteran shooters proficient in the craft, our mantra has always been to exclude from the frame as many unhelpful visual elements as possible. Have a distracting background element? Take it out. See an intruding object irrelevant to the story? Crop it out. Have an unclear center of interest? Remove focus, i.e. defocus, everything around it.

A Brave and Daunting New World

The fundamentals of good craft, of course, still apply in today's world, maybe now more than ever, as the exclusion of subtle, irrelevant story elements inside the frame requires extreme diligence and discipline. Shooting with the new Varicam 35 recently in Paris at night revealed ordinary streetlights that suddenly appeared too bright. 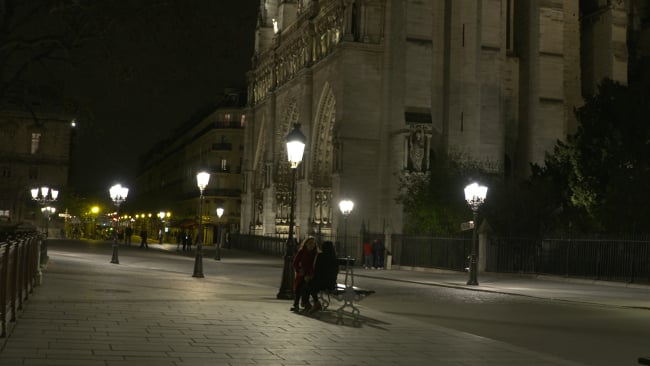 Shooting in Paris at night at ISO 5000, the normal brightness street lighting appears clipped and blown out, presenting a significant challenge to achieving proper balance in the scene.

The night sky over the city also appeared surprisingly overexposed, as well as the TV screens in a shop window that appeared unacceptably blown out.

Many us appreciate the high-performance and ISO 5000 sensitivity of the latest generation Varicam. We just never considered the relative brightness of certain light sources before inside the frame, like a TV screen, or the reflection in an actor's glasses. When shooting at a high ISO, we must be mindful that the light from whatever source, however weak it to the eye, is intended and helpful to the visual story.

Thus, the shooter's imperative to exclude requires a new, more disciplined perspective. The trivial kick of light off a talent's forehead or glasses, which may have gone previously unnoticed, must surely be excluded now by flagging, repositioning of the light or other means. The trivial bits of stray light are trivial no more.

Moderately sensitive cameras like the ARRI Alexa and Sony F55 have allowed us great freedom in our approach to grip and lighting. Compared to previous generation equipment, these camcorders with an ISO more or less of 800, allowed us to illuminate scenes for the first time with fewer, lower-wattage tungsten units, and cool-running, economical LEDs.

And what about now the not insignificant matter of neutral density? It used to that 0.3, 0.6, and 0.9 densities offered all the exposure control we needed. Today, shooting even with moderately sensitive camcorders, it's not unusual to employ 1.8 and 2.1 ND filters to achieve a reasonable stop and the desired, still-trendy shallow DOF. This requirement for increased-density ND filters can have a serious financial impact, as we typically require now the latest generation IR type filters compatible with single sensor cameras.

The sky above the illuminated city also posed an unexpected challenge. At ISO 5000, the sky proved a bit too bright and required a 0.3 ND soft grad to accommodate.

For many shooters, high ISO cameras like the Varicam are dramatically changing the rules of engagement. Lighting was always about excluding illumination not helpful to the visual story. We used cutters and cookies, dots and nets, negative fill and other strategies, to rigorously control where our lighting went and what it illuminated. Now that same control must be applied much more stringently by every shooter, as the ambient light from whatever source however weak, can contaminate the frame and upend the visual storytelling.