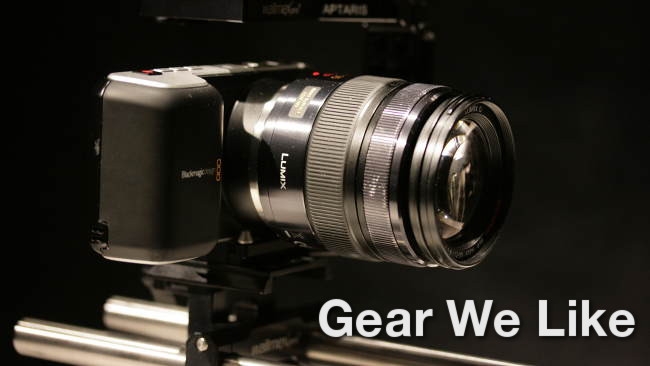 Our Technical Editor, Phil Rhodes, profiles one of our favorite cameras, the Blackmagic Pocket Cinema Camera, which has had a tremendous run as a value leader.

Every so often, a piece of equipment will particularly distinguish itself. It often isn't clear that this is happening until a camera or light or piece of grip equipment has been in use for years, as is the case for the subject of today's piece.

When Blackmagic Design released the original Cinema Camera, it was almost immediately obvious that it was a thing of quite some usefulness. Like or loathe the almost entirely touchscreen-based interface, the company's claims of ultra-wide dynamic range were well-founded and the decision to offer a micro-four-thirds mount, with the clear intention that it would facilitate adaption to a wide variety of lenses, was a smart move. It's a smarter move, in fact, than we would expect from many companies, particularly those who have a vested interest in lens manufacturing. The sensor has big, capable photosites which resolve an image that has variously been referred to as information-dense and easy-to-grade.

Naturally, nothing is perfect. Nobody really likes rolling shutter and the Cinema Camera's shutter really is quite rolling (to avoid the problem, get the 4K version, with the downside being otherwise-reduced imaging performance to offset the extra resolution and global shutter). With both the Cinema and Pocket cameras, the physical layout is slightly odd for a movie camera. As with many similar things, connectors face sideways, meaning that cables poke out awkwardly and can make hand-holding difficult. Making the primary keypad also the primary viewfinder is a recipe for finger-marked frustration and it's heavy enough to make handholding, in its unusual modified-DSLR grip, rather wearing. The enclosure itself, though, is a reassuringly solid chunk of metal provisioned with ample ¼" mounting threads. 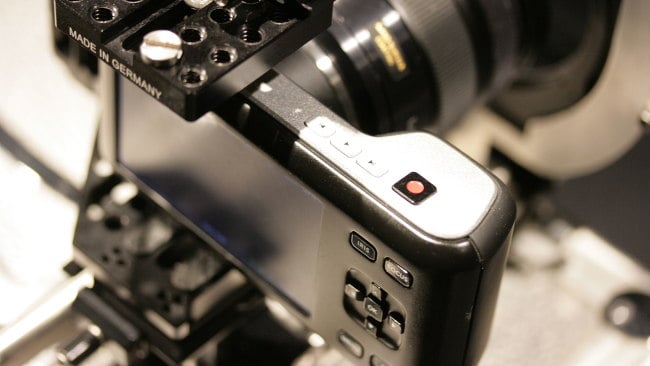 This means that accessorisation, which the camera really demands for serious work, is fairly straightforward and cameras have been rigged for anything from independent documentary, single-camera drama or electronic newsgathering (a Pocket is shown below in a Walimex Aptaris cage with Van Dieman 4-by-4 two-stage mattebox). 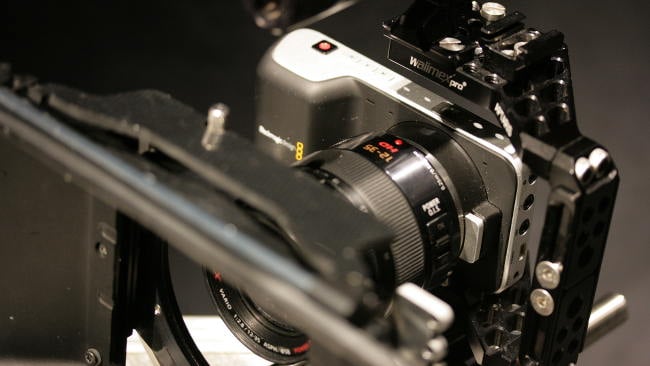 They've even been used in studio mode, at least until the company's more recent studio-specific cameras became available.

The choice of commodity flash storage can't be praised enough. There is an occasional issue with the full size camera that lower-profile 7mm solid-state disks can flop around inside the storage bay, although they are often supplied with stick-on plastic spacers designed to make them fit in laptop computers and these go most of the way  to solving this problem. Overall, though, the ability to buy storage practically anywhere, as well as to offload it with high performance over USB3-connected devices are themselves available and affordable, is difficult to overlook.The Pocket Camera has the ability to store compressed raw images, whereas the full size version can store full raw frames by leveraging the huge capability (often over 500MB/second) of commodity SSDs. No other answer is required to questions over whether expensive, high-end digital cinematography cameras really need their expensive, high-end storage.

Even the provision of an built-in battery is welcome. As with any lithium-ion battery, working life in terms of both years and cycle counts is limited, but the eventual replacement is reportedly a straightforward workshop job. The existence of this onboard power supply makes it possible not only to use the camera in a very stripped-down configuration, but also to hotswap external power, as an uninterruptible power supply, without interrupting a monitor image.

Sharp-eyed observers will have noticed that the images surrounding this article depict not the full size Cinema Camera, however, but its diminutive pocket-sized brother. That's because for some time, the pocket camera has represented possibly the best price-to-performance ratio any camera has ever had, because it takes extremely inexpensive SD cards and because it otherwise comes very close to matching the performance of the full size version. 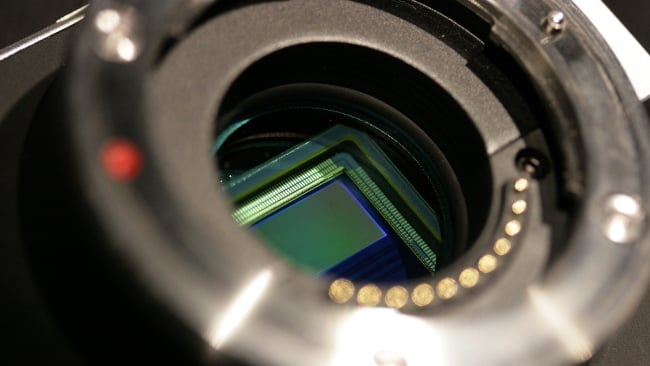 Caution is sometimes voiced over the 16mm sensor, but in the sort of circumstances under which this sort of camera is likely to be used, that's an upside, not a downside. The Blackmagic Pocket Cinema Camera is therefore Gear We Like, with an honourable mention to its full-size brother for being the first affordable way to nice, dense log images.