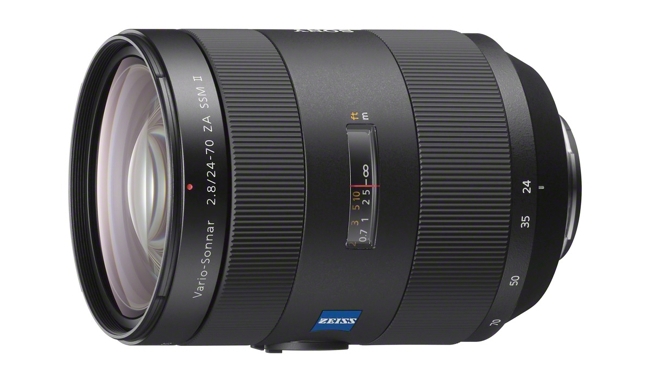 Sony's just announced two new lenses that will work with their A99 and A77 II cameras, and also with the A7 cameras, which include the A7S - although you'll need an additional optical adaptor for these.

We like Zeiss lenses. They're incredibly sharp and engaging without being harsh. They're zooms are amongst the most precise we've seen, and Sony clearly likes associating them with their cameras. Sony's stellar RX10 has a fixed Zeiss Vario-Sonnar zoom and it absolutely makes the camera.

According to Sony the new lenses have significantly better image quality, with extra ghost reduction and AF capabilities. They're rugged and moisture-resistant as well.

The SSM (Super Sonic wave Motor) can track faster than the lens's predecessors.

Based on the performance of other Zeiss lenses we've seen coupled with Sony cameras, it might be worth checking these out.

SAL1635Z2_A-1200SAL1635Z2_B-1200The new zoom lenses are ideal partners to Sony’s α A-mount family of interchangeable lens cameras, including the highly acclaimed α99 and α77 II models. With the addition of an optional mount adaptor, they’re also compatible with α E-mount cameras such as the α7 series.

The new lenses and all other Sony α camera bodies and accessories are sold at all authorized retailers throughout the Sony dealer network.