New cameras: What does it take to satisfy some people? 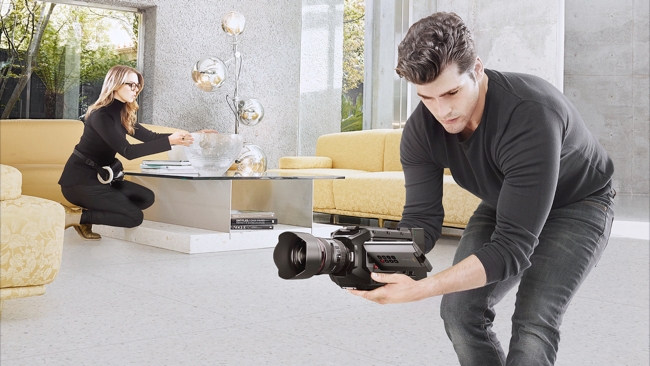 What would it take to please some people?

The kind of thing that I expected to happen, has happened, after Blackmagic announced a new camera, the URSA Mini, that - on paper, at least - is a challenger to cameras ten or twenty times its price.

This is going to make my current investment in Blackmagic cameras worthless.

You always see this. They would have a point, perhaps, if they had bought their camera yesterday and the price was slashed today, but that didn't happen (although the URSA has had a $1000 price cut). What's actually happened is that a brand new camera has been announced. This doesn't make existing cameras stop working, and there has been three years since the first Blackmagic Cinema camera hit the headlines. If you haven't extracted enough value from such a low cost camera in the first place, then perhaps you shouldn't be investing in video equipment at all.

This ignores the fact that some cameras costing ten times the price have an even longer list of things that they don't have. Sometimes really expensive kit has virtually nothing apart from an ability to take wonderful pictures. No, the URSA Mini can't take landscape shots in candlelight, nor was it designed to, or ever expected to. But what it can do (we imagine from the specs) is take amazing looking shots in reasonable light in a user friendly way.

It doesn't have a global shutter.

Actually, that's just wrong. It even has a switchable global/rolling shutter. Why? Because you get a slightly better signal to noise ratio with a rolling shutter so if there isn't much movement in the shot, and you don't have much light, it is actually an advantage to be able to switch to it.

Not as expensive as other much more expensive cameras, media, and not as proprietary. And you need very fast media for dealing with 4K. There's no way round it.

I don't believe that dynamic range figure of 15 stops

Well, this figure is likely to be as subjective as it is for every other camera. And it is subjective because it all depends how much noise is acceptable in an image. In a shot of a gradually fading blue sky, less noise is acceptable, I would guess, than in a shot of a snowstorm. So it isn't even possible to give the same absolute figure; it's going to depend on what you're trying to shoot.

Now I don't want you to think that I'm blindly singing this cameras praises. It stands or falls on its merits. The specifications look good, but nobody has used it in the wild yet, so we'll just have to see how it shapes up.

Just don't lose sight of the fact that this is a very high specification camera at a very low price. You can't get away from that. There will always be reasons why you might want to buy a camera from someone else, but low price is not, any more, likely to be one of them.

Thank you to Frank Flencairn's blog, https://frankglencairn.wordpress.com/2015/04/19/blackmagic-ursa-sanity-check/ which triggered the idea for this article.