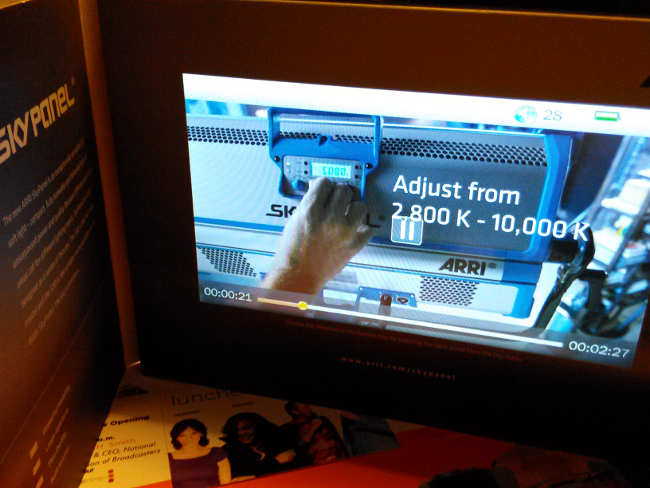 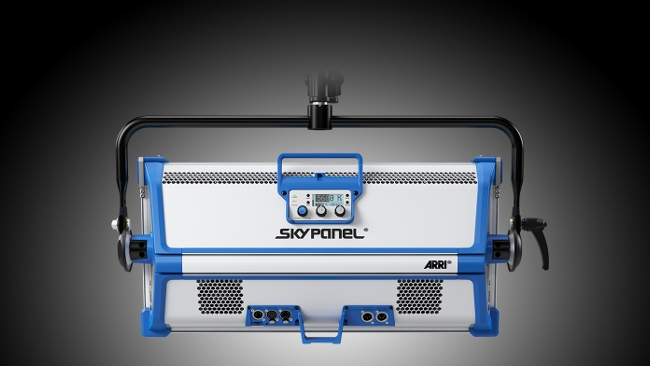 While much of the ARRI press conference focused on news that broke weeks ago, its presentation of the Sky Panel LED softlights carried the show (and there was a killer leave-behind to boot).

It must be tough to find the right announcement schedule around an event like NAB. We've seen companies like Canon and ARRI announce new products in that usually slow time between CES and NAB. Of course, then you have companies like Blackmagic which uses NAB as its launching pad for scores of new products.

With that in mind, ARRI didn't debut much in the way of new camera news at its press conference. But it did highlight a new product line which may be a (pardon the pun) fixture on film sets in the near future.

ARRI, a company known for high quality film lighting instruments, announced the Sky Panel LED series of softlights. These new Sky Panels will come in color tuneable models from 2800-10000 kelvin that are capable of vivid colors and non-color tuneable models that have 10% more light output than its counterparts.

There are two sizes, the S-60 series and the S-30 series. The S-60 (both the S60-c, for color tuning, and S-60-rm, for remote phosphor) are brighter than a 2K tungsten softlight and only 5 inches thick, meaning they can go where other softlights simply can't. The S30 series are smaller, half the width and half the power.

With these models, you can swap the diffusion panels, decide to either remove the power supply to balance weight or fix onto the unit, and are stackable for longer run times.

I ducked out of the ARRI press conference just as it was wrapping up. On my way out, an ARRI rep handed me what I thought was a brochure. It was, of sorts. 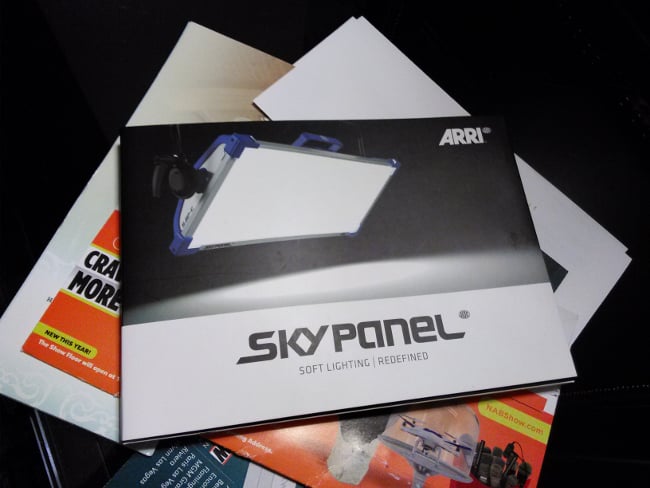 Actually, what I had in my hands was a touchscreen tablet in a cardboard case with magnetic open that prompted me to choose between the 'Showreel' and 'Features'. 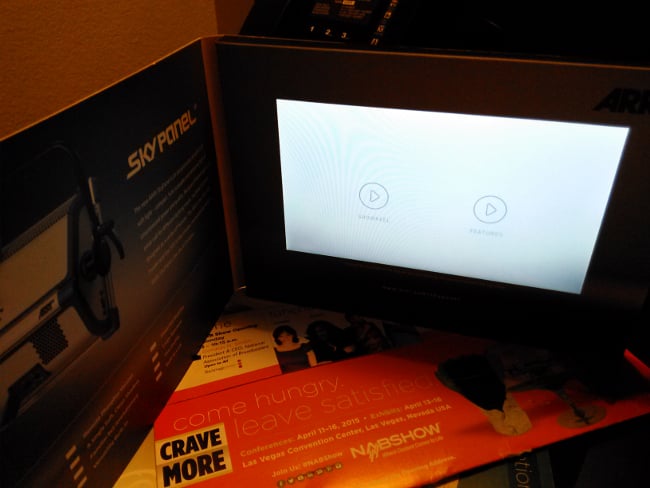 Upon choosing Showreel, the Showreel video played with audio. 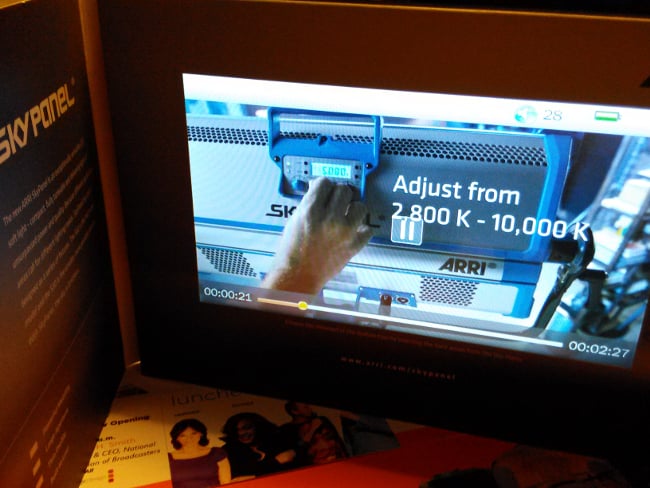 Going back to the menu, the Features option whisked me to a stylized page with multiple images and videos to see. There's even a micro-usb port in case I want to charge the leave-behind for future views.

This isn't the first time I've seen such cardboard tablet promotional giveaways, but it may be my favorite effort. And, the next time a marketing rep hands me material, if there isn't a tablet inside, I may be a bit disappointed. (Marketing reps of other companies: you can thank ARRI for that.)