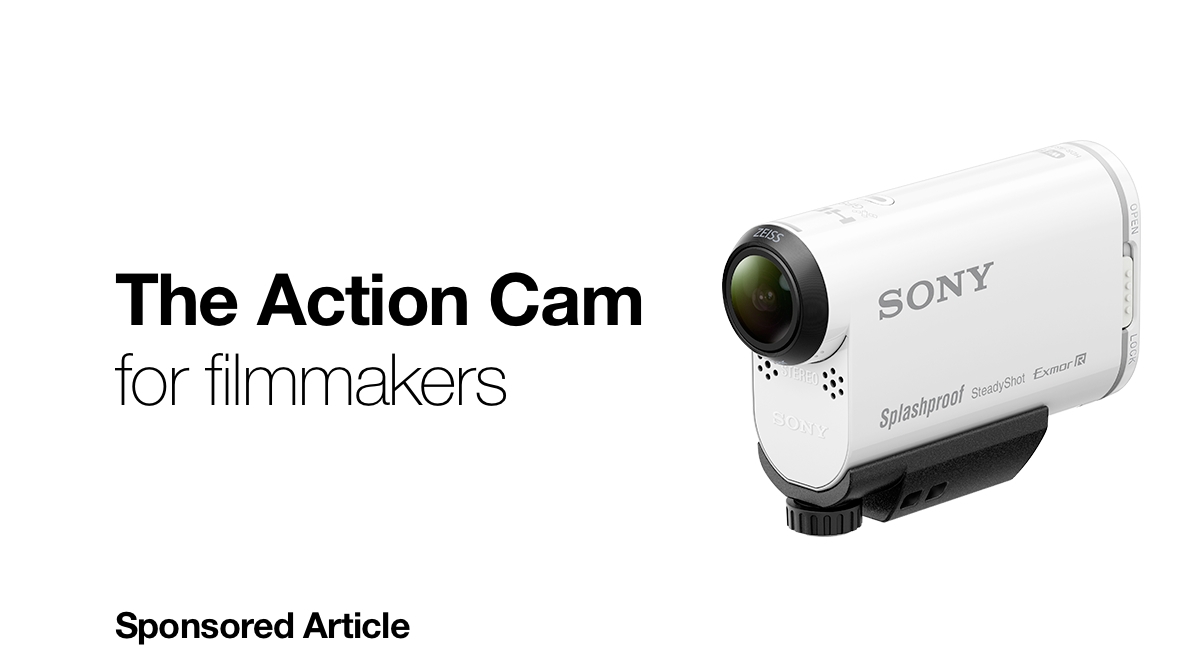 The Action Cam for Filmmakers

Sony's Action Cam has some serious features for filmmakers

You can't make a big action cam. It has to be small, packing all the features you need to make high quality video while you're jumping, running, cycling or surfing.

Well, that's the conventional wisdom, and it's true. But Sony's Action Cam has hundreds of uses in addition to those.

The Action Cam by Sony is bursting with facilities for filmmakers who need to get an unusual shot, or a camera into a small space. There's Full HD at up to 120p, Advanced SteadyShot for image stabilization, Ultra-Wide angle (170° when SteadyShot is off), a Zeiss precision lens, manual white balance and AE shift - and of course a tough, splash-proof body.

To demonstrate all this power and capability, Sony Action Cam has teamed up with a diverse range of filmmakers, artists and influencers to create a series of new films celebrating the “never before seen”. Ranging from crafty experiments and audacious stunts to short documentaries, sports adventures and scripted short stories, the films celebrate creativity in all its forms and use Action Cams to provide unique new perspectives on the production process and the stories themselves.

The films will be released gradually on Sony’s YouTube channel as well as the accompanying site http://www.sony.net/Products/NeverBeforeSeen/. The site will provide further information about the making of each project, such as behind-the-scenes imagery, comments from the directors, supplementary footage and detailed information about how the Action Cam was used in each production workflow. Vine star Zach King and directorial duo Wilkins & Maguire are among those contributing to later films.

The creative for the campaign was led by Japan’s Mori Inc and New York’s Stinkdigital, with additional support from Dentsu.

Here's the film Creature, directed by Ryan Dzierzek, who combines eerily realistic footage from Action Cam by Sony with VFX to imagine what happens when a genetic experiment revives something meant to stay extinct.

Dzierzek and his crew used the Action Cam to capture the point of view of the Creature. The Action Cam was mounted on various accessories and a quad-copter as it made its way through London and it’s suburbs. This allowed for natural running and flying motions that the imagined Creature would have.

The lab, embryo and the Creature were created by Dzierzek one strange part at a time in 3D. The Creature was then composited on the live action Action Cam footage. From creature animation, to live action VFX compositing, to drones, this film allowed the director to push the technical limits of what can be done with a small, hand-held camera.

See how this Creature was born and other Never Before Seen films at http://www.sony.net/Products/NeverBeforeSeen/