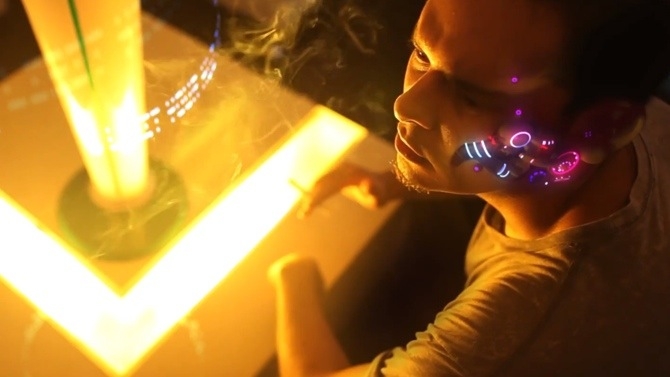 In what is becoming an industry trend, Music video FX impresario Stephan Zlotescu and N1ON score a feature deal from their CGI-fueled video. At RedShark, we’re suckers for a great Sci-Fi short.

In the past, we showcased Keloid, a 100% CG creation from Big Lazy Robot, and Plurality, a testament to what’s possible on a shoestring budget. These shorts and others like them, with their stunning dystopian or downright apocalyptic visions, are frequently Vimeo Staff Picks, shared on blogs, and covered as news.

Hollywood’s taking notice. The popularity of flashy Sci-Fi shorts has industry execs knocking on the doors of these young filmmakers, on the search for the next Alien or Avatar. In the last year, no fewer than three high profile shorts were bought by major studios. Rosa, an epic short (if there’s such a thing) by Jesus Orellana, was picked up by 20th Century Fox. Sony believes its newly acquired Ruin, the work of Wes Ball, could be a bankable SCi-Fi franchise for years to come.

That brings us to True Skin.

Evoking a near-future where people upgrade their bodies with cybernetic enhancements, it is the brainchild of Stephan Zlotescu, the VFX master whose clients include Beyonce, Lady Gaga, Kanye West, and Nicki Minaj, While having high profile friends definitely opens some doors, a video won’t catch fire on name drops alone. Fortunately, True Skin, filmed entirely on the streets of Bangkok but resembling an Anime Neo-Tokyo, stands on its own merits.

The folks at Warners Bros. apparently agree. They’ve purchased the feature rights to True Skin and will produce the project, with Zlotescu slated to direct. Anytime someone scores a deal from one of these shorts, it gives hope to everyone else out there, toiling away on his or her own shoestring CG opus. So, take a moment to celebrate these achievements, even as you plot your own.