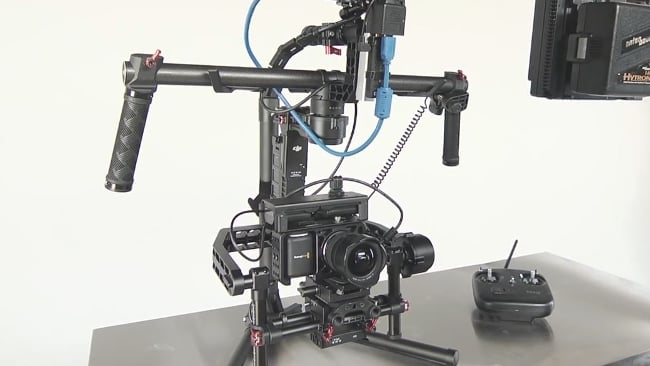 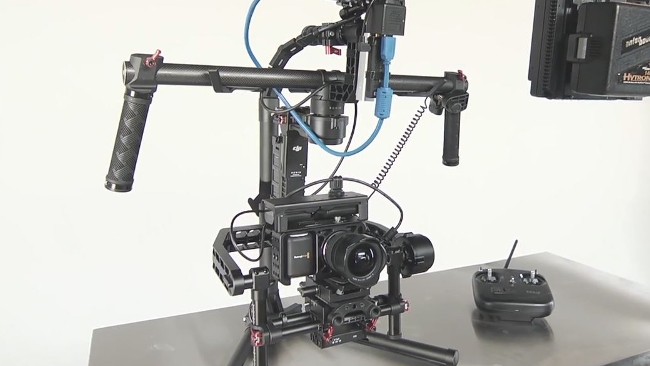 How to set-up the DJI Ronin

Once again, one of our readers steps up and shares a video so useful, we're compelled to pass it along. This time, the video comes courtesy of Eric Stemen, who details just how quickly someone can set up the DJI Ronin and offers advice on usage.

Motorized, 3-axis brushless gimbal stablizers are becoming ever-present fixtures on many productions, especially for indie films. At one time, in order to get that ultra smooth 'floaty' look typical of the Steadycam, you needed to attach it to a vest and arm, especially for prolonged use. You could, of course, go with a smaller stabilizer and smaller camera without the vest and arm, but it was murder on the arms, only really suitable certain moves and only briefly at that.

Whether flying with or without a vest, the most taxing part of using Steadycams and the like was the insane amount of time to balance the camera on it. This was less of a problem for those who owned their own stabilizer and vest (in other words, those committed to a lot of practice), but was a rather troublesome prospect for newbies and those working with unfamiliar gear. This is definitely where the motorized, 3-axis gimbal stabilizer, such as the DJI Ronin, truly excels. In the following video, RedShark News reader Eric Stemen reveals that he balanced his camera in about thirty seconds, which is both impressive and a bit frustrating for anyone who has ever spent the night before a shoot trying to balance a Steadycam-style stabilizer rig. Stemen also gives us some very practical advice on using the DJI Ronin and profiles his complete rig for wireless monitoring. Check it out!