Would you trust a self-aware drone? 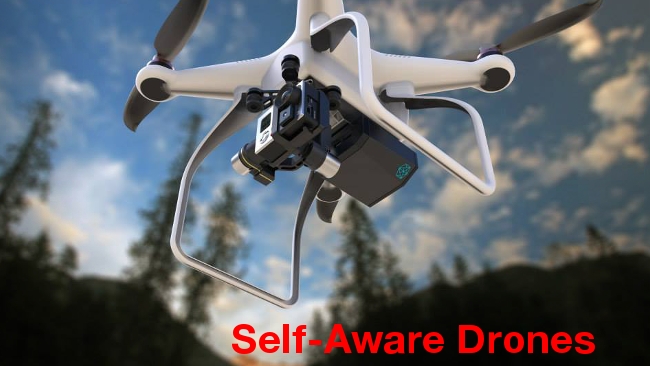 I do not trust autonomous flight. There…I've said it, phew! I've been flying multi-copters for a little over three years now and something just doesn't sit right with me regarding a self-flying drone. However, to my surprise, a new startup company plans to change all of that with its new hardware add-on named Percepto, turning your pre-existing drone into a "self-aware" flying machine. Could this add-on be the holy grail of autonomous flight?

Functionality: Giving your drone a brain

The claims are bold. Percepto intends to create an add-on unit that will interface with your pre-existent flight controller (3DR Pixhawk or DJI Naza) to offer smarter autonomous flight. Here's the nitty gritty: underneath Percepto's hood lies an NVIDIA Tegra K1 CPU. This chip allows for thorough analysis and quick decision-making. Percepto will draw its power from your drone's main battery source. It is unclear how the power will be bussed, but I can speculate it will come directly through your flight controller via the PMM connector. The unit in its entirety is said to weigh roughly 5 ounces (or 140 grams). This makes the unit light enough for Phantom or smaller custom quads to take the payload, which will be a welcome addition to many flight enthusiasts.

So, what does the unit do exactly? Percepto will actually give your flight controller computer vision capabilities, enabling your drone to understand its surroundings. Roughly translated, this means the unit will understand obstacles based on their height and depth, preventing the drone from colliding with its surroundings. This becomes a huge advantage, making autonomous flight actually viable. Percepto's features extend far beyond obstacle detection, however, allowing you to mark objects in your composition and enabling real-time motion tracking.

Percepto will also be able to receive hand gestures to control your copter in the air. I imagine this would make for an organic flight experience in theory, but in application I'm not entirely sure of its practicality. I can just picture it now: one minute your hands are gliding through the air and your copter is following your every move as if you're some sort some super villain! Your eyes drift to your leg as you feel an annoying bite. A Mosquito! You instinctively swat the bug off your leg as your copter banks a hard left into your friend's face. Oops, both bugs go splat! A bit of drone humor…I digress. This, of course, could be full proof, given the unit perceives it's environment fast enough to override its "masters" hand gestures, avoiding accidental collision. A test for the brave to discover!

The unit will also come with what they are referring to as "The Director" app. This will allow your unit to make smart decisions regarding flight and composition of your camera. As shown in the video, such modes will include Full Active, Wait / Follow, Active Angle, Pre Flown Shot, Restricted Zone and Ending Upwards.

For a better understanding of each mode, definitely take a look!

Applying theory: If it can think, is it a drone?

Drone, as the name infers, is exactly that: a mindless empty object that is a slave to given commands. I believe the problem that I personally have with autonomous flight is that your drone is flying blind set on a number of calculations you have given it. If your inputs are incorrect, you very well might run into a number of issues. The standing argument between my co-pilot (father) and I is that the unknowns of flight are much greater in quantity than the known. I say this because objects or conditions out of your line of sight can arise in your flight pattern that you did not anticipate.

With autonomous flight, your need to respond to out-of-visual-range issues comes down to a matter of milliseconds. Percepto, on the other hand, intends to change all of that and, if the unit is truly aware of its surroundings, the sky is no longer the limit. With devices like Percepto, drone technology is about skyrocket. A thinking, responsive copter in the air, by my definition, isn't a "drone" at all; it's a filmic companion. Now all that our copters are missing is an A.I. with a cute female British accent. DJI, your move!

Although I'm generally skeptical regarding autonomous flight, Percepto is making a strong case to wash away my doubt. This add-on unit is exactly what I need to fly with confidence and I cannot wait to try one for myself! So what are your thoughts and experience with autonomous flight? Will Percepto be a welcome addition to your copter? Let us know what you think below!