Here's our impression of the Atomos Shogun, now that it has playback software 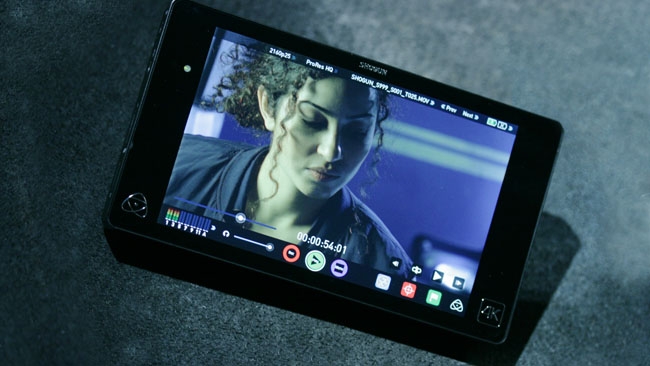 First off, let’s recall our recent report on the Atomos Shogun recorder and the firmware update that added the ability to play back files. 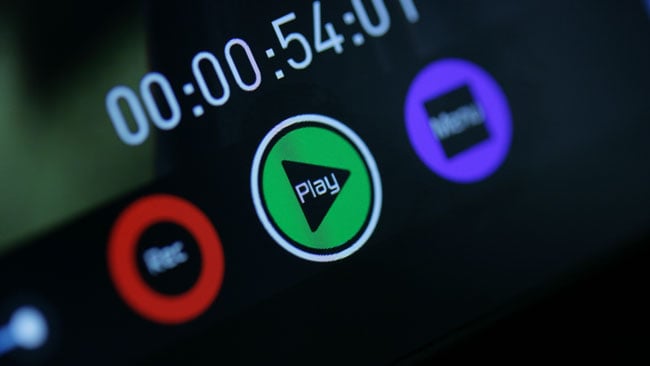 Play back is a simple feature (at least in concept), but one that's important because Atomos' future plans for the Shogun are both exciting and important for the continued competitiveness of it. This update could be seen as essentially completing the basic feature set. It’s also a shining example of a software-defined device and the fact that achievable feature sets are now defined at least as much by developer hours as they are by hardware.

This is good in many ways, but I can't write an article like this honestly without mentioning the fact that playback is a feature which one might expect in the initial release. Although rumours abound of a troubled late development cycle involving counterfeit parts and other problems outside the company's control, this is clearly less than ideal. This concern is entirely retractable, of course, given timely and complete implementation of the company's projected updates for Shogun, which are really very tempting.

The company advertises coming attractions including full 4K (that is, 4096 pixel wide as opposed to 3840-pixel quad HD) recording which will be of particular interest to GH4 owners. Perhaps most importantly of all, though, is the promise of user-uploadable lookup tables. Shogun currently offers only one lookup table option, for Canon's C-log, much like the Samurai Blade before it. This seemed strangely limited on the Samurai, given that C-log is only one of many things users might reasonably be expected to encounter, and it suggests that the Shogun hardware does have the capability to do lookup tables in general. This can't come quick enough, given that Shogun is perhaps the best monitor Atomos has ever made.

In general, Shogun is easy to like. Complaints that it feels cheap seem ungenerous – that feeling is based, if anything, on the fact that it's light, and nobody would expect anyone to make something heavy just to make it seem expensive (at least, not outside the realms of children's toys and fake batteries, where this sort of thing very definitely goes on). The presence of a proper multipin Lemo connector for the audio I/O cable is extremely welcome; this choice is perhaps representative of a coming of age (the DC input barrel connector below it, less so – I used a Sony NPF battery plate adaptor, which at least latching, and which is easy since the Shogun is 12V tolerant on its battery inputs). The lack of dual redundant battery plates as found on the company's previous products is a bit of a shame, but not a deal breaker. The supplied Lemo to XLR breakout is much too short, being difficult to tie down to anything with the Shogun mounted in a normal monitoring position, but it ought to be possible to come up with better third-party breakout devices by examining the pinout.

The star performer, though, is the display, sensibly chosen to have a computer-oriented 1920x1200 resolution, showing a full-resolution HD image, plus some test and measurement data. It's something of an irony that we can finally achieve full HD resolution on a small monitor just at the moment that we start moving to 4K, but that's not Atomos' fault – that's the state of the art, and it is indeed as state-of-the-art a display as it can be without actually being an OLED.

There's severe question as to how useful a 7.1" 4K display could be, in any case, unless the camera department were to don those hilarious head-mounted magnifying lenses beloved of people working on very, very small engineering parts. Touch screens are not, in honesty, a completely fantastic way of controlling the basic features of these things (it's fine for once-a-day setup stuff), but I assume that someone either has or will create a suitable LANC controller with big, clunky buttons or perhaps a B4 lens interface for transport control. That'd be nice.

The requirement for recording 4K ProRes (and, apparently, DNG soon) at over a gigabit per second means that Atomos has not been able to maintain their low-cost option of recording to spinning disks in 4K, except with a RAID-0 addon. This might be usable in nice, gentle circumstances, but frankly exceeds my tolerance for mechanical flimsiness – in reality, sane crew have always recorded to SSDs in Atomos recorders anyway. 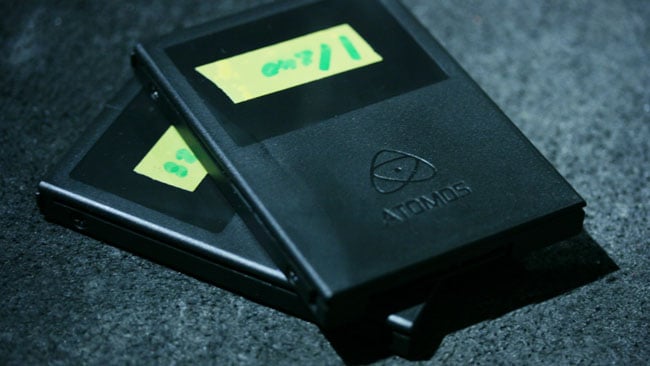 To their credit, the company has not taken the approach of demanding proprietary SSDs, so three cheers for the Australian in this regard.

In short, Shogun is a fine thing, and if it gets user-uploadable LUTs and perhaps 4K to HD scaling (ideally with 10 to 8 bit as an HDMI option for fussy devices), it will become a deeply lovely thing.