You want to see 4K through a viewfinder? You can’t even see Full HD yet 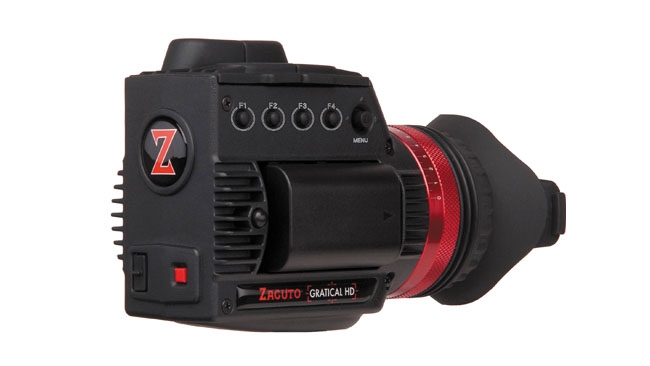 Kicking off a new RedShark mini-series, Phil Rhodes considers the state of the art of the current viewfinder market and finds it lagging quite a way behind modern camera capabilities.

The restriction in making high resolution displays, at least using most common display technologies, lies in both the large number of pixels and their tiny size, both of which lead to problems of consistency and reliability that reduce manufacturing yields and push up prices. The availability of things like 4K displays at the scale of a 24in TFT is evidence that this particular nut is being successfully cracked, however, and as a result we have workstation monitors – and certainly tablets and phones – whose resolution approaches that of printed hard copy.

One thing these developments give us that's often overlooked, though, is not the ability to continue making 24in displays with ever higher resolution – it's the ability to make smaller displays of the same resolution, particularly for viewfinders. The situation at the moment is that almost no cameras actually have viewfinders capable of displaying the camera's image at full resolution. Even the mighty Alexa uses a viewfinder, Arri's EVF-1, which only has 1280 by 768 pixels, and Sony's DVF-EL100, compatible with the F5, F55 and F65 – which is possibly the highest-resolution digital cinematography camera currently in widespread use – is the same.

Predictably, given that these are at the money-very-little-object end of the market, the options available to mere mortals are even more constrained. Many affordable EVFs, such as the common Cineroid EVF-4C (just over £300), have used 800 by 480 displays, which is barely standard definition, let alone HD or 4K. The Alphatron EVF-035W uses a 960 x 640 panel. The midrange includes devices such as Zacuto's immenent-as-anything Gratical viewfinder (currently preordering at around £2300) which is an OLED like the Sony but has 1280x1024 pixels, providing space outside the 16:9 image area for test and measurement displays.

Regardless of their performance, though, none of these are full 1920 x 1080 viewfinders, even those on cameras capable of considerably beyond-HD, and even beyond-4K, resolution. People experienced on traditional dramatic productions will decry the idea of using the viewfinder to focus, but even in those situations, it is common for a film camera operator to at least confirm whether the shot was actually in focus, even if it's someone else's job to keep it there.

Electronic newsgathering is greatly complicated by the fact that the viewfinder doesn't accurately show us what's in focus, leaving us reliant on somewhat cumbersome workarounds with 1:1 pixel ratio zoom modes that aren't perfect in every situation. In general, the majority of the advantage of electronic over photochemical capture is the immediate feedback, and if we compromise viewfinding, we have compromised one of the primary advantages of the technology in use.

The majority of modern viewfinders use TFT technology, although a few (such as Arri's EVF-1) use reflective liquid-crystal-on-silicon (LCOS) displays. LCOS often allows for higher contrast and is the principle behind Sony's well-known 4K projector, in which the company refers to LCOS as “SXRD”, for Silicon X-tal Reflective Display. JVC call it D-ILA in their projectors. It's no surprise at all to find OLED displays in viewfinders almost before they become common in standalone monitoring, given that many of the problems with bringing OLED to market involved consistency and manufacturability, which are both exacerbated by the sheer size of the panel.

Historically, of course, viewfinders were invariably monochrome CRTs, which had excellent brightness and contrast and reasonable sharpness, but it's difficult to make a CRT that small project a fine enough electron beam that the resulting image has meaningful information at HD rates. But then, neither do the images of some lower-cost TFTs, which probably have sharpness not far from a standard-def CRT.

Given the situation with the fundamental level of technology, this is intended to be not so much a polemic about the state of things as it is an observation. The industry is very well aware of the desire for full-resolution viewfinders, and will undoubtedly leap to serve that market as soon as it becomes technologically feasible to do so. Further stressing the situation is the fact that many of the best display panels with the sort of characteristics that are somewhat suitable for viewfinders are being made for cellphones. Unfortunately, the microscopically short lifetime of products in that field make it difficult for companies operating in smaller markets to design products around what's available before the components go end-of-line. There are signs of positive change: the viewfinder supplied with the Sony PXW-FS7 has a resolution of 960 x 540 pixels. While this still doesn't match the FS7's 4K sensor, it's an incremental step in the right direction to have achieved at least a half-HD display.

In the meantime, it's clearly important that we have as full an understanding as possible of what's available, especially given the common need to put together rigs around DSLRs, the Blackmagic cameras, and other devices that aren't immediately easy to throw on a shoulder. As such we're going to put together a series of articles rounding up the current provision and discussing what's available at what cost, and what features are available for both onboard viewfinders and other related ways of ensuring our pictures are in focus, correctly framed, and looking as they should.