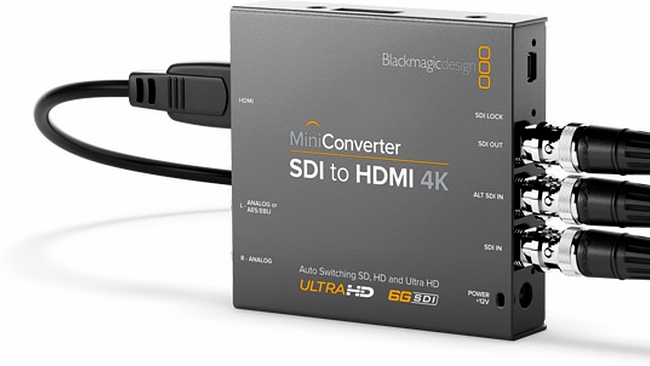 If you have twenty-seven thousand pounds to dedicate to the problem, high quality monitoring of beyond-HD pictures is relatively straightforward. Sony's BVM-X300 display, which is probably not quite the first 4K OLED on the market but certainly the first designed for professional applications, doesn't quite cover all of Rec. 2020 colourspace, but it does have a true 4096-pixel wide display, so you can view all of a digital cinema picture on it. Crucially, it has the unbeatable black level and contrast performance of an OLED.

An answer from Dell

On the other hand, it's now possible to be in a situation where a production's shooting 4K, or at least quad HD, where an X300 would be more than twenty times the value of the camera, and that does rather stick a spanner in the works of affordable high-resolution acquisition. We've already looked at Dell's UP2414Q display, an early example of the sort of quad-HD TFTs that are being built for use with computer workstations.

While nobody's seriously contending that this sort of equipment is a complete replacement for a display of forty times the cost, if the purpose of shooting 4K is to acquire high-resolution pictures, it's all a bit pointless if we can't see whether they're in focus or not – and anything with enough pixels will let us do that.

Some might say that the Dell display we reviewed is a little small for the high resolution to be viewable to its best advantage, although its diminutive dimensions do make for greater portability. Either way, there are two easy solutions: either buy the cheaper, larger 32” version, or use the old trick of positioning your head at closer proximity to the image.

Blackmagic to the rescue

So, having, with any luck, preempted the most obvious criticisms of this approach, let's look at the practicalities. As a computer monitor, the UP2414 doesn't have SDI inputs. This might be fine, since many cameras have HDMI output, but really HDMI isn't ideal around a film set. It isn't designed to go very far (a few metres at most before becoming unreliable, anecdotal evidence notwithstanding) and the connectors are terribly flimsy in comparison with the sturdiness of a BNC. 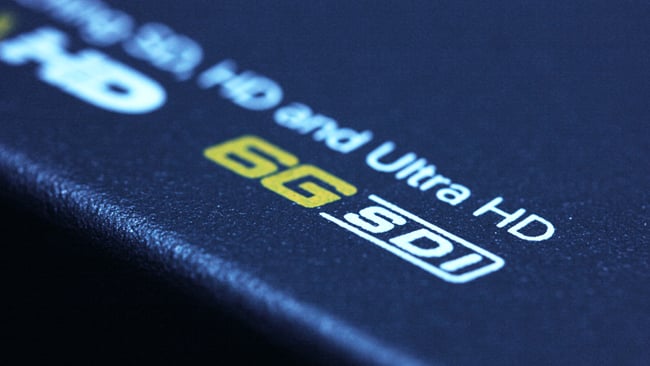 Therefore, perhaps the real purpose of this article is an analysis of Blackmagic's 4K SDI to HDMI box, part of its mini-converter range. The short answer is that yes, the £189 converter does the job nicely and the Dell display has no problem with its Quad HD modes. A quick scan of the documentation suggests that neither the converter nor the monitor support the more recent HDMI standards that would permit high-frame-rate work, but that's a rare requirement and, in any case, likely to require more bandwidth than 6-gigabit SDI can provide if you want RGB pictures. For the time being, then, this is a very practical solution.

As to the engineering side of the equation, we've seen SDI move from standard definition, to high definition, to three, six and even twelve gigabit versions with the regularity of Fast and Furious movie releases, so it's easy to overlook just what a technical achievement this is. HDMI can send about as much data per signal (about 3.4Gbps per RGB channel in version 1.3, versus 2.97 overall for 3Gbps SDI), although it uses two pins to achieve differential signalling and isn't designed to go nearly as far. Abusing an SDI signal by unthinkingly putting it through a series of old cables and adaptors, just such as might be found twixt camera and monitor, is easy. Even so, I was able to drive the SDI to HDMI converter via a combination of cables built for analogue composite video, joined with barrel connectors, without trouble. This puts the lie to the idea that SDI absolutely must be transmitted through expensive low-capacitance coaxial cables, although anyone working with long cables or relying on a tethered camera for critical recording of high-stakes material would be well-advised to do it properly, as it's easier than ever to break at six gigabits. 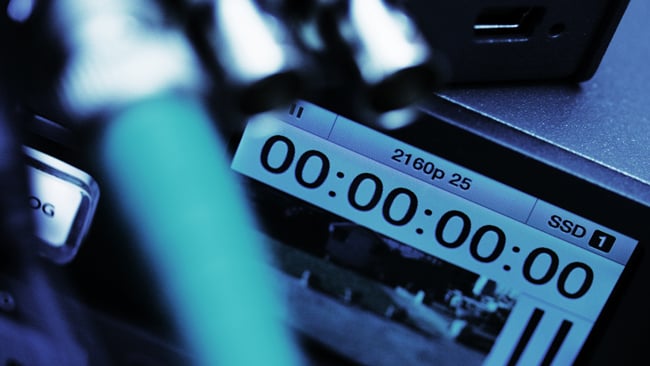 Because the test available image source was a Blackmagic Hyperdeck Studio Pro, which outputs 3840-pixel-wide quad HD and not 4K, I wasn't able to evaluate this setup when confronted with true 4K images. Theoretically, the mini-converter does support 4096 by 2160 output, and though the Dell UP2414Q doesn't, LG and Eizo do have full 4K monitors that do, so it should be possible to monitor Panasonic's GH4 and its full-width 4K modes. 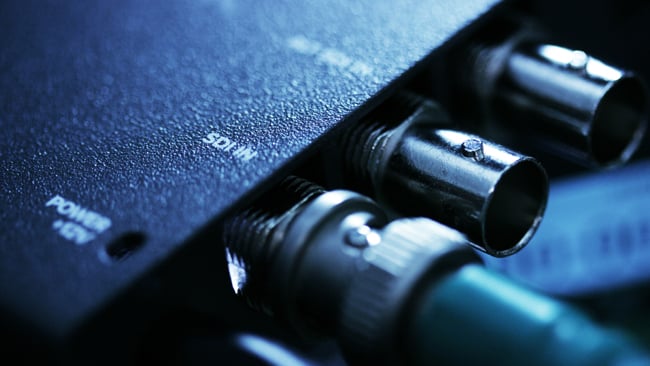 The other consideration is whether it's worth converting to SDI on an HDMI-only camera, and bridging the gap between camera and monitor with SDI, just for the sake of greater sturdiness. Certainly, both the SDI to HDMI and corresponding HDMI to SDI converters are small enough to be camera mounted. The HDMI to SDI version consumes about 4.4 watts and tolerates a refreshingly wide range of 12 to 31 volts, so it could easily be battery-powered given a simple cable.

The only remaining question is whether Blackmagic might choose to give us a 4K version of their HDLink product. The SDI to HDMI mini-converter operates both as a signal converter and to scale 4K SDI down for 1080p displays. This might be a way of making a colour-accurate 1080p display useful for 4K shoots, perhaps alongside a low-cost 4K display for critical focus. What the mini-converter doesn't do is to provide the same options to load look-up tables as HDLink, which are key to proper monitoring of log or other luminance encodings that aren't designed to be directly viewed, or in conjunction with third-party software to provide on-set grading. This might be more meaningful, given a monitor with better colour rendering than a computer TFT, though, and until such a device is released, the mini-converter is a good way to check framing and focus with 4K cameras.