What's Teal, Orange, Purple and Pink, and has just won a Golden Globe? 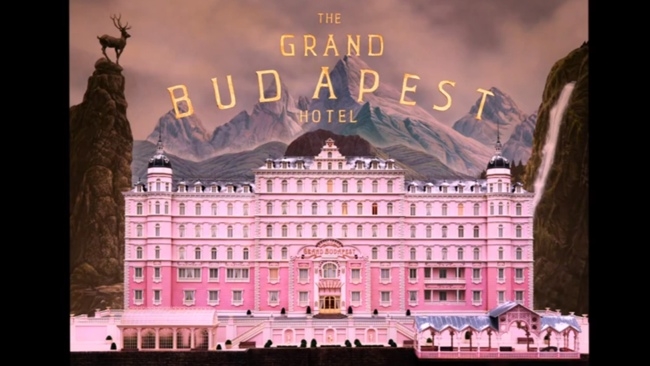 This isn't a technical article. It's about colour, but not in a complicated way.

It was shot on celluloid film, which may or may not have contributed to the lushness of the scenes, but, either way, it seems appropriate.

And, rather oddly, but again, not in appropriately, it was shot in several aspect ratios: three, to be precise.

(Thanks to www.shotonwhat.com for this info).

The colour is like nothing I've seen before. I've never seen not just the look but the feel of a film so decisively set up by the colour. There's Teal and Orange, Pink, Purple, Deep Red and more Pink. It looks exotic; unreal in a sense but very real in that way that foreign, strange, unfamiliar places can seem.

All of this is cocooned in a production language that loves long tracking shots and absolute symmetry. You could almost say that this film is a Wes Anderson production textbook.

If you haven't seen it yet, this trailer gives a very full flavour.