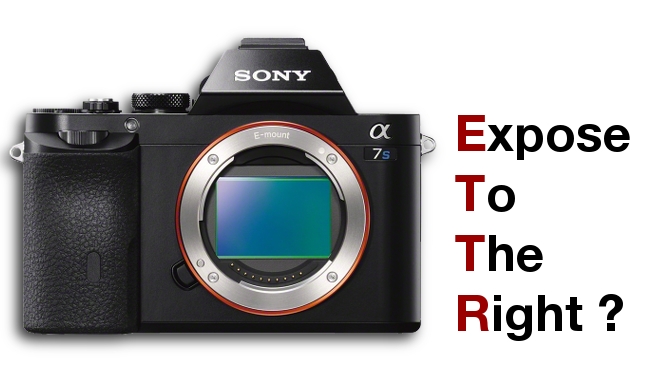 A trio of videos by Sony A7s users confirm the best exposure compensation for shooting in S-Log2 and tips for quickly grading the footage in Da Vinci Resolve.

The Sony A7s was definitely one of the hottest cameras of 2014, and as it's been in wide use for several months now, users have had plenty of opportunity to put it through its paces and discover how to obtain the best possible image from it. And with the release of the Atomos Shogun, A7s users can now finally test the camera as a 4K shooter.

When shooting in HD internally, there is a growing consensus among A7s users that it's best ptractice to expose to the right (ETTR) (that is, exposure should be compensated brighter without clipping highlights). Here's one of the first user videos to explore this practice, uploaded to Vimeo by Dave Dugdale of the popular camera and video tutorial site Learning DSLR Video:

It's important to note that all of these videos feature footage recorded in S-Log2, which means a logarithmic curve and a base ISO on the Sony A7s of 3200. (Check out Redshark News Technical Editor Phil Rhodes' excellent article on Log style recording for more information on the subject.) The perceived downside of recording in S-Log2 for many users is the increased noise in underexposed portions of the frame. To counteract this phenomenon, the Sony A7s community has settled on exposing to the right around two stops.

Of course, now that you've acquired your ETTR +2 S-Log2 footage, it needs a color grade to look like anything useable. S-log2 and other log or flat picture styles will yield milky footage regardless of whether you ETTR, as compared to cameras that have a look 'baked-in', which puts even greater onus on getting the image right in camera. For those trying to wrap their heads around color grading S-Log2 video from the Sony A7s, here's another video, this one by Espionage Films, which tests the camera as a ETTR shooter and teases a post-workflow:

The above video illustrates the effectiveness of exposing to the right two stops, making some quick adjustments in a color grading application like Da Vinci Resolve, and how well the footage takes pre-packaged LUTs. But for those that want an elaboration of that color grading workflow, cinematographer Matthew Pierce has delivered an excellent little tutorial video which explains the steps in detail:

So, there you have it. Sony A7s users who shoot at ISO 3200 and above should use S-Log2, expose to the right by about two stops, bring the exposure back down in Da Vinci Resolve, and experiment with LUTs like those from VisionColor that Pierce mentioned in his video or manually set their own looks. The big revelation from these videos is how well the Sony A7s, which only records 8-bit video, employs S-Log2 while shooting ETTR, which one might reasonably presume would need 10-bit and higher precision. But according to these results, the 8-bit footage shot in this fashion looks pretty remarkable given the low price tag of the camera. Now that the Atomos Shogun is finding its way into the hands of Sony A7s users, we can expect to see more tests from the community to determine if this technique is also suitable for 4K capture with the Sony A7s (more than likely a 'yes').