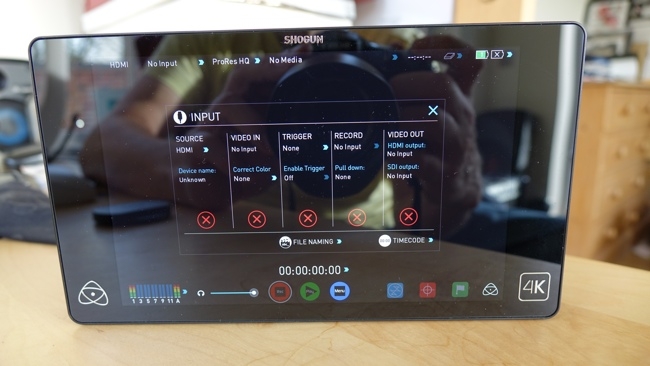 Yes, it's daft doing unboxing articles, but we can't contain our excitement when a cool new product arrives, so here's what it's like unwrapping an Atomos Shogun

We've seen the Shogun a few times at trade shows but it was never clear whether we were looking at a finished product. Well, now it's shipping, and we've just got ours. The Shogun's an exciting product because it's the first announced 4K recorder that can capture 4K though HDMI (although the Convergent Design Odyssey is on the scene now - presumably as a response to the Shogun?). Perhaps the biggest potential market for the Shogun is for Sony Alpha 7S users. This mirrorless full-frame camera can output 4K though HDMI and Atomos worked closely with Sony as the A7S was being designed. The two products should work nicely together.

The Shogun is a break in the traditional form factor for Atomos. It's a bigger screen with full HD resolution and is pitched as much as a monitor/EVF as a recorder. Working at 4K resolution means that the internal architecture is brand new. With four times the data rate of HD, you need a different approach (in the same way you can't expect a "Conventional" car to go at 400mph!).

Once you get past the outer box and bubble-wrap... 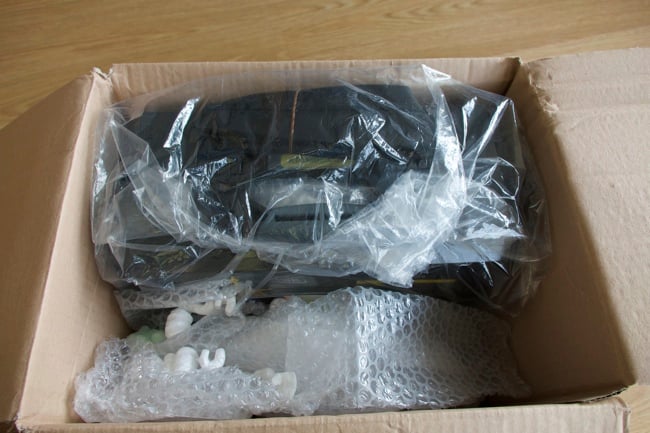 ...you can see the Shogun's very tough-looking carry-case, wrapped in a "Shogun" outer skin with Atomos' usual Japanese-themed graphical style. 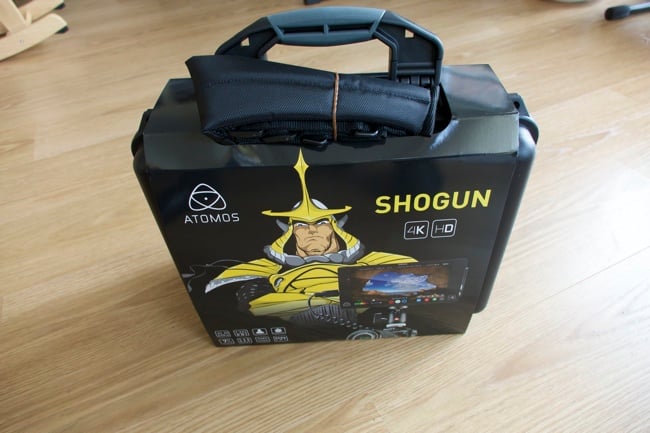 It's quite a bit bigger than the Ninja's case. 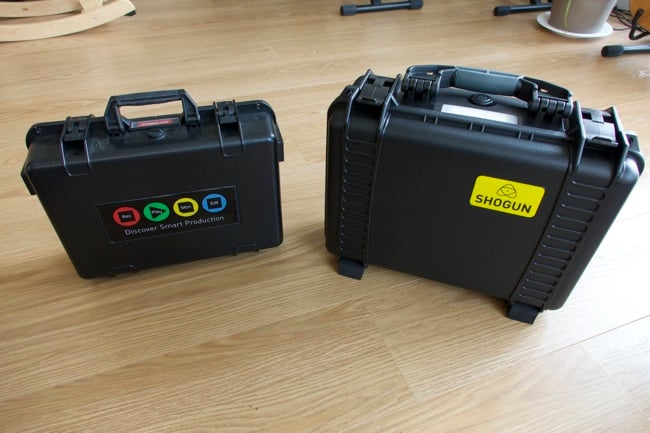 Inside, everything is cleanly laid out (the Shogun itself is in the top-left of the case). 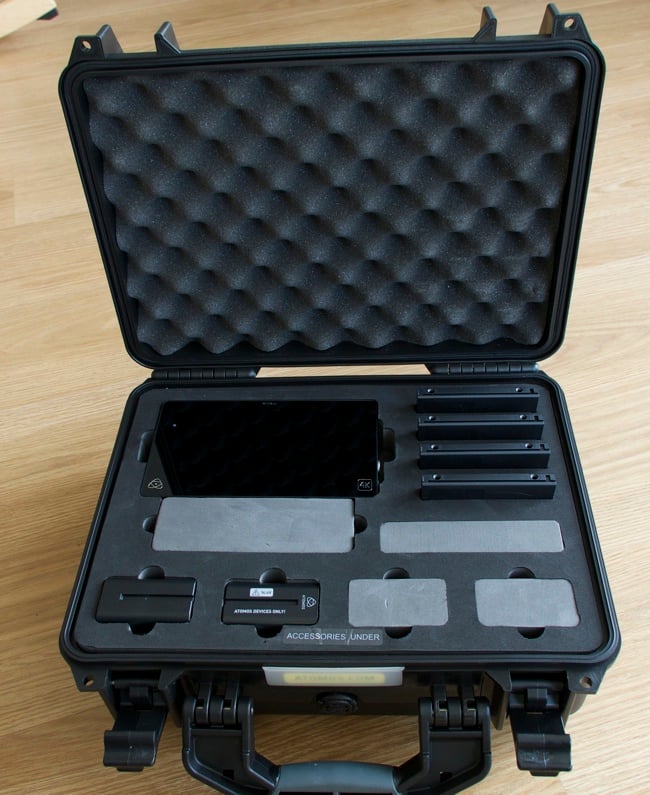 And if, like us, you're wondering where the rest of the accessories are (audio break-out cable etc), you just lift the top layer of foam packaging, and it's all underneath. As is customary with Atomos, you get everything you need in the box. There are chargers, storage docking stations, adaptors and break-out cables. The case itself is very tough and feels like it's easily strong enough to stand up to the rigors of professional use. 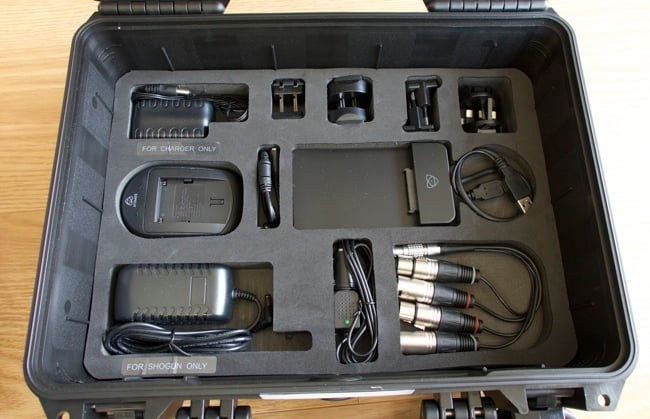 The Shogun is nicely designed: clean and functional at the front. 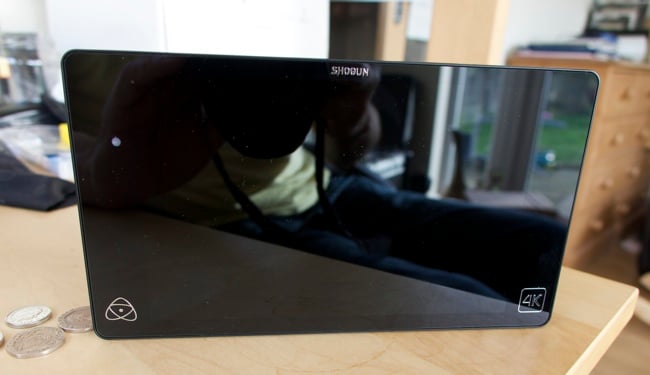 And round the back you can see the space for the disk caddy (not compatible with the caddies used in Ninjas and Shoguns), the battery slot, SDI connectors, and some ventilation slots at the top. Unlike the Ninja and Samurai, which are passively cooled (by the body of the unit itself - it's basically a giant aluminium heatsink) the Shogun is actively cooled and has a fan. You can see the ventilation holes at the top of the device. 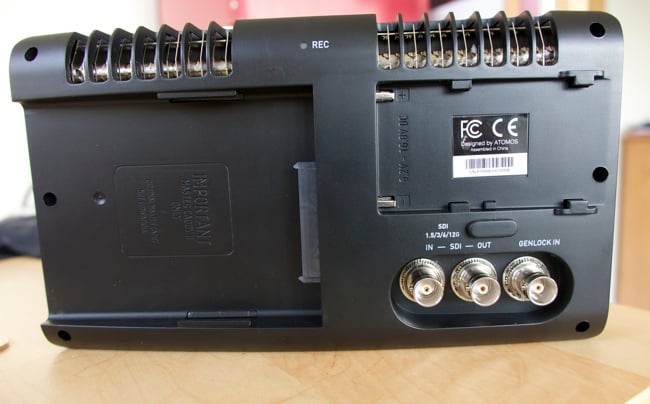 On the left hand side, there's a 3.5mm headphone socket, and two HDMI sockets, one for IN and the other for OUT. 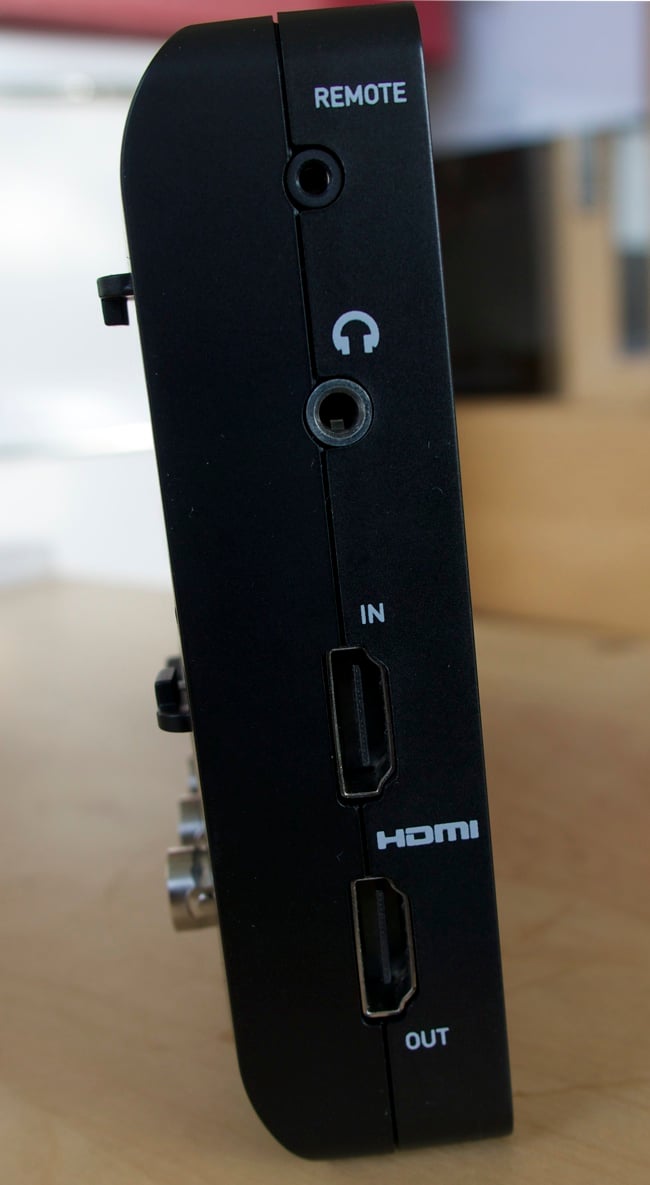 On the right side, there's a DC-in socket, two HDMI connections (one for IN and the other for OUT), and a big on/off switch.

The Full HD screen looks incredibly crisp and sharp. It's pretty bright too. It looks like it's definitely up to the job of acting as an EVF/Monitor as well as the user interface for the Shogun. 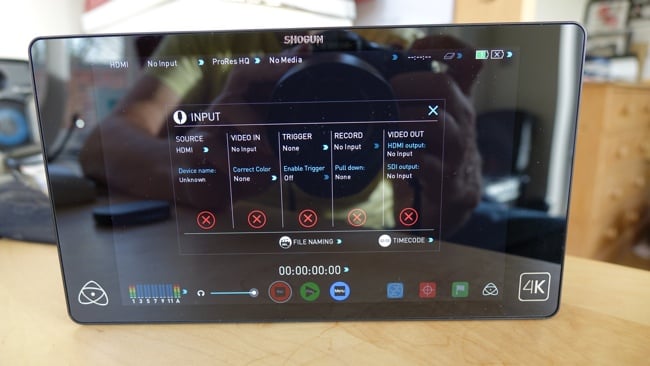 We'll be testing the Shogun over the next week or so. Our Sony A7S is arriving any day, and we'll be able to test this new recorder fully. We think the combination of this and the Sony A7S will give us an awesome amount of power for a small price, and in a tiny space. We'll let you know how it works out soon.