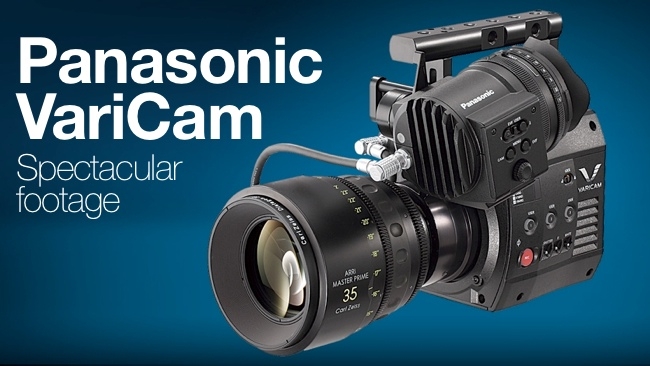 Panasonic's new Varicam in its 35mm incarnation is looking like a strong competitor to the cinema cameras at the very top of the tree. Here's the footage that stakes its claim to that refined territory

Once you get past the awkward-sounding slogan "Revolutionising the Way Emotion Is Created", you start to realise that the Varicam 35 is a very powerful product that's not just a camera but a platform. It's modular in a big way: the front end (lens mount and sensor) are interchangable between a full-sized sensor cinematic module and a more traditional  - but for traditional broadcasting more appropriate - 2/3 type unit. A capable recorder module completes the rear end with a suitably large choice of codecs and recording resolutions.

We recently saw for the first time the demo reel for the Varicam 35 4K camera. It looks, to us, gorgeous.

At this stage in a camera's life, it's very easy to analyse, and possibly over-analyse this material, but for us, it's all about potential. Potential, that is, to capture a range of gorgeous-looking footage in a wide range of circumstances.

Before we go back to the footage, let's just revisit Panasonic's pedigree in this arena.

Remember that it was only around twelve years ago that the first HD cameras were vying with each other for superiority. At the time, Sony was pitching their 1080p F900 and Panasonic their  720p Varicam. I remember going to a video industry exhibition in Johannesburg and attending a session in a cinema where Sony and Panasonic video was being shown side by side.

Honestly, they both looked very good. Remember that at the time most people were still watching SD, which was interlaced. I realise now that for me the most attention-grabbing aspect of the very good-looking video from both cameras was that it was progressive. I'm pretty sure that even today, this footage would look good. Even the Panasonic at 720p looked, to my eyes, to be every bit as good as the Sony.

In fact, there was so little between them that the discussion afterwards was over little differences like how the Panasonic handled the appearance of falling rain, compared to the Sony. (Our conclusion was that the two cameras handled it differently, but you couldn't say which was better). Certainly, the Varicam was very good, with great skin tones and a seemingly wide colour gamut. The Sony was good too, and not, I would say, different enough for me to say which was best. They were both, for the time, remarkably capable cameras.

Do you remember Planet Earth, the BBC-produced wildlife series? It was perhaps the first widely broadcast natural history series not only shot in HD, but planned around the higher resolution format. Every shot, from the immense flocks of flamingos to the dotted lines of elephants visible from an aircraft, was designed to say "you couldn't have done this with SD, and probably not with anything less than 35mm film, either".

For some reason my assumption was that most of this was shot on Sony HDCAM. But it turns out that it was mostly Varicam at 720p. Pretty remarkable.

And it is for this reason that I think we can expect a lot from the new Varicam. Like Sony, Panasonic still has a huge amount of talent and knowledge that will have gone into designing this camera.

This early demo reel certainly stands up to that expectation. The images have an effortless quality to them. There's contrast and subtlety there. You can't tell how much of the look is made in grading, but you can't pull this sort of look out of bad images.

Dynamic range looks immense in some of the shots, and colour rendition is deep and rich.

Of course you can always say that these shots are cherry picked to show off the camera, with the best lenses and the best locations, but at this level, that's exactly how the camera is likely to be used anyway.

Remember that you're watching this via the internet, but one of the reasons that this footage looks so good is because of the quality of the original images: the absence of noise and the clean saturation will all have helped the compression codec to do a good job.

Make no mistake: this is not a cheap camera. It's approaching Alexa territory; but it's a very modern device with a long life ahead of it. I would say that, right now, this is exactly the device that Panasonic needs to be able to sell.