A post-apocalyptic vision that's not a vision but reality 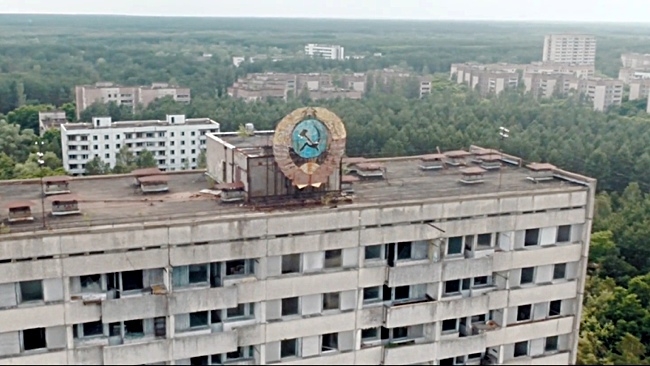 Pripyat, the town next to Chernobyl

Anyone old enough to remember Chernobyl will recall that it was a story that sounded bad at first, and then got much worse. For weeks and months the world held its breath (literally in some places) while the nuclear dust clouds settled. Scandinavia and even Scotland felt the effects. This was real, and no more so than in Russia itself, where tens of thousands of people were evacuated from Pripyat, the main town near the disaster.

But you can also see it, because Danny Cooke, a UK-based freelance filmmaker, director and editor, has been to Pripyat, and shot footage there using a drone. It's some of the most spine-tingling video we've seen. The scene with the swimming pool is just terrifying and we can't help wondering who would have risked their lives to spray graffiti tags on the tiles.

The only place on Earth

This is probably the only place on Earth where you can see what it's like when time stands still; but decay doesn't. Well, we call it decay, but for nature, it's more a case of reclaiming. There are trees growing through buildings and car parks. They are beginning to dwarf some of the multi-story apartment blocks. And all over the place are the old but still evocative Soviet symbols and icons: a poignant reminder that this was four years before the Berlin wall came down.

All of this damage happened in seconds. But it lasts almost for ever.