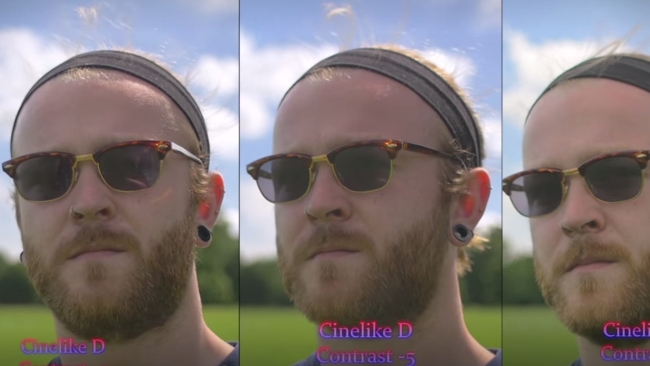 When recording 8-bit 4K internally with the Panasonic GH4, you must take great care in finding the correct settings for shadows and highlights, as illustrated in a comparison video by RedShark contributor Chris Cory.

When the Panasonic GH4 was released, it was the only camera near its price range that could record 4K video internally to SD card. Of course, this internal recording came with limitations; the 4K stream was capped at 100mb/s and only at 4:2:0 8-bit. To get 10-bit 4:2:2 4K video out, you would need to add the YAGH I/O add-on and out to an 4K SDI recorder like the Odyssey 7Q, or wait for the upcoming Atomos Shogun 4K HDMI recorder.

Of course, the GH4's 4K internal video isn't bad, it's just that, with only 8-bit color, the look is baked in and you don't have near the lattitude for grading in post that you would for higher-bit color or RAW video. In the past, many have tried various picture styles and settings to acheive a flat look, thinking that this would yield either more dynamic range or a better grade. More often than not, this was not the case, as any extra detail in the shadows would be at the expense of highlight detail and the process typically boosted noise above acceptable levels, necessitating heavy noise reduction in post, which could also degrade the image.

RedShark contributor Chris Cory made the following video, comparing different image settings for the Panasonic GH4. Through Cory's guidance, the viewer will learn not only which settings he prefers for internal 4K recording, but why, culminating in four-way split-screens, so you can judge for yourself.