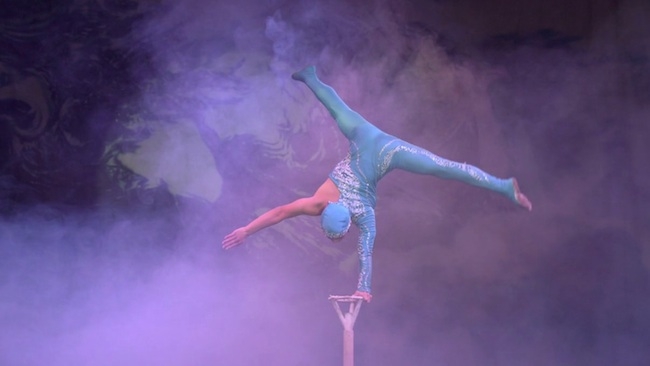 The ARRI Alexa has become hugely popular due to the intelligent processing and the delicious image it creates.The company’s latest camera, the Amira, thus has an exceptional pedigree and, in this review of the first Amira in Australasia by Kiwi cinematographer Donny Duncan, proves to be a pretty exceptional camera too.

In late June I was offered the chance to test drive the first ARRI Amira to be delivered in Australasia, by Paul Richards from Nutshell Camera Rentals, Auckland, New Zealand.

I hadn’t felt such a sense of eager anticipation since getting my hands on the first ARRI 16SR1 to arrive in New Zealand in the late 70s, and venturing out at night, filming in the streets of Wellington with a brand new Zeiss Superspeed lens.

As soon as I picked up the Amira, I felt the same familiar ARRI build-quality, precision, simplicity and balance.

It’s well documented that the Amira is the baby brother of the ARRI Alexa camera, and shares the same sensor and electronic architecture including the famed 14-stop latitude.

In an effort to reduce weight and streamline the camera, the RAW recording capability has been omitted, but as only 2 out of 10 Alexa users reportedly shoot RAW, it’s a fair bet that the potential buyers will be very happy with ProRes4444 2K origination, or less.

I didn’t want to recreate a formal studio-based exposure test that replicated the plethora of existing tests analysing the Alexa’s remarkable imagery – I was more interested in an empirical test, taking the Amira out in the field by myself, and pushing it to some extremes and analysing what it was like to use in the real world, and how the resulting images stacked up.

I decided to find a visually rich event that would showcase the 200fps, full frame feature of the camera, so I set off for the circus. I’d spent 45 minutes with the on-line Amira simulator, and then had only 45 minutes hands-on to set the camera up, before facing off against an energetic troupe of Chinese acrobats.

I decided to shoot all the footage at ProRes 4444 codec, 2K resolution, 25p, base ISO of 800 and, of course, ARRI LogC gamma to hold as much detail as possible. A standard REC709 Look was programmed to the EVF and LCD for realistic viewing conditions.

A really useful camera feature that first impressed me was the programmable side toggle switches which meant in less than 5 secs. I could reset frame speed from 25fps to 200fps, switch ISO from 800 to 1600, open iris two stops and be rolling again in super slow motion. Changing from 3200˚K to 5600˚K colour temperature (or any other) was a breeze with the lower toggle switch, and the ability to pre-program both colour temperature and colour compensation (green/magenta axis) if needed was a great feature.

I’d set up the top buttons on the viewfinder so I had peaking, false colour exposure control, LogC preview and expanded focus right at my fingertips and the flip out LCD screen on the EVF was in a great position to access menu options or review playback.

The circus footage was a great success, although in a non-controlled lighting situation there was a degree of flicker from certain lamps – just like the Olympic coverage!

Next morning the winter sun shone low and bright, so I set off for Saturday junior soccer to capture some high contrast, back-lit images at high frame rates. The 500m walk from car-park to soccer ground meant this was a good test of hauling the camera around with a 19-90mm Fujinon Cabrio zoom lens, head and legs and backpack with spare batteries and 180mm lens – as a solo operator. Decidedly, this is not a rig I’d like to take on a run-and -gun style doco, in a flak jacket, under fire (or on The Amazing Race for example…) It’s certainly not a 2/3” digicam after 30 minutes on the shoulder! Rigged with a drama-style prime lens though, and two handgrips, it’s an ideally balanced hand-held camera – the weight is a stabilising bonus in this kind of configuration.

I’d also caution about the wisdom of operating this camera solo and self-pulling focus on a 35mm sensor. I found the focus peaking was not always to be trusted and chasing fast action around at 90mm and wide lens apertures meant the hit and miss ratio was not ideal.

Although being promoted in Europe and the US as a documentary camera, I think the rental cost would be a prohibitive factor for average budgets in the Australasian market.  I rather see its place in high production value, well-budgeted documentaries at the BBC/Nat Geo/Discovery Channel level, music videos, TV commercials, TV movies, low to mid budget features, and as a companion camera to the Alexa on feature films – ideal for steadicam, handheld, and B camera coverage – providing shooting RAW was not a requirement.

Later that day, surf and sunset beckoned, so I did what the manual says not to do – and pointed the Amira straight at the high afternoon sun and clouds to see how much detail I could hold, and analyse how the highlights rolled off into over exposure. A few days later in our Da Vinci Resolve grading session, this was about the only time that grader Karl Lear confessed he couldn’t recover any highlight detail – no detail left in the sun itself! However, the surrounding clouds looked great and the sun burnout felt very natural. Again, looking at high contrast situations , I shot straight into the hot spot of sun reflections bouncing off the water and got a very pleasing result with loads of built–in ND and a 200 fps frame-rate.

A few hours later, there was a brief window of magic sunset light and I had fun taking the camera right down to water level in hand-held mode to maximise reflections in the wet sand and shoot dogs cavorting in slo-mo in the falling light.

A Muriwai Beach sunset & the verdict

Then it was off to the city to shoot some available-light night situations. Firstly I shot a cityscape across the water, to set up a noise floor test of various ISO ratings – 800, 1600 and 3200. The noise/grain was only really detectable at 3200 ISO – notably it seemed to be consistent from shadows to mid-tones to highlights, like more familiar film grain, rather than video noise pre-dominantly in the mid-tones.

After this test I went into hand-held mode and chanced across a group of basketball players in a local park, shooting hoops under a single tungsten floodlight. This presented a great opportunity to see if I could shoot night, available-light at 100 fps. With a T1.9 Ultra Prime lens, I only needed to push ISO to 1600 to bring back the goods – late night slow-motion in the street.

Back at base, it was a breeze to pull the 120 GB C-fast cards and download the ProRes files for ingest into the edit. I’d surely advise a USB 3.0 or Thunderbolt connection though – USB 3.0 gave a transfer time of about 18 mins for a full 120 GB card (45 mins of ProRes4444 2K footage) compared to an estimated 4 hrs on USB 2.0!

All in all, this camera was a joy to use, and as important as the visual results are, the fact that it was a no-brainer to set up and fly with in the field was a huge plus for me, and meant I could devote more time and energy to what was happening in front of the lens.

I think the Amira will find its place in the market pretty quickly – but not necessarily where the marketing folks have it pitched at the moment. Its got some very friendly features that even the Alexa doesn’t have. I know I’ve already got it booked on the next TV commercial – with an assistant though!