What makes a great image? 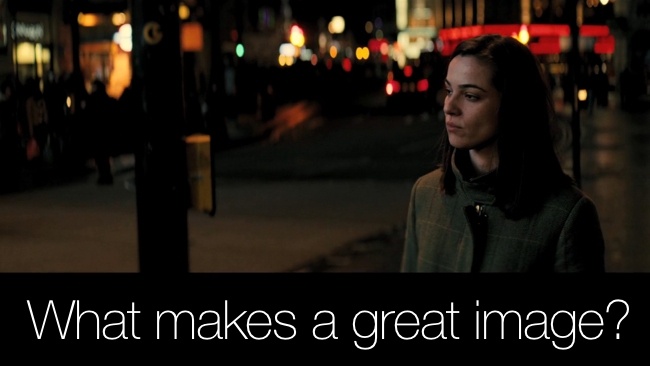 There are so many things that can can contribute to the quality we perceive in a movie image. Resolution (2K,4K,6K etc) may not be the most important!

You know what? I think we may be missing something very important when we're talking about what makes a good film look good. First of all, think about the variables.

1) Resolution (2K or 4K or 6K or whatever). The number of meaningful pixels that make up the image.

2) The "look" of the film - the grading or colour correction that's applied after it's shot;

3) There's the production design (Phil Rhodes made the very good point that if you want a green look to your film, use green things);

3) The camera's sensor will impose it's signature of the film: a combination of sharpness, noise, and other possible artifacts;

4) The optical characteristics of the lens. This adds more than you would imagine to the look of a film. Someone recently made the point in RedShark that one of the reasons that ARRI's undoubtedly very good sensor in their Alexa camera is so praiseworthy is that it tends to be used with glass that costs the same as an executive car;

5) And finally (well, probably not finally, because there are many more factors that influence the look of a film) there's aspect ratio.  We've recently started campaigning, if that's not too strong a word, for a wider aspect ratio to be adopted by broadcasters and screen manufacturers, because 16:9 is looking a bit chunky now, and 21:9 mirrors our perceived visual field more closely.

Personally, I love very wide aspect ratios. I think they might be one of the most important things about how we perceive a movie image. At the end of this article is a clip made for Cooke Optics by John de Borman (BSC) to demonstrate their new anamorphic lenses, and it does make the point very clearly that shooting natively in anamorphic, with a good camera, can create stunning results.

You need to watch this the right way though. If you see it on a monitor or TV screen that's too far away from you, it still looks very cinematic, because I think we're trained to think when we see a very wide image that it was made for the cinema. But try watching this up close, and in full screen mode. I'm very lucky to have a Dell 32" 4K monitor connected to my Macbook at the moment. That's ironic, because the ARRI Alexa is "only" 2K. I'm sitting around 18" from the monitor, and it fills up about half to two thirds of my field of vision. And the effect is dramatic: try to sit as close to your screen as possible.

I was in London yesterday at a similar time to when this film was made, pretty much in the same place, and this is almost a perfect representation of what it looks like to be there, walking along the pavements, distracted by all the lights, and faced with the cacophony of visual stimuli that you find in the centre of a major metropolis. Actually, watching this, the resolution is almost irrelevant, beyond the point where you get a decent picture. This is more about the "feel" than the scientific accuracy. There's more too: the anamorphic nature of the lens brings with it some characteristic and - to me - attractive artifacts, the most noticeable of which are the vertical oval shape of point sources like street lights and headlights.

In any case, I've always liked anamorphic lenses. I like them because they are a better alternative to achieving a very wide aspect ratio by cropping. With anamorphic, you don't have to crop, because the wide image is "squeezed" to fit your sensor (how well it fits depends on the exact size of your sensor and on the optical characteristics of your lens).

So, for me, this clip is about as close as you can get to visual perfection. Note that this wasn't shot in the idealised environment of a studio; it's just a camera wandering around a busy street. And the images are gorgeous!

Read about our visit to Cooke Optics factory in Leicester, England