Want another opinion on the Blackmagic 4K camera? Here's our second, independent, review. 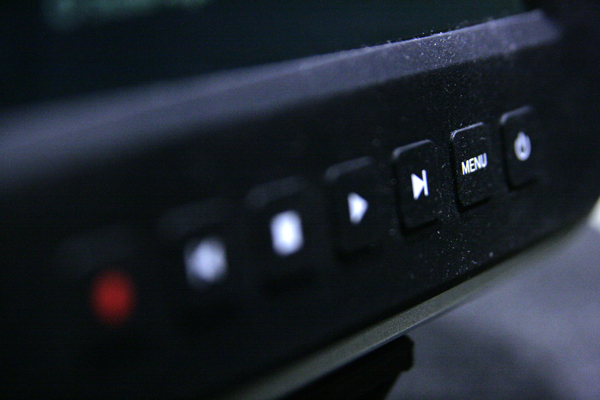 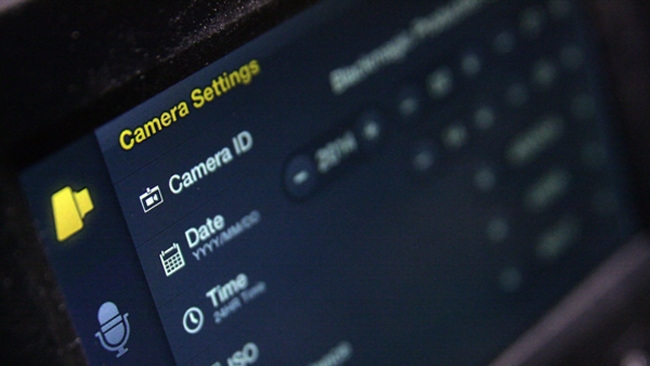 Before we start, we're going to have to come to an agreement. That agreement recognises the fact that the Blackmagic Production Camera is a very serviceable little device, and the fact that it's very cost effective. So, should I happen to write something even slightly less than positive about this camera, I want you to assume that the mitigating words “...but it's very cheap” are inserted thereafter. Because the Blackmagic Production Camera is indeed extremely competitively priced, but astoundingly, it's probably still a better camera than the earliest efforts of some other manufacturers to build 4K cinematography devices at many times the cost. 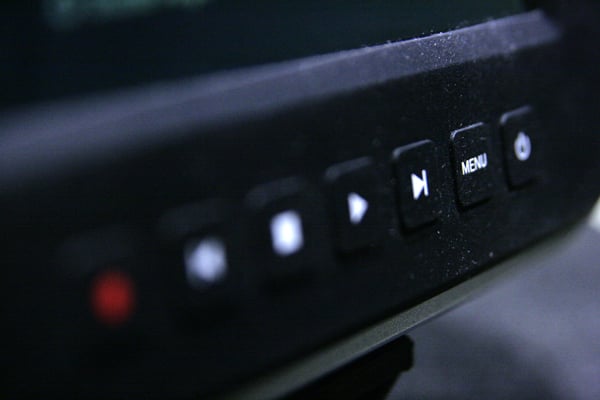 Anybody who's used the little 2.5K brother of this camera will immediately be at home, because the ergonomics, user interface and general behaviour are so close to the earlier model that there's not much to talk about. The menus, in distinctive and friendly grey-and-orange Blackmagic style, have spawned an option to select either 6Gbps quad HD output, or 3Gbps HD. One caveat of the inbuilt TFT display is that it's very difficult to use in bright light – even a bright overcast – and most owners will want an EVF with an eyepiece, or will end up under a black drop cloth like a Victorian photographer. There are a couple of frames of delay on the SDI output and therefore it'll be important to find an EVF with minimum internal delay of its own. The downscale on the HD output is of reasonable quality and I can also imagine circumstances where one might choose to record raw on the camera, and something else on an external recorder. This might enable an online-offline workflow, although the camera doesn't seem to output timecode over SDI in a way that an Atomos Samurai Blade was able to recognise and some other solution would therefore be required.

The physical layout is, again, more or less indistinguishable from the old model. The chassis seems designed to imitate a DSLR and fits neatly enough into the hand, although the sheer mass of the camera's sturdy metal chassis (nearly six pounds with a Sigma 24-105 f4 zoom) makes this a short-term approach at best. As is widely recognised on the 2.5K version, any serious application will need to be part of a larger rig to offset forearm fatigue and make battery life more reasonable, among other things. The same transport controls (with a nice tactile click beneath the  rubbery fascia) operate the same functions, and the display touchpanel is clearly a capacitive type, with excellent responsiveness, including potentially tricky operations such as dragging audio level controls. 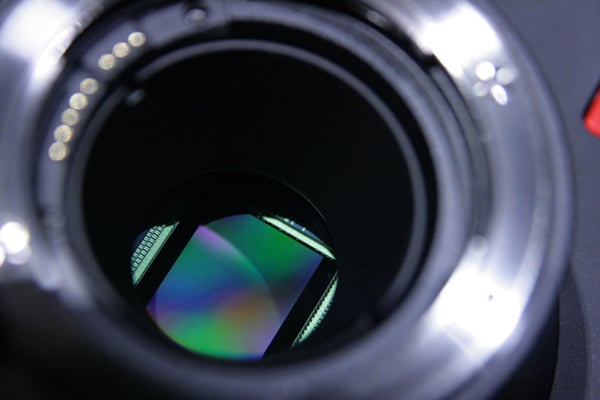 Audio is unfortunately the first place we need refer to my notes about this being a very economically priced camera. Nobody expects the built-in microphone to be much use, but while I didn't have time to do objective lab tests, the mic preamps on the jack inputs are audibly far from the best ever made and any serious user will need to budget for better. There's no phantom power – which is  forgivable at this price point – but there's also no audio metering of any kind, which is less forgivable, especially as this has also been the case on each of the predecessor cameras to this product. While we're on the subject of things that aren't there, there is also no indication of the remaining disk space. This has also been the case on previous Blackmagic products (the cinema and pocket cameras as well as the Hyperdeck Shuttle recorder) so I don't think anyone should buy into this camera on the assumption that these features will soon appear. The battery-remaining indicator went from 75% to 10% and back to 75% in the space of 15 seconds at one point, which is hardly something to rely on; happily, most applications will use external power and treat the internal as a hotswap adaptor. Power consumption is 1.7 amps at 12V (20W) when charging the battery, and about 2.1 amps (24W) when active, which is downright frugal for a 4K camera. 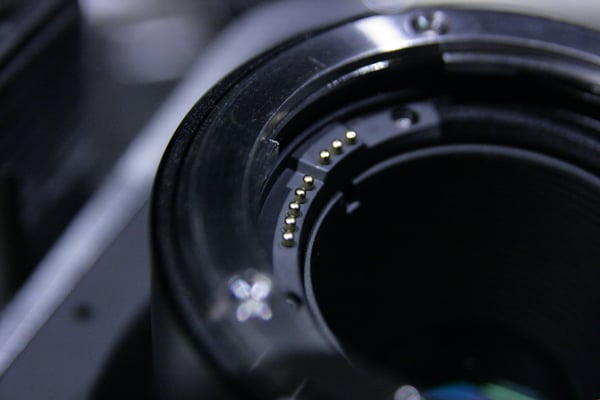 Like its smaller cousins, the Production Camera has no option to format disks in camera, although that's an option I would see as dangerous in most sensible workflows anyway. The camera supports both HFS+ and exFAT, and the choice is between a more modern and reliable journaled filesystem or the universal compatibility of exFAT. Anyone wishing to record 4K raw will need to invest in speedy storage – perhaps Intel's recently announced “enthusiast grade” 730 series which are individually tweaked for uprated speed capability at the factory. The camera will accommodate either 9.5mm or 7mm thick SSDs, although 7mm types will flop around noisily inside the SSD bay, potentially stressing the SATA connector, unless the plastic spacer supplied with many low profile SSDs is used. Playback is straightforward, including downsampled playback via 3Gbps SDI of 4K clips, although the camera will only play back files recorded at the frame rate to which the camera is currently set. Since there is no list of files, just a “next” and “previous” button, this can lead to the stomach-churning suspicion that the SSD is for some reason suddenly empty; panic not, just select an appropriate frame rate and try again. It's worth noting that the display strip at the bottom of the image always displays the current camera settings, not the settings at which the currently-visible clip was shot. 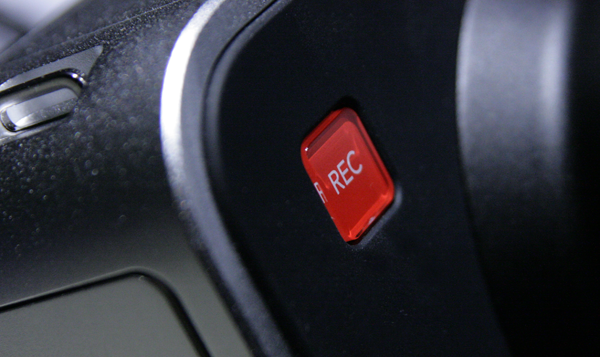 Pictures, then. It is, of course, very sharp, and potential owners will need to be careful that lenses they intend to use with this (or any other 4K) camera aren't going to let the side down. The difference between the supplied Sigma 24-105 f4 zoom and a less costly Tamron 28-300 f3.5-6.3 was visible all the way down to f8 in a way that isn't so obvious on 1080p cameras. This is especially true for people upgrading from things like the Canon EOS 5D Mk. II, which were never capable of filling even a 1920x1080 image with accurate information; lenses that looked fine there may embarrass a 4K production. 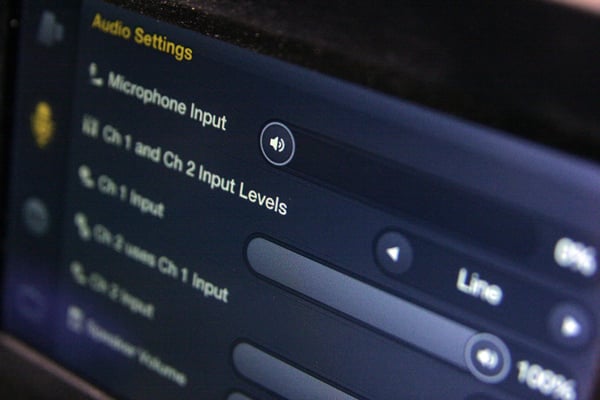 So far, so predictable; the hunger for resolution of modern sensors, even in DSLR stills work with APS-C chips of ten-plus megapixels, is well known. The flipside of cramming all those pixels onto a super35 sensor, especially with the extra circuitry for global shuttering, is that each pixel is necessarily smaller and therefore less sensitive, or more noisy, which is nearly the same thing. That effect is certainly visible in comparison to the 2.5K camera, even given that camera's smaller sensor. The native sensitivity is at best ISO 400, perhaps even then best overexposed half a stop, with the 800 option suitable for emergencies only. The hike in noisefloor almost directly implies a reduction in dynamic range, too, although a quickly improvised dynamic range chart indicated at least twelve stops. The sensor performance, more than anything, is the major sign of economy on this camera, but anyone willing to do the mathematics will realise that while it might be a quarter the speed of an F65, it's also about a thirtieth the cost, and that's more than fair. 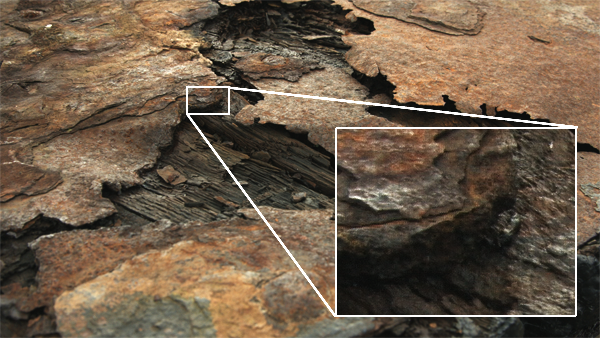 Luminance in “video” mode has every appearance of being a standard Rec. 709 encoding, and fills the waveform monitor correctly with a probably-acceptable overshoot of super-whites. In “film” mode, the live output appears to be considerably reduced in dynamic range as one would expect; however, with very extreme overexposure, it is still possible to clip the graph and drive the image sensor into the same solarised peak whites as the 2.5K camera under similar circumstances (though this is an edge case and easy to fix in post). Experiments with closing the iris one stop at a time confirm that the encoding is approximately logarithmic. Presumably, LUTs for monitors could be designed in Resolve and output to something like the company's HDlink, which is certainly accurate enough for casual, on-set viewing. 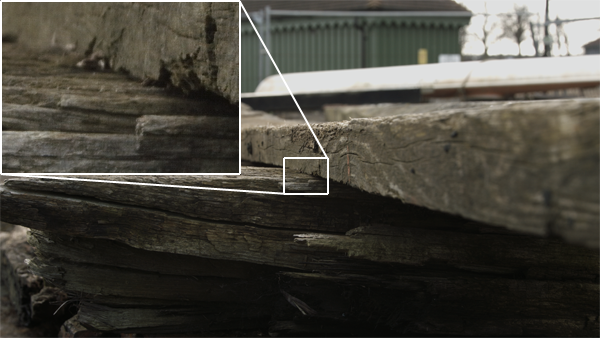 No raw option yet

It's impossible to be certain about the quality of the internal dåebayer until the raw option appears, at which point we'll hopefully have the option to compare it with alternatives. Recovering RGB images from a quad-HD Bayer sensor is not trivial in terms of computational horsepower, and one of the advantages of raw shooting – apart from the lack of compression and the usually-improved dynamic range – is the option to throw the comparatively huge power of a desktop workstation at the problem. 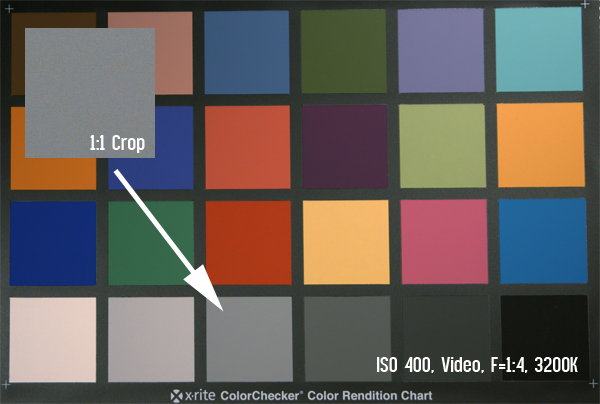 So, with a caveat about the missing audio metering and disk space monitoring, I'd call this a very reasonable way of getting into 4K for a rock-bottom price. The real usefulness of it depends on your reason for getting into 4K in the first place. If you have clients who demand it but aren't willing to fund the high-end options, this is clearly interesting. If your interest is more in increasing the quality of your HD productions by mastering at 4K, then you may need to evaluate whether the noise and dynamic range tradeoff works for you, because the original cinema camera was very solid in this regard if you can stand the rolling shutter. I think that almost any use will require some bolt-on extras, right up to a full shoulder rig for extended handheld work. 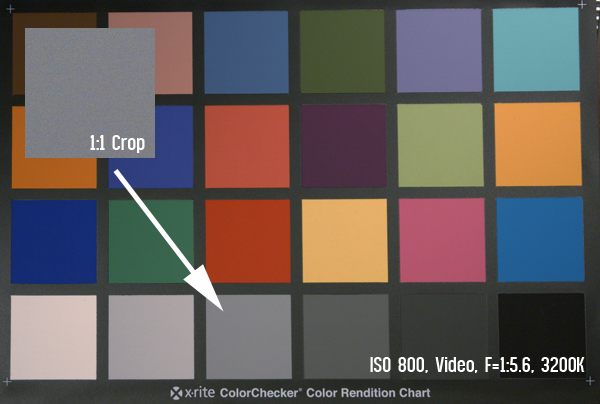 The killer feature is the global shutter, especially in comparison to DSLRs, which tend to have rather slow rolling shutters, and even the predecessor 2.5K Cinema Camera, which wasn't great in that regard. Global shutter is becoming increasingly rare at any level (Alexa lacks it, for instance) and as I wrote recently, I would hope that improved sensor tech will mean that in a few years we'll be looking back on the days of rolling shutter with a grimace and see this as the beginning of a new breed.