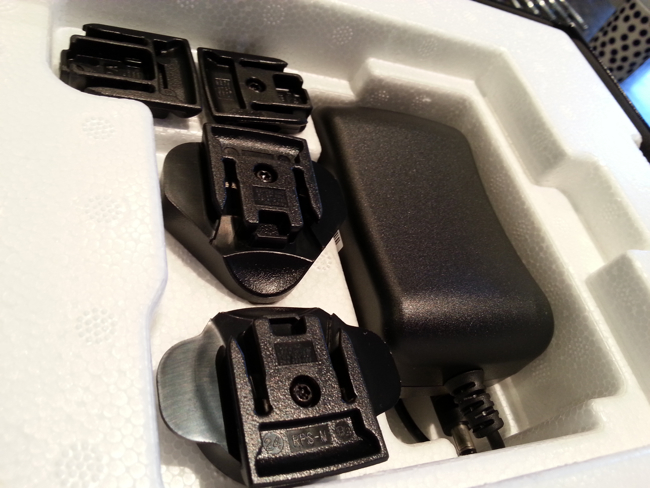 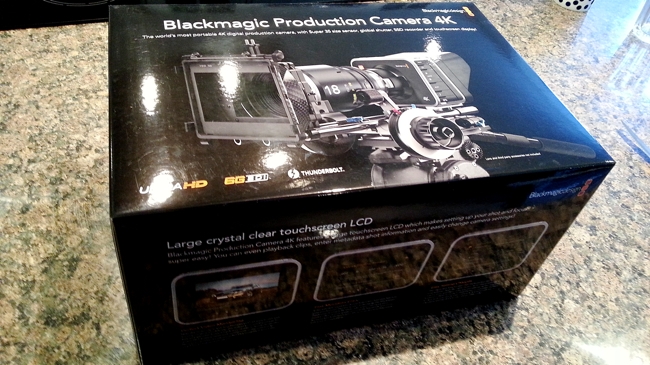 It's arrived! Around breakfast time this morning, our Blackmagic Production Camera loan unit landed on my kitchen table. Nicely packaged by Blackmagic, as ever, here's what's in the box

The Blackmagic Production Camera is a 4K device that records to visually lossless compressed Cinema DNG raw and ProRes. Last week, in a surprise move, Blackmagic reduced their original price from $3,995 to $2,995, making this an amazingly low-cost way to start shooting in 4K.

Unboxing is an ultimately rather pointless internet meme, but, nevertheless, it's pretty exciting! We took some pictures of the camera and packaging with a rather unsuitable smartphone camera! 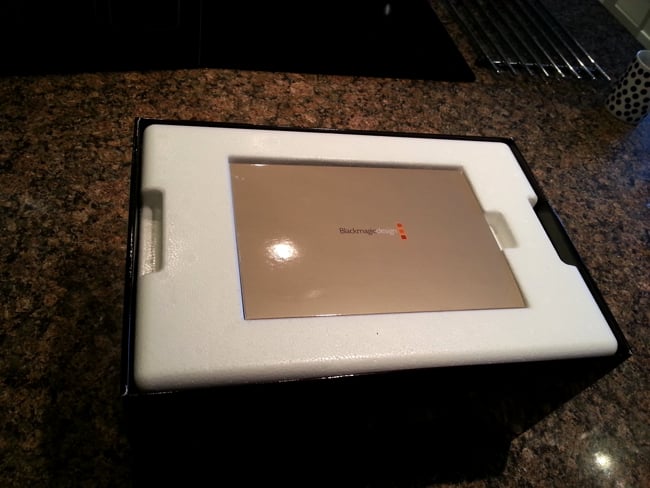 In some ways, there's a sense of deja vu with this new camera. It's the same shape and size as the original Cinema Camera, and while that was quite shockingly different when we first saw it, this one seems completely familiar. The layout is exactly the same, with minimal controls and the majority of functions accessible through the dominating LCD screen on the back of the camera. All the I/O and the power is hidden under flaps on the left hand side of the camera. 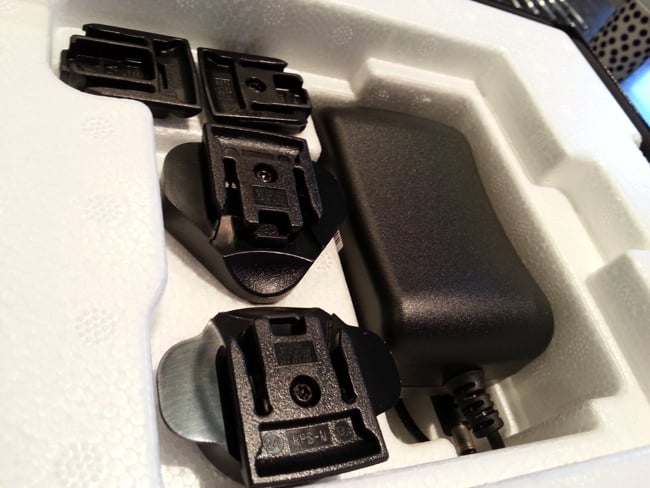 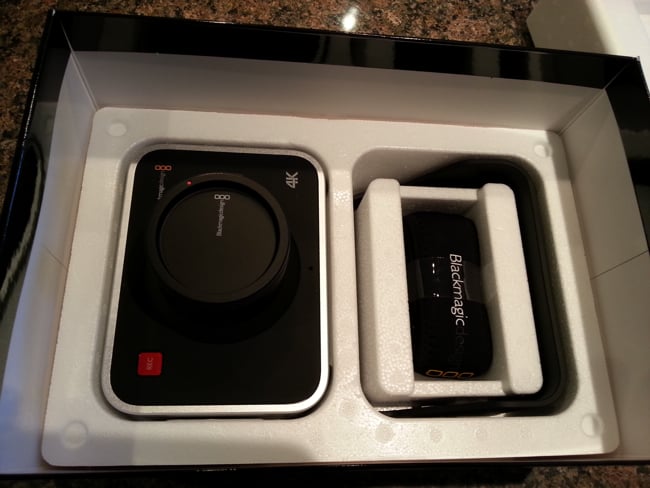 Don't be misled by the bottom-end price into thinking the Production Camera is going to be flimsy. It's actually quite noticeably heavy - or should we say "solid". I think this is a good thing as it will aid stability and will act as a constant reminder that you have to treat this thing with respect: if it were lighter, you might be more tempted to throw it around. 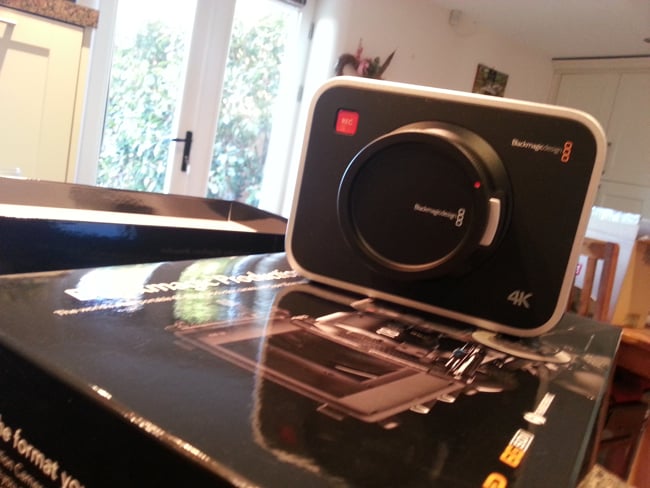 Whether you like the design and form factor or not, there's never any doubt that a lot of thought went into this product from the drawing board to manufacturing. And the packaging is fantastic: you get the same sense of satisfaction unpacking this camera as you do unwrapping a Macbook Air. 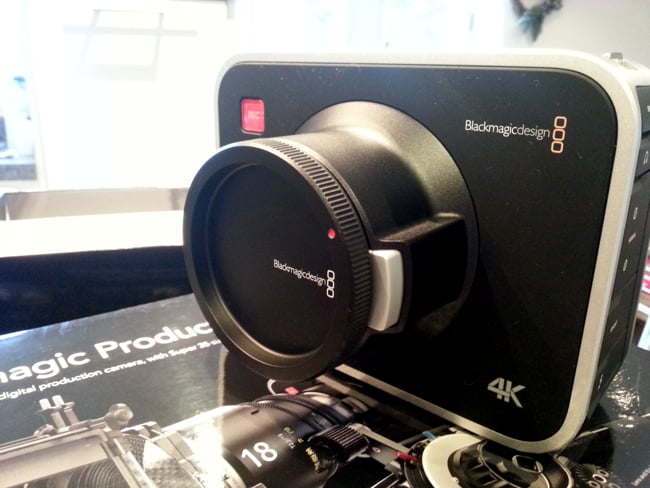 There was enough battery left in the camera to power it for approximately a fifth of a second, so we didn't get a chance to show you the screen powered up. Over the next few days, in addition to me, no less than three other RedShark reporters will be testing this camera. 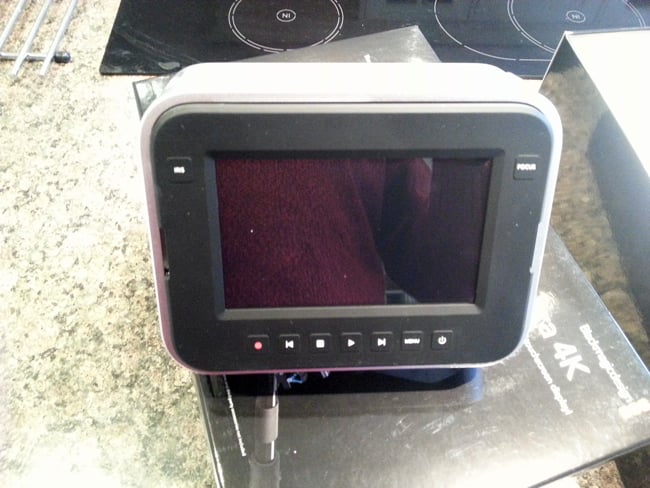 We don't think we'll ever get tired of glorious new 4K cameras arriving in the post in the morning!