Canon EOS 1DC: Is this the "perfect" camera? 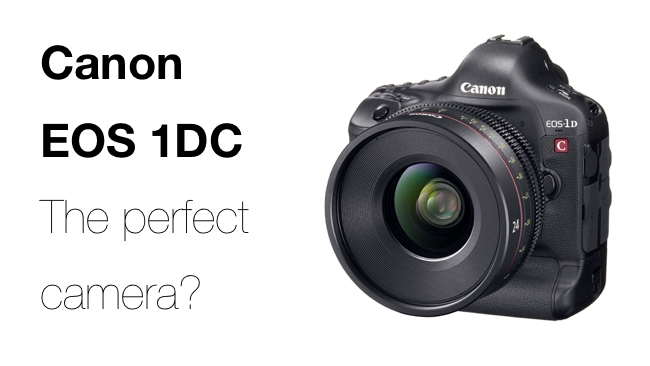 Canon's 1DC camera is an unusual beast, but it may be the most significant camera for an important sector of the image-making community

To anyone outside the company, the reasoning behind Canon's product line can seem to be logical at times, and, obtuse at others.

From certain angles, the taxonomy (ie the relationship between the products) is clear. For example, the shorter the product name, generally, the more upmarket the product is, taken to its extremes with the "1" series, which is at the very top end.

It's also not difficult to understand that there is now a separate cinema series, the EOS Cinema C100, C300 and the 4K C500.

But then, of course, there are the DSLRs, which, when you look at the numbers, are probably used as much as dedicated video cameras these days.

As far as 4K is concerned, the C500 does a great job - but then there's the completely unique 1DC which is a DSLR that captures video at 4K.

Anyone see a pattern here? Thought not. 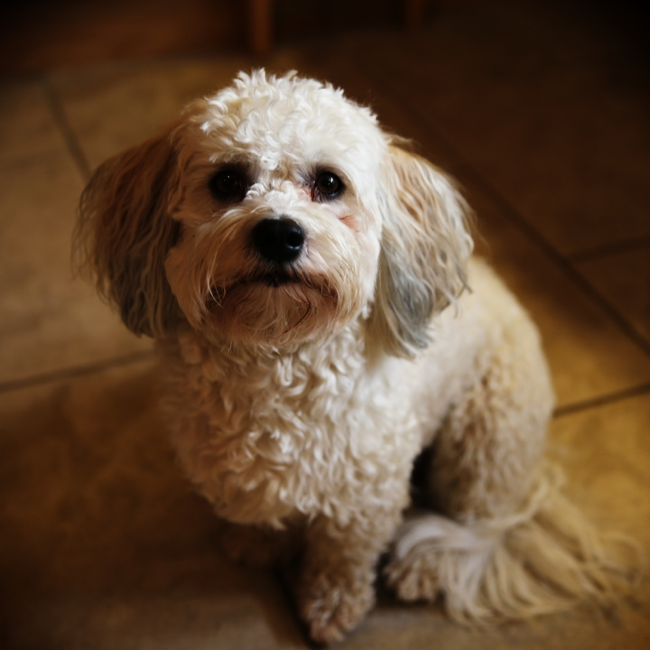 Such an important camera

I've been using the Canon EOS 1DC for the last few weeks and I wanted to explain why I think this is such an important camera.

First of all, let's look at what exactly this camera is.

The Canon 1D series has a long history of being at the top end of Canon's still camera range. It's always been expensive compared to their other cameras and you only have to pick one up to see why. It's heavy. Not only does it have a dual horizontal/vertical aspect, with a second, perpendicular hand grip at the bottom of the camera, but many of the controls are duplicated as well for ease of use in portrait mode.

The extra grip also provides space for the large battery, giving the device the sort of extended power provision that is essential if you're working in the field, away from mains electricity.

And then there's the fact that it feels like it is hewn out of a single chunk of metal. It isn't - it's much more complex than that - but it does give you the reassuring feeling that this is a device that's going to last and last, even if it's used all day, every day.

Consistent with this impression is the reassuringly positive and fast action when you lightly press the button to take a picture. It happens almost instantly, accompanied by the sort of clunk that you get when you close the door on a very expensive German car.

Whichever way you look at it, this is a top end camera that's begging to be used hard.

And that's before you see the pictures.

Specification-wise, there are cameras with more pixels, for less money, that weigh less. And some of them are very good. But what comes out of this camera, with the right lens, is simply superlative. And that's not just pictures that you take in an ideally-lit studio; it's everyday shots that you snatch opportunistically as well. Quite simply, this is the sort of camera that can quite often turn the mundane into magnificent.

There's absolutely nothing new about a DSLR that can capture video. All of the arguments about whether you should be taking video with a DSLR still apply with the 1DC. It's probably not the best form factor for shooting video. It doesn't have a global shutter. You can't autofocus - in fact, you can't really focus-pull. But despite that, at HD resolutions, the optics and the sensor do a great job.

What makes the 1DC different - in fact unique - is that it's the first DSLR that can capture 4K video.

Now, quite obviously, if you're the first, you don't have any standards to comply with. Canon had carte blanche to do whatever they wanted with this camera, and they made some interesting - some would say controversial - decisions.

The biggest of which is probably that they chose MJPEG as the compression format for 4K.

This is not the newest codec for storing video. It's certainly not the most efficient, but there are clear and completely justified reasons for Canon choosing this in my view.

First of all, it does a very good job. Look as hard as you like and you'll struggle to see artefacts. The bitrate at 4K is pretty phenomenal - about 3.6GB per minute. You're going to need a lot of storage. 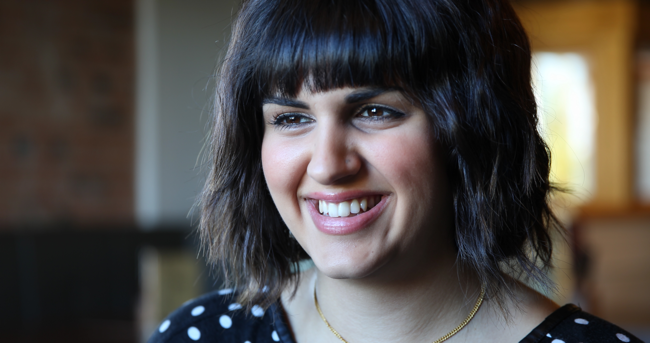 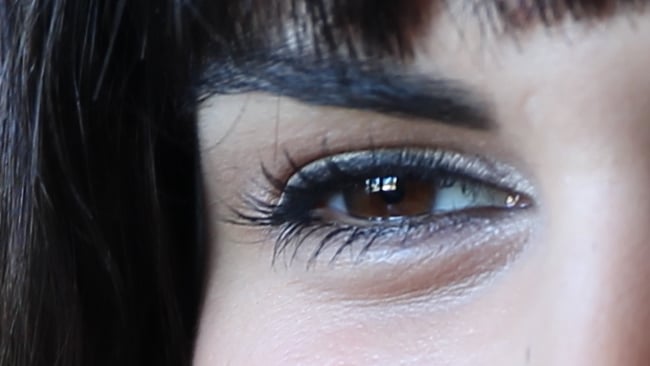 But what this gives you is essentially a string of individually encoded frames. There's no interframe compression to worry about. Each individual frame is there in its own right, without any need to refer to adjacent frames. Most of the time, this is a big advantage.

And because it's a well-known codec, you're able to play and manipulate your 4K footage in quite a few NLEs without any complaint. To grab individual frames I brought 4K footage into Premiere. I even clicked on a 4K MJPEG .MOV file and said "Open with Photoshop". This worked without hesitation: The latest Photoshop CC opened the clip - as a video - and I was able to step through the frames and export with ease.

So clear, so sharp

That you are able to do this is pretty important with this camera because the 4K footage is so clear, so sharp, that you can absolutely select individual frames and use them as stills.

Of course if you do this, you're not getting the ultimate quality from the camera because you're not using raw, and because your pictures will only be made from eight megapixels. But eight megapixels is more than enough to give you a good image, especially on a camera of this quality. Just the fact that you can select exactly the right frame from the thirty per second that you've shot gives you an unprecedented ability to capture exactly the right moment.

And sometimes this is the only thing that will give you a decent shot. I was taking some pictures of my daughter in a restaurant in the available light - a mixture of perpendicular window light, and incandescent light bulbs. What sounds like a bit of a nightmare was actually handled very well by the camera. The Auto White Balance got it exactly right, and the fact that the lens was opened right up gave a lovely out of focus background with a great looking bokeh.

But there was a problem. The depth of field was so shallow, that it was hard to get the focus right. More often than not, my daughter's nose was in focus but her eyes weren't. And because she was talking and gesticulating at the time, it was almost impossible to get a good shot.

So I put the camera into 4K movie mode. I just took about six seconds (I didn't have the biggest memory card with me at the time). It looked OK on the camera's LCD screen so I brought it home and opened it up in Photoshop.

What I saw was revealing.

About four-fifths of the clip was not properly focused. The depth of field was too shallow, and there was too much movement. It was still usable though - I think people are used to this type of DOF issue and because the subject was moving, it was excusable.

As I went through the short clip frame by frame, I came across some images that would simply have been missed if I had been shooting stills, unless I was extremely lucky. The control was so precise that I remember approaching a group of frames where the focus on my daughter's eyelashes was improving. I simply stepped forward to the frame where the focus was perfect, and exported that as my shot.

It's hard to explain how good it is to work like this. Cameras have been striving for this type of capability ever since the days when film-based SLRs had fast motor drives. But the 1DC is about five times faster than these ever were. The slight loss of ultimate resolution is in my view a small price to pay for the ability to get the right shot at the perfect time.

All of which illustrates another point: exactly how good the 4K from the 1DC is.

It also highlights another debate: the one about raw vs compressed video that's ready to use. 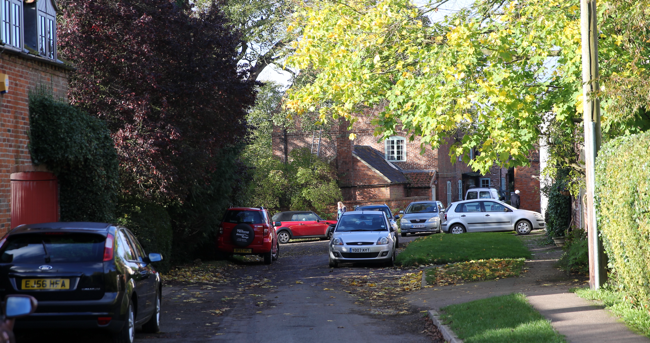 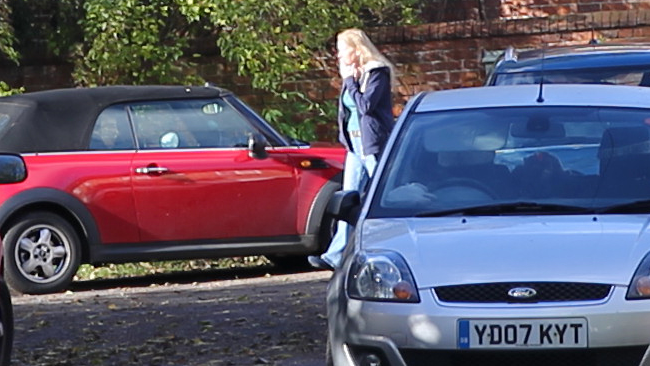 We'll be returning to this in other articles but for now what I would say is how great it was to shoot some clips and to know that they'd be usable straight out of the camera. In fact to call these "usable" is to understate it. The 4K video from the 1DC looks like a moving high resolution still picture. It really is that good.

How can this be? It's compressed, and it's only 8 bit. Surely that can't be compared with 12 bit raw uncompressed raw video?

No, it can't. It's not going to be as flexible as 12 bit raw uncompressed. You can't push it as far.

But don't forget that the 8 bit MJPEG compression in the 1DC is being fed with extremely high quality images in the first place. What this means is that despite the apparent disadvantages of the codec, to all intents and purposes, the images are extremely good. I've also read several reports that say you can actually push the images quite far in grading as well.

So, what you get with the 1DC is not just one camera, but essentially three of them.

You get a "conventional" still camera, and it's one of the best you can buy. You get a still camera that can take thirty eight megapixel images per second. Working like this is a complete revelation, and once you've tried it, you won't ever want to be without it.

Finally, in the same device, you have a wonderful 4K movie camera. Despite all the potential drawbacks compared to dedicated movie cameras, this is definitely something you would want to have. Here's why.

The DSLR video revolution has turned a huge number of professional still photographers into video makers. Most of them still concentrate on still images but with the 1DC, with the same sort of kit you've always carried with you (ie a professional, heavy, no-compromise DSLR) you can make cinema-quality films as well. The footage you can get with the 1DC wouldn't look out of place in a National Geographical wildlife documentary. In fact, if you're in any breaking news situation and you have one of these, it's not difficult to see whose footage the broadcasters are going to choose. To put this in perspective, the European Broadcast Union has designated the video from the 1DC as "Tier 1", which is their highest quality category, suitable for absolutely any broadcast use.

I strongly believe that the 1DC is the first of a new class of cameras that will become the staple kit that photographers worldwide will want to take with them. It's almost like magic: take a top-end still camera with you and with the press of a single button, the mirror jumps out of the way, and you can make top end 4K footage as well.

Is it expensive? Well, not if you're a professional. It costs about the same as a small car.  If I were a serious professional photography freelancer, I wouldn't hesitate to buy one with my own money.