Which is more important - the DOP or the Camera?

Classic Replay:  Why would someone specify a camera before they chose the cinematographer? DP David Read despairs... 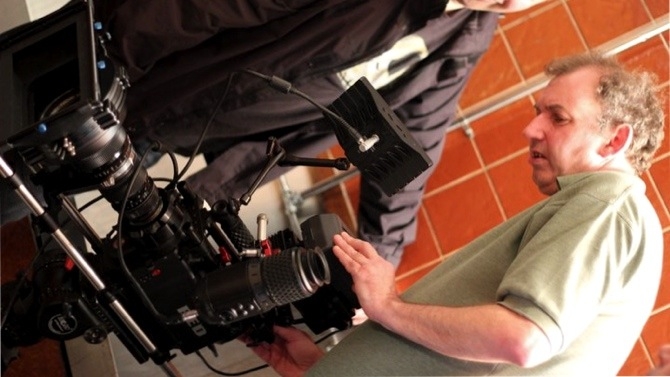 When I first started in this industry many years ago there was film and there was video and you were either in one camp or another.  I started in film and never touched a video camera for the first six or seven years of my career.  The film cameras we used were either Arri or Aaton in 16mm or Arri, Panavision or Mitchell in 35mm.  There were other makes but these were the main ones and nobody gave a damn which one you used so long as the DOP was happy.

Fast forward a decade or so and video was making gigantic leaps in image quality; Sony were releasing HDCam and there was the Viper.  In my view were still not 35mm quality; the Viper was the best but it was big and clunky, cost a fortune and really wasn’t a contender for mainstream movie making.  But the tide was turning and I started to notice a trend.  Producers who were interested in shooting video/digital started to ask for one camera over another.

Take it as RED

Move on a few more years and the RED camera hits the market place.  It offered top quality at a knock down price.  No wonder independent producers were interested and it became their camera of choice.

Then things get crazy; HDSLR cameras enter the movie-making arena, RED release the Epic and Scarlet, Arri are on the scene with the Alexa.  Independent film makers now have a good choice of cameras.  Fantastic: at last the independent producer can put the cinematographer first, as it really should always have been, and leave the choice of camera to him or her surely?

Let me give you a recent example.  A producer got in touch after seeing my details and liking my photography.  She arranged a meeting, which was a 170 mile round drive for me.  The meeting took place between Christmas and New Year and went something like this:

Producer:  Hi David thanks for taking time out for this.  I really like your work.
Me:  No problem, let’s talk about the production.
Producer:  You have the RED camera – is it the latest one?
Me:  Well it’s a couple of years old but is having the old sensor replaced with the new MX sensor so it’s fully up to date.
Producer:   No I think there’s another RED camera.
Me:  Do you mean the Epic or the Scarlet?
Producer:  Yes the Epic.
Me:  Well the MX sensor I’m putting in my RED is the same as the sensor in the Epic so it will give the same quality.
Producer:  What about the Arri Alexa?
Me:  Fine camera but three times the cost of the RED and really it’s not going to make much difference in quality to the Red.  Either camera will produce stunning results.  It’s really down to how good the DOP is.

The quest for beauty

By now I was getting the drift that she was more interested in the camera than the quality of the photography.  All she kept saying was; “l want it to look beautiful” – like I want it to look crap?   No matter how much I explained the look is more to do with the lighting, which is about the skill of the cinematographer, than the camera body you use it didn’t seem to get through.

So you’re thinking this must have been a major budget project – you’d be thinking wrong.  The budget was around £150,000 with a four weeks shooting schedule.  I could have supplied my RED with me as a DOP/Operator, all the camera kit needed + lights and dolly for slightly more than the hire of the Alexa body only.

Okay, so I’m back at home a few days later and the producer puts the following add on a couple of film/TV employment websites:

All I could do was laugh because I haven’t enough hair left to pull out.  I have no problem with her wanting a different DOP but a) It would have been common courtesy to let me know she had decided I wasn’t the right choice, and b) - why state which camera? Surely you should get an outstanding DOP first and let he/she determine which camera is most suitable.

I don’t know about you but I’d rather have Roger Deakins (Chief Cinematographer on Skyfall) photograph my movie with an old DVcam than some incompetent with the latest state of the art camera.  It’s skill, not equipment, that counts.