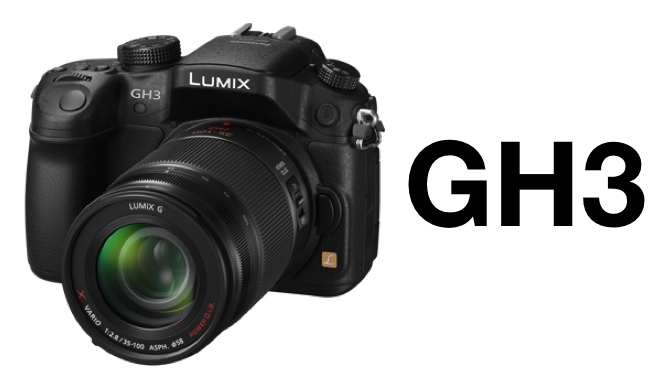 It's been rumoured for a long time, and we've covered its illustrious Micro Four Thirds format predecessor here. But now it's not a rumour any more.

For anyone unfamiliar with the GH2 phenomenon, this might seem to be a fairly minor announcement. But it's not, and the reason is that the GH2 gave dedicated video cameras a pretty hard time, because it produced such great moving images, for such an affordable camera.

It certainly wasn't ideal, though. The available bitrates didn't do justice to the quality of the optics and the sensor, and there was a strange non-standard cadence present in the HDMI output that effectively stopped the use of external field recorders. (We don't have any information yet on the availability of a clean HDMI output from the new camera, nor whether it records in 4:2:2 or 4:2:0.) The GH2 was, though, a hacker's delight - and popular forums like DVXUser sagged under the weight of posts about how to modify the little camera to give even better pictures.

It's two years now since the GH2 was launched, and Panasonic has obviously taken note of the mass movement that they have created. Politically and commercially, it was never quite clear whether they would dumb-down the video capabilities of the GH2's successor to avoid competition with their camcorder products, or whether they'd encourage a very obvious demand for low cost cinematic capabilities in a small DSLR.

Well, now we know. And they haven't held back. With a maximum bitrate of 72Mbps, and full 1080 50p at 28 Mbps, there will be less need to hack this camera - although we confidently expect to see the first attempts at unauthorised modifications shortly after the GH3 becomes available near Christmas 2012.

With increased low-light performance and significantly more processing power, curtesy of its Venus Processing Engine, the new GH3 is much bigger than its predecessor - as is the price, at around $2,000, which brings it almost Canon EOS 6D territory (although the 6D doesn't include a lens at this price).

We will review the new GH3 as soon as we can get our hands on one!