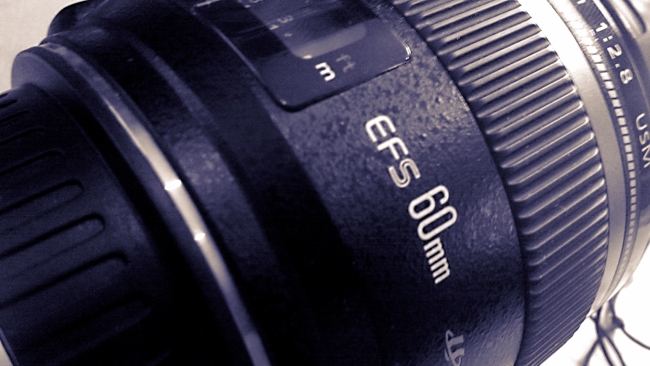 Every so often, I find myself in a conversation about lenses in which one of the people involved will insist on discussing focal lengths in terms of a “crop factor”. This, for those who haven't encountered it, is the practice of considering the focal length of a lens on a given camera system in terms of the focal length which would be required to produce the same field of view on a full-frame 35mm stills camera. I think given the impenetrability of that definition, readers will already begin to understand what the problem is, but for now, bear with me, read it again until it makes sense, and then let's move on.

People who do this are often DSLR users, perhaps people who's come to movie-making from a background in still photography, and who are likely to be used to the behaviour of lenses whose image is being projected on a sensor the size of a 35mm stills frame (or a vistavision movie frame, if you like).

To some extent, I understand this; it's nice to work with familiar things. On the other hand, it's never made much sense to me personally, on the basis that I come from conventional video camerawork where a lens isn't really thought of as wide until it's in the low single-digits of millimetres. Equally, people with a background in 35mm film production will be used to thinking of 50mm as a fairly standard piece of glass, and will be impressed with anything as short as 8 or 10mm that's rectilinear as opposed to fish-eye. Which lenses have which effects is a matter of experience, and calling a Canon 550D a “1.6 Crop Factor” camera is only useful if one's experience happens to be on full-frame 35mm cameras.

Since pulling focus on full-frame 35mm cameras for motion picture work is extremely difficult, this is a pretty rare occurrence; but even so, the entire system still seems arbitrary and unreliable. After all, I know that an APS-sized sensor is smaller than a full-frame one, and I've spent a lot of time looking at the world through lenses, but I'm not sure I'd be able to predict what, say, a 50mm lens on a 1.6x camera would look like on the basis that I can do some mental arithmetic and work out that it'd look the same as an 80mm lens on a full frame camera. It's just too convoluted, even if you are a stills person with extensive experience on full frame cameras.

So please, let's put all this crop-factor stuff to one side, and simply learn our equipment. A Canon 550D is a camera with an APS-C-sized sensor. A C500 has a Super35-sized sensor. The Blackmagic Cinema Camera has an unusual sensor that's 15.81 by 8.88mm, which is somewhere between 2/3” video and the micro four thirds sensor of something like a Panasonic GH3. We have to know these things anyway, in order to calculate depth of field, and each of them has a crop factor associated with it in any case. Is there really any reason to complicate things further by considering lenses in terms of how they would have behaved if they'd been on another camera?

Like many things that appear to make things easier in the short term, the crutch of crop factor quickly starts to cause more problems than it solves.