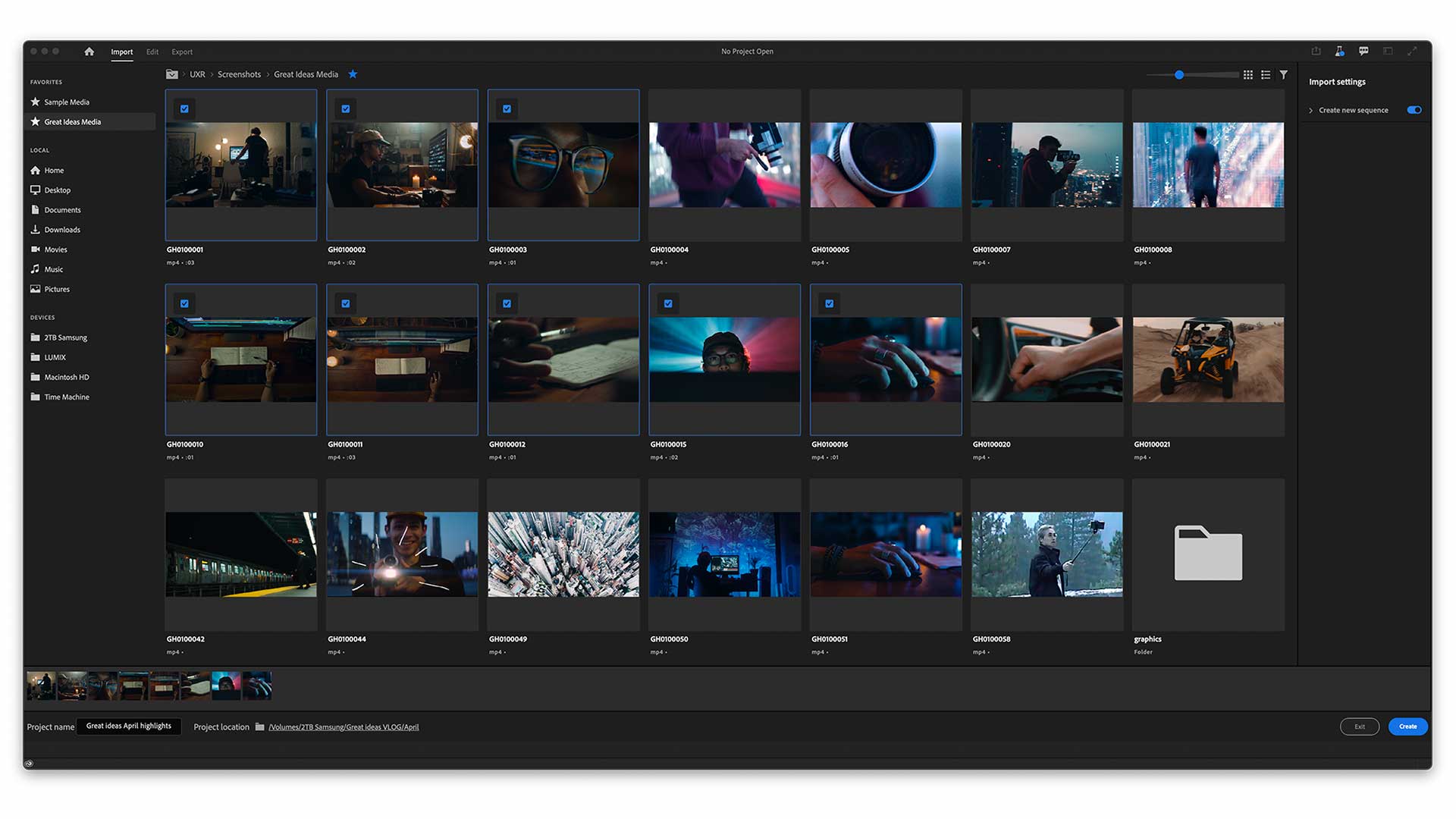 Adobe has unveiled a major new update and interface refresh to Premiere Pro, with the public beta available now.

Creating a new project and getting started with importing footage is faster and easier than ever. Exporting a final project has also been improved and streamlined. Let’s take a look at these new and improved changes.

This big update to Premiere Pro's import and export functions, plus header bar, reflects 30 years of growth since the NLE debuted in 1991. As Adobe noted, things have changed drastically since then, and they want to revolutionize the app so it's a much more streamlined approach to quickly creating a new project, importing, editing, and exporting a final piece.

One of the newest features is the revamped header bar, which features (moving left to right) Import, Edit, and Export; current project name; and editing workspaces.

Adobe wants editors to be able to get started with cutting as quickly as possible, and have improved and streamlined the Import mode. You'll be able to create a new project and select footage from multiple locations faster and more intuitively, with less of an emphasis on project settings. You can even create new projects in the Import mode, or add footage to an existing project. 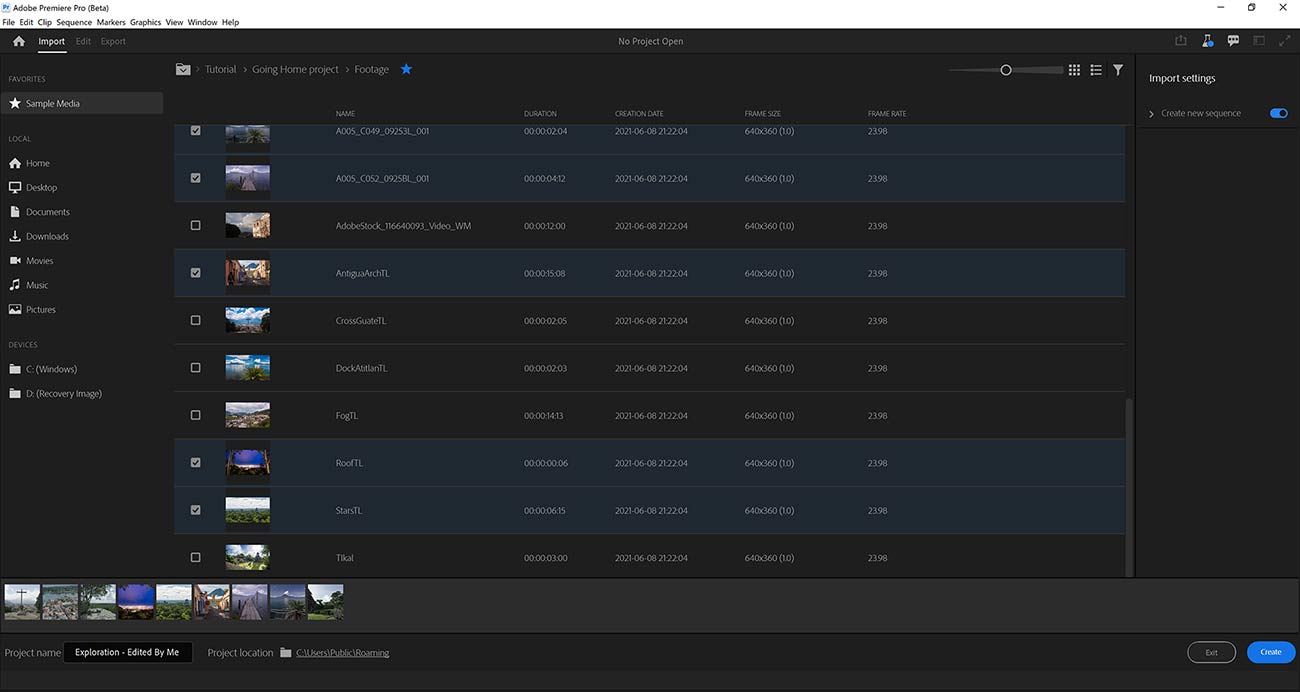 Open the new Premiere Pro Import window and quickly navigate to the media you want to use: Video, audio, and graphics. You can also review the clips by scrubbing through them. After you've selected your media assets, they are in the Selection Tray, and Premiere Pro will choose the best project settings — resolution and frame rate — based on your media (based on the first clip). You can change the project settings, plus the classic Import modes are still available.

You'll also be able to favorite media locations you frequently use, such as a RAID or an internal or external hard drive.

When your project is done, you don't want to have to waste time with various settings as you try and figure out what's best for the final destination, such as an export to YouTube or creating a ProRes file. Adobe has completely streamlined the Export workflow to be faster and much easier to use. 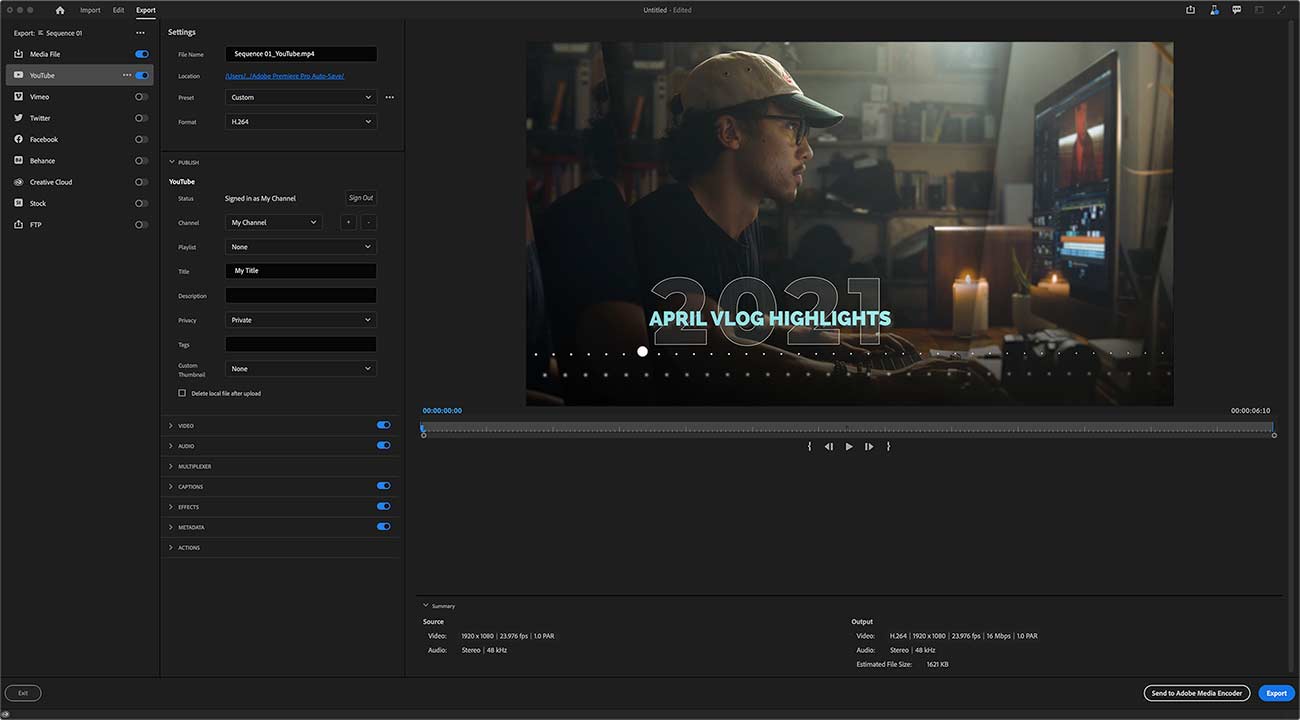 After selecting the sequence, the Export window features choosing your destination (local drive [Media File], YouTube, Facebook, etc.), and it will offer optimized settings as a default. You can also easily customize the output settings via a dropdown sub-menu. Then click Export.

You can also export to multiple destinations, including creating a final version on your drive (including the popular ProRes codec), one for each of the streaming platforms (Vimeo, YouTube), social media channels, and more.

The new Premiere Pro public beta is available now, and Adobe has said they will add more features and settings, plus improvements, based on editors' experiences.

This is just the beginning of Adobe "radically improving the end-to-end experience" of Premiere for both the current and next generation of content creators. Learn more about these changes.