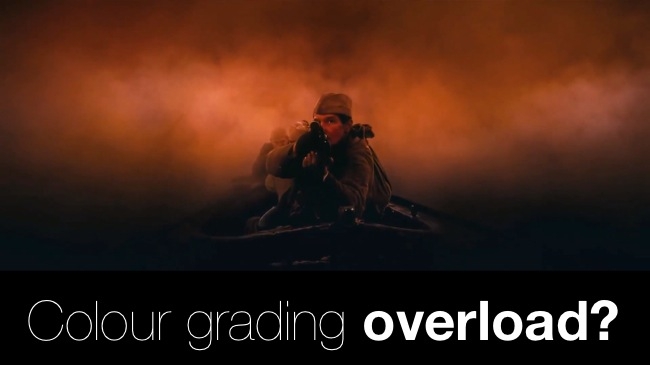 We love colour grading. The way you can transform mundane-looking footage and turn it into something rich and compelling is magical

Used cleverly, grading can be a powerful addition to the toolset and techniques already available to film makers. Who can forget the Bleach Bypass effect in Minority Report, or the rugged treatment given to 300?

But sometimes it can seem excessive. Sometimes it just doesn't look right.

It's controversial as well. Not everyone agrees on the whether the look of a film is right. That's not really surprising because no two individuals would grade a film exactly the same, and you could probably always argue that two completely different treatments could be valid but just different in themselves.

Here's a trailer for the film Stalingrad. It looks heavily graded. The question is: is it excessively colour-corrected? It certainly has a distinct look, and the subject matter undoubtedly calls for a stern, austere appearance.

But has it sucked all the life out of the film? Has it been pushed just a little too far? Would it have been better if the colourist had backed off a little?

There are no real answers to these questions. There are only opinions.

Watch the trailer below (and it is only a trailer - it's not fair to judge the film on the basis of this alone) and then look at this recent article by Phil Rhodes about Production Design.