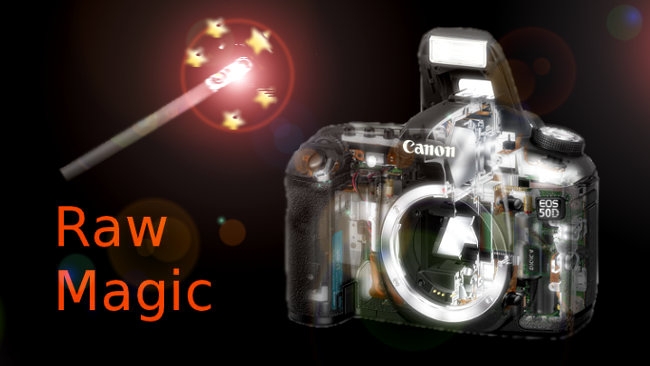 Want to try getting raw video from your Canon? It's complicated. But help is at hand...

The Magic Lantern raw feature for Canon EOS cameras is a very exciting development but it’s obviously still early days for it. None the less many people are too excited by the possibilities to wait, which has been a bit of a problem for those with less leanings towards the arcane procedures needed to get everything working.

Many Mac users were especially freaked out trying to get the raw2dng command line utility that extracts the dng files to work. I’m sure they were thinking “I didn’t buy a Mac to be faced with this kind of thing!”.

Well a fellow called Thomas Worth has come to their rescue with a utility called RAWMagic. 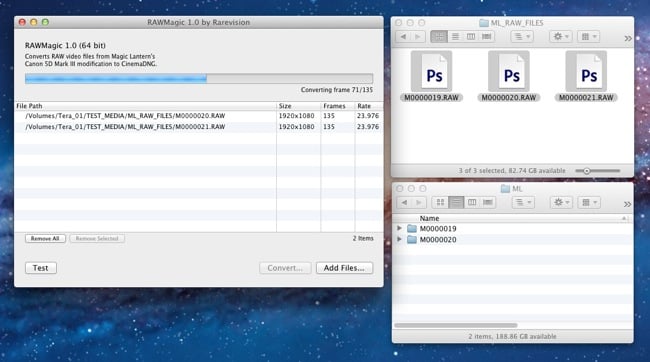 Import directly into Resolve and After Effects

RAWMagic takes the .raw files created by the camera and converts them straight into Cinema DNG files which you can then import directly into Resolve and After Effects and it does so using a nice easy to use graphical user interface. This not only sidesteps having to deal with command line tools but also makes it easy to go straight to resolve instead of trying to find a way to get the DNG files generated by raw2dng converted to Cinema DNG files that are compatible with Resolve. RAWMagic can be downloaded from the thread [here].

Help on Windows too

Of course RAWMAgic is Mac-only but a utility has also surfaced to help make things a bit easier for windows users too. EyeFrame Converter is a utility that was originally created by the Lightworks community with the aim of getting lots of formats into Lightworks but now it can be used as a converter for Magic Lantern RAW files too. It can convert to dng, tiff and ex. Prores, DNxHD, MPEG2 I Frame HD and MJPEG. It doesn’t appear that it can go straight to Cinema DNG like RAWMagic can tho, but it does provide a graphical front end to do the conversions.

It can be found here:

It would appear that not only is the Magic Lantern raw feature reaching higher resolution and becoming more reliable but that the workflow is becoming a lot more straightforward too.

The most beautiful video from the Canon Raw Hack yet