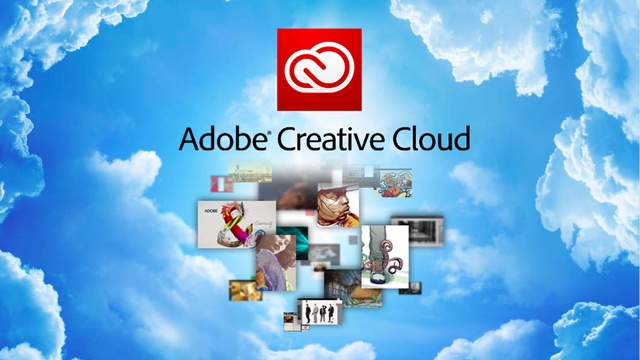 Creative Cloud gets an update

Adobe have just released an update for their Creative Cloud subscribers which updates most of the applications to the "CC" version. At the same time Blackmagic have updated the drivers for their Video I/O devices to support the new Adobe apps.

Although there has been some controversy over Adobes decision to switch to a subscriber model with their "Creative Cloud" offering there was not that much difference between the boxed versions and the Creative Cloud versions, until now.

This update takes the applications in Creative Cloud to the next version and separates them from versions previously available in CS6.

These are the updated applications from the press release:

• Photoshop CC ships with new sharpening technologies and designer workflow enhancements.Camera Shake Reduction deblurs images that would have otherwise been lost due to camera movement. All-new Smart Sharpen makes texture and detail pop, and Adobe Camera Raw 8 adds even more powerful photographic controls to straighten and perfect images. Photoshop CC and Illustrator CC are the first Adobe desktop applications to include the ability to post files directly to Behance, showcasing work immediately and integrating peer feedback into the creative process.
• For designers, the Touch Type tool in Illustrator CC offers a new level of creativity with type. Move, scale, and rotate text characters knowing that it remains editable. This feature works with a mouse, stylus or multi-touch device. Illustrator also enables painting with a brush made from a photo. Art, Pattern, and Scatter brushes can contain raster images, so designers can create complex organic designs quickly, with simple brush strokes. And Illustrator CC features integration with Behance, so work can be shared directly to Behance to get feedback and showcase projects. A new, modern architecture for InDesign CC turbocharges performance, and in-browser editing in Adobe Muse™ CC -- a tool for designers to create and publish HTML websites without writing code -- allows clients to make edits to a published website, which can then be reviewed, approved, and updated by the designer.
• For video customers Adobe Premiere Pro CC includes dramatic new editing features, customisations and improvements to help editors work efficiently. Premiere Pro CC integrates powerful colour workflows, with the addition of the Lumetri™ Deep Colour Engine to easily apply rich colour grading looks. A high-impact version of Adobe After Effects® CC brings motion graphics and visual effects artists more creative possibilities and allows them to work more easily in 3D with the new Live 3D Pipeline with Maxon Cinema4D integration. There are also all-new versions of Adobe SpeedGrade CC, Audition® CC, Prelude™ CC and Adobe Story CC Plus.
• Web designers and developers can look forward to significant advances in Adobe's family of Edge tools and services. The latest Edge Animate CC lets web designers create animated and interactive content with amazing ease and precision, using native HTML, CSS and JavaScript. Dreamweaver users can look forward to the most up-to-date CSS and properties via the intuitive visual editing tool, CSS Designer. And Adobe Flash® Pro CC features a modern, modular 64-bit architecture rebuilt from the ground up to be fast and reliable.

"We've added a ton of new innovation to all our CC desktop apps like Photoshop, Illustrator and InDesign. These apps include new features that increase productivity, streamline the effort to build mobile content and showcase some stunning new imaging and video science. And in addition to the traditional areas of innovation these apps are now connected to the powerful publishing and community features integral to the Creative Cloud experience," said David Wadhwani, senior vice president and general manager, Digital Media, Adobe."And with even more great updates coming to Creative Cloud throughout the year, we can't wait to see the incredible work our customers are going to deliver."

At the same time Blackmagic have updated their Desktop Video drivers to version 9.7.5, adding support for the new Creative Cloud apps across its desktop video products.

The Desktop Video 9.7.5 software update allows users to take advantage of many new features in the Adobe Creative Cloud desktop applications, such as powerful new editing timelines and shortcuts and audio mixing with Adobe Premiere Pro® CC and new creative and visual effects tools with Adobe After Effects® CC. Also included is support for Adobe Mercury Transmit that allows broadcast video monitoring to connect directly into the Adobe Mercury Playback engine which gives an incredible amount of real time effects with any video format or codec.

"It's very exciting to see Blackmagic Design's desktop video products working together with Adobe's Creative Cloud software and the incredible creative possibilities this opens up with the new editing and effects features. Our customers will be able to work with the cutting edge tools in fantastic new workflows," said Grant Petty, CEO, Blackmagic Design.

The new drivers are available to download now from Blackmagic's support pages and Creative Cloud subscribers can update their applications by running the Adobe Application Manager.