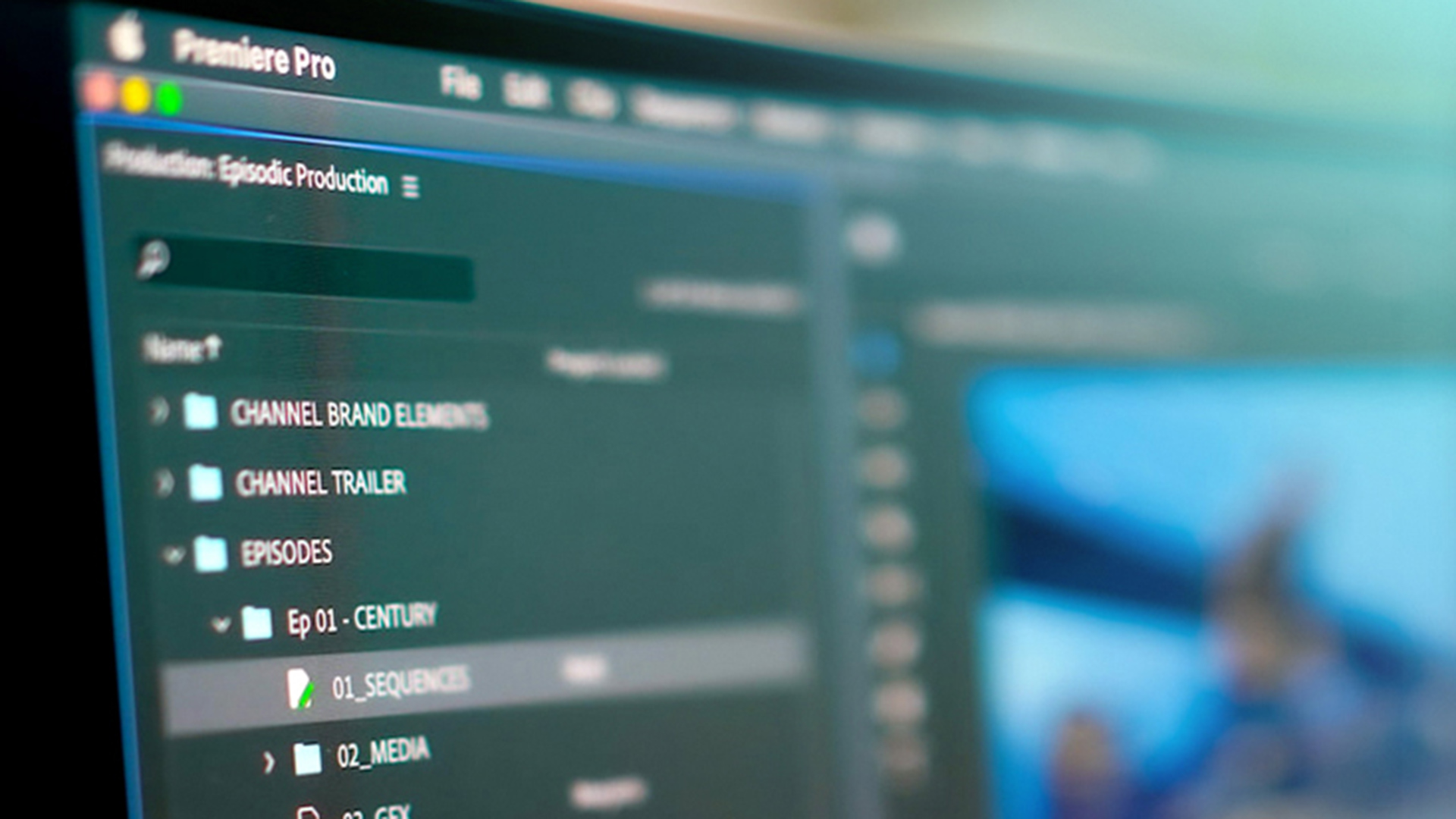 Productions In Premiere Pro is now live in today’s upate of Premiere Pro CC, available for immediate download through your Creative Cloud subscription.

In this age of collaboration between multiple editors, colorists, VFX specialists and just larger collections of footage in general, Productions provides a new model for collaboration and efficiency. And all of this while securely controlling all media.

A bit of background. Premiere Pro originally only permitted a single project to be open at one time. That no doubt hindered more widespread adoption at a time when, dare we say the word, Final Cut Pro already allowed simultaneous opening of multiple projects.

However, Adobe quickly caught up and multi-project edits entered the picture. Production leverages this multi-project capability with the ability to organizer and cross reference assets across projects. It achieves this without adding creating project bloating inasmuch as copies are referenced to the original master clip rather than copied. 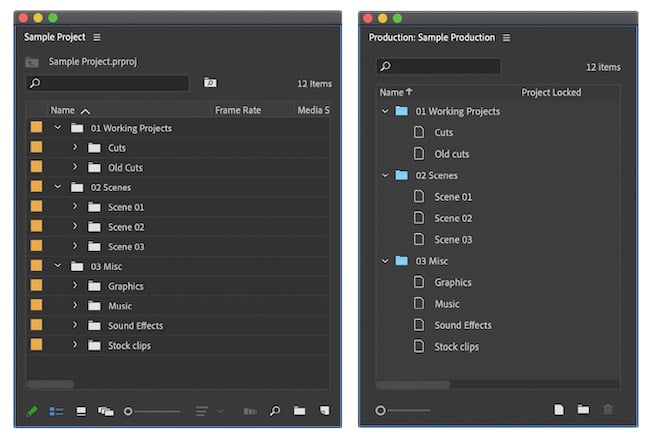 Left: A standard Premiere Pro Project, where all the assets, bins and sequences live in one large project. Right: A Premiere Pro Production, where multiple project files live together. Image: Adobe

As a collaboration tool, Productions In Premiere Pro keeps track of multiple editors through granting read only or read-write permissions and indicating in the Productions Panel who is actively accessing a given set of assets.

Productions gives lots of flexibility in organization of assets and can be customized by the creation of folders within the Panel. In scripted episodic TV, for example, this could be the typical organization by act. In the case of documentaries, the doc maker can easily control asset categories.

Productions is designed around multiple users on shared storage but it can equally work with local storage. Adobe’s example here is once again the documentary with significant amounts of media.

Since it is a feature/Panel within Premiere Pro, full interoperability with After Effects is a given.

And one more gift from Adobe today. Starting today April 14 through August 17, all Creative Cloud individual plan users can have free access to Adobe Team Projects. In this time of remote editing and isolation, Adobe now allows all users temporary access to this enterprise product allowing multiple location collaboration and project sharing.