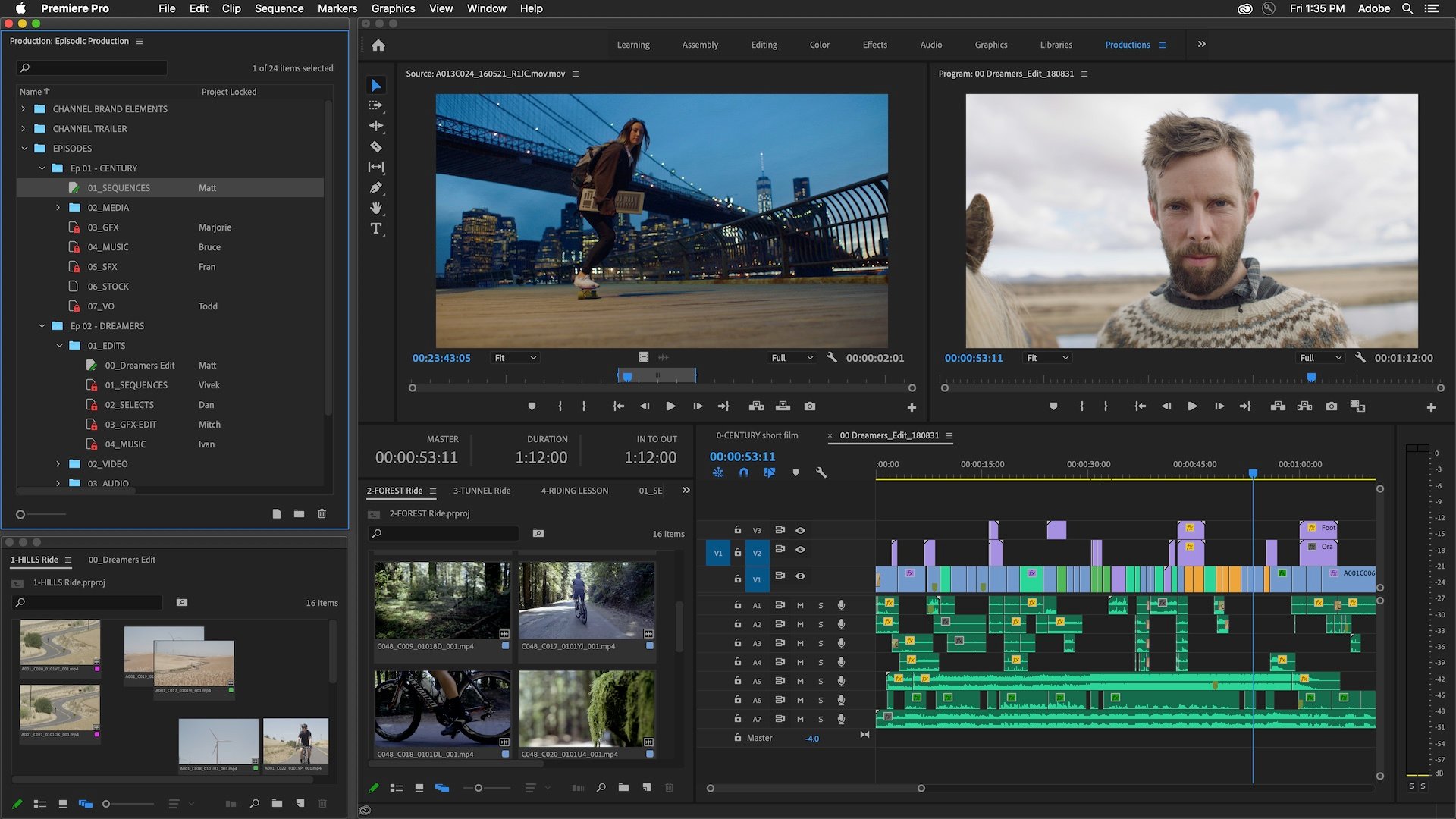 Productions is a panel which provides a toolset to manage projects, share assets, and organize these assets in either a collaborative or solo production environment.

Productions will appear as a panel in Premiere and allows for starters the division of projects into smaller components. The examples that Adobe cites might include organization by reels, scenes, seasons, episodes, audio or visual elements. The project owner can grant permissions to specific users to reference or even retrieve items and of course restrict others.

Since Productions panel merely references assets already on shared local storage or cloud storage, users can retrieve or reuse specific elements without creating new files, saving on storage and preventing project bloat. And of course sharing is OS agnostic allowing Windows and MacOS users to play nicely with each other.

Productions does not require project owners or users to license Creative Cloud for Teams. Any individual or even a single application subscriber can share projects as long as the user has a valid Premiere Pro license.

Productions is designed for flexibility in security as well as storage. Shared local networks or high performance cloud storage are both supported.

All projects in a Production have identical settings, even the scratch disks. All editors who have project permissions can then access preview files, for example, generated by another user. And users can track who is working on a component of the project to track its progress.

Adobe has not yet announced a release date but as a feature upgrade rather than a standalone new Creative Cloud application, expect it to appear in a forthcoming update to Premiere Pro.